Don’t be fooled: These are Hamas-led riots in Jerusalem fuelled by anti-Semitism 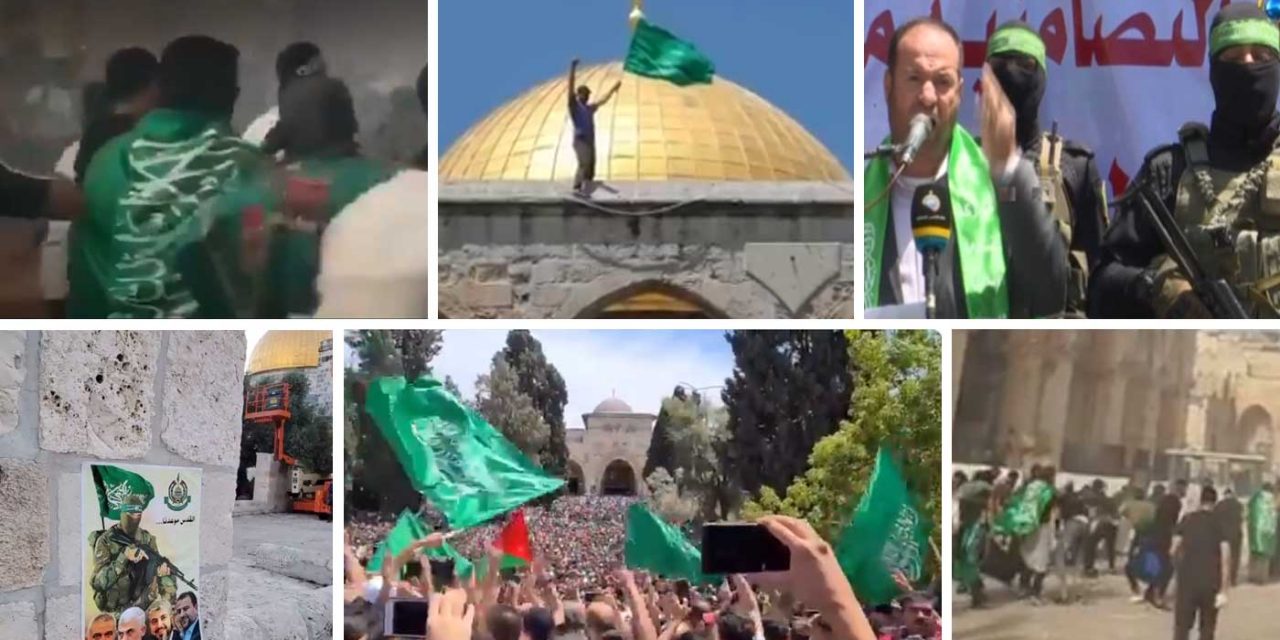 Hamas terrorism and their anti-Semitic hatred against Israel are to blame for the Jerusalem riots, not Israel.

Sadly, the British media is opportunistically attacking Israel while letting Hamas’ terrorism happen without a whimper of condemnation. In fact, some media outlets are going out of their way to paint the Palestinians as victims in these conflicts and (either knowingly or not) have been whitewashing the terrorist acts of Hamas while condemning Israel.

Let’s get the facts straight. Hamas is a radical Islamist terrorist organisation that is outlawed by the UK government and most Western nations. Hamas has pledged to destroy Israel and the Jewish people. They are anti-Semitic and anti-God. They do not want a single Jewish person to live in Jerusalem or any part of Israel. And despite Gaza being given autonomy, which was Israel’s attempt at giving up land for peace, they continue to attack Israel and vow not to stop until Israel is destroyed.

Hamas’ involvement in the riots is largely being ignored by the media, but if you look it is clear for ALL to see.

Hamas has long incited violence against Israel, it is nothing new. By why did this happen this year? It wasn’t because of Israel’s plans to evict families from their homes as many in the media say. It wasn’t because Israel is building new homes in Judea and Samaria (the West Bank) either. It was because of Hamas’ anti-Semitic hatred of Israel and the Jewish people and their refusal to allow any Jewish person to dwell in Jerusalem.

Tensions flared particularly this year because the Muslim festival of Ramadan collided with Jerusalem Day. Ramadan is known to be a time when Islamic terrorism spikes. There are religious reasons for this, with some Muslims believing that acts of terrorism and ‘martyrdom’ awarding them extra rewards or blessings when committed during Ramadan. This means that extremist Islamist organisations like Hamas can incite their people to an increased level of violence at this time. And Ramadan coinciding with Jerusalem Day, a day when all Israelis (not just ‘ultranationalists’ as some media outlets claim) celebrate the reunification of Jerusalem it led to a deadly concoction that sparked this violence by Hamas supporting Palestinians.

There were a number of terror attacks against Jews in the month of Ramadan. A Jewish Israeli teenager was shot dead by a Palestinian terrorist. A separate attack by Palestinian gunmen was thwarted by Israeli forces who shot dead two terrorists armed with guns a few days later. There were numerous incidents of Israelis being attacked by Palestinian mobs and so forth.

Despite these attacks, there were no calls from world leaders for Palestinians to calm tensions. These attacks were largely ignored by the world. And in the days leading up to the riots, instead of calming tensions, Hamas leaders called for further violence.

Senior Hamas Official Fathi Hammad went as far as commanding his supporters to buy a knife in order to behead Jews.

Note that he did not say ‘Israelis’, he said ‘Yahud’ (Jews).

Hammad demonstrated how they should “cut their heads off” from the artery. He added that a knife only costs five shekels, saying: “with those five shekels, you will humiliate the Jewish state.” Hammad continued to say that Jews have spread corruption and acted with arrogance, and their day of reckoning and moment of destruction have come.

Hammad’s comments were made on Friday, 7th May 2021. That was the last Friday of Ramadan, the same day that tens of thousands of Palestinians gathered on the Temple Mount to pray and afterwards chanted and celebrated under the flags of Hamas. (It is worth noting that not all the Palestinians gathered were celebrating under Hamas’ banner. However, there is clearly support for the group. There are more Hamas flags than there are Palestinian flags.)

On Monday morning, before the rioting began, thousands of Palestinian men once again gathered on the Temple Mount around the Al-Aqsa Mosque and once again several men were seen waving the flags of Hamas. As the flags were waved the crowds below chanted ‘Allah Akhbar, the crowd was actively seeing the Hamas flags and getting ready for the upcoming conflict. They knew which banner they were fighting under, not the Palestinian flag, but the flag of Hamas.

Where’s Jordan’s Al-waqf from this?

Why didn’t Al-waqf stop Hamas/ Iran’s 🇮🇷 Temple Mount takeover? Are they & Hamas one & the same?

Time for foundational changes at the Temple Mount!

Maybe Saudi Arabia 🇸🇦 can be involved.. Muslims here are Sunni after all. pic.twitter.com/teg4TT7VkF

In addition to this, a muezzin (the man who calls Muslims to prayer at the mosque) for the Al-Aqsa mosque used the opportunity to call on Hamas to fire rockets at Israel as seen in the video below. A shocking incitement in what should be a place reserved for religious worship.

Alongside this, pro-Hamas posters were placed around the Temple Mount complex, as were rocks and boulders which had been gathered up in preparation for conflict.

Let’s be clear – this was all pre-planned by Hamas and their supporters.

Unlike the narrative being driven by the media, Israeli forces weren’t planning on storming the Temple Mount or entering Al-Aqsa. It was the rioters who were planning on instigating a conflict with Israeli forces and there is video evidence showing how they tried to break through the doors from the compound to enter the Jewish quarter of Jerusalem to attack Israelis. This is what started this particular engagement.

When the conflict broke out Israeli police were forced to enter the compound and attempt to break up the violence. All the while, those fighting the Israelis included those draped in Hamas flags. And the root of this fight goes back much further than a few days.

Sadly, the media has largely painted Israel as the aggressors and the Hamas supporters as the victims. British media and even British politicians have condemned Israel for what is happening in Jerusalem. Yet, according to British law, it is illegal to support the terrorist actions of Hamas. Many, it seems, have been fooled into defending Hamas.

On top of this, over previous days Hamas terrorists launched fire balloons that caused a number of fires in Israel’s south. And today Hamas rockets were fired at Israeli civilians. A family home was hit and even a car being driven by an Israeli civilian was targetted by a Hamas anti-tank missile. The driver was lightly injured in the blast.

Israel is now responding to these attacks. There are reports that Palestinians in Gaza have been killed in the strikes and already news articles are making it sound like it is Israel’s aggression against the Palestinians rather than Israel responding to terrorism.

It is vitally important that we all stay vigilant at these times and spread the truth. Israel, God’s chosen nation, is under attack from the terrorists of Hamas and those who hate the Jewish people. On top of this, some parts of the media, politicians and anti-Israel activist groups are working overtime to smear Israel and defend the evil she faces. The truth, however, is that radical anti-Semitic terrorism from Hamas and other ungodly actors is the root cause of this conflict, not Israel.