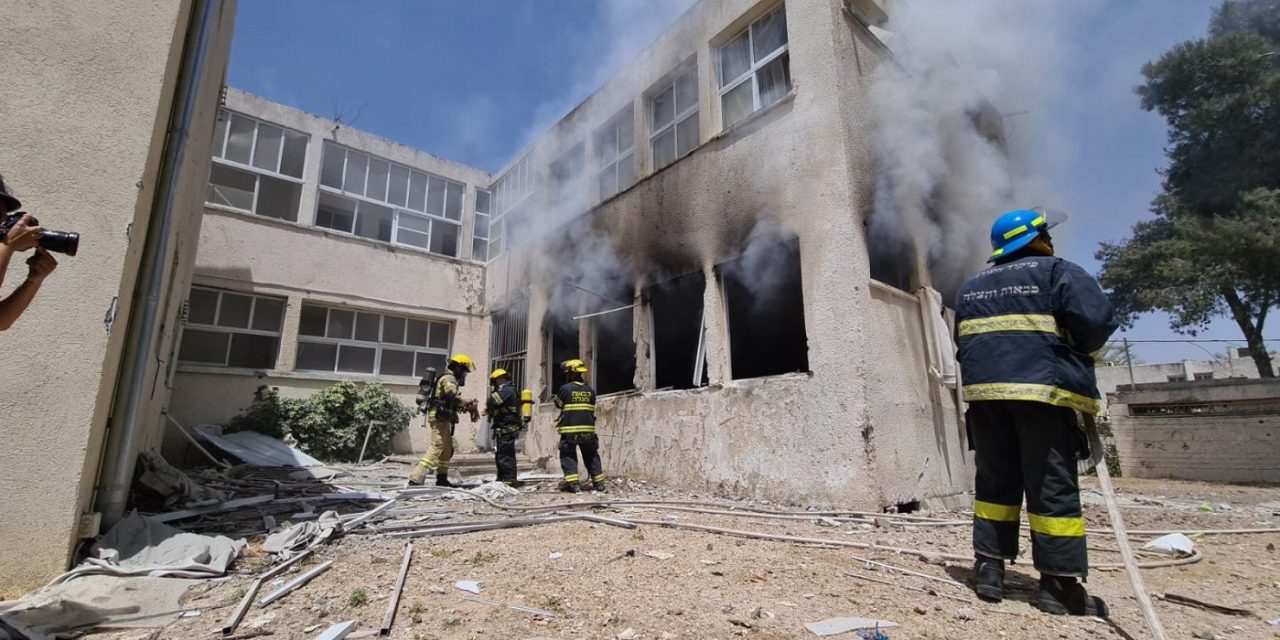 Two Israeli women have been killed and dozens injured, including two seriously, after a barrages of rockets from Gaza were fired at southern Israel throughout Tuesday.

Meanwhile, a school was among a number of buildings in the region directly hit by rockets. Thankfully, the school was not in attendance due to the current wave of violence.

#BREAKING: Direct impact on a school in Ashkelon, no children were at the school due to IDF orders pic.twitter.com/z66gzAkTN9

The Hamas terror group claimed that at one stage on Tuesday it fired 137 rockets in around five minutes in an apparent attempt to overwhelm the Iron Dome missile defense system. An hour later the two women were killed by rockets targeting the coastal city of Ashkelon.

Israel’s Channel 12 reported that the deadly rocket attack directly struck a home where an elderly woman and her caregiver, who did not manage to get to a public shelter in time, lived. One of the women was killed, the network said, without identifying the victim.

Hamas rocket hit a house in Ashkelon, killing two innocent women. Over 500 rockets were fired at Israel in the last 24 hours.
Why is the media silent?
Please RT if you support Israel's right to retaliate!pic.twitter.com/MIZGhxmcqN

The Barzilai Medical Center in Ashkelon said that it treated 74 casualties, including two seriously wounded and two in moderate condition. Forty-nine people received treatment for light injuries, with the remainder suffering from anxiety.

🔴 BREAKING: A car in Ashkelon was hit by a rocket fired from Gaza #IsraelUnderAttack pic.twitter.com/ueKDxsp58u