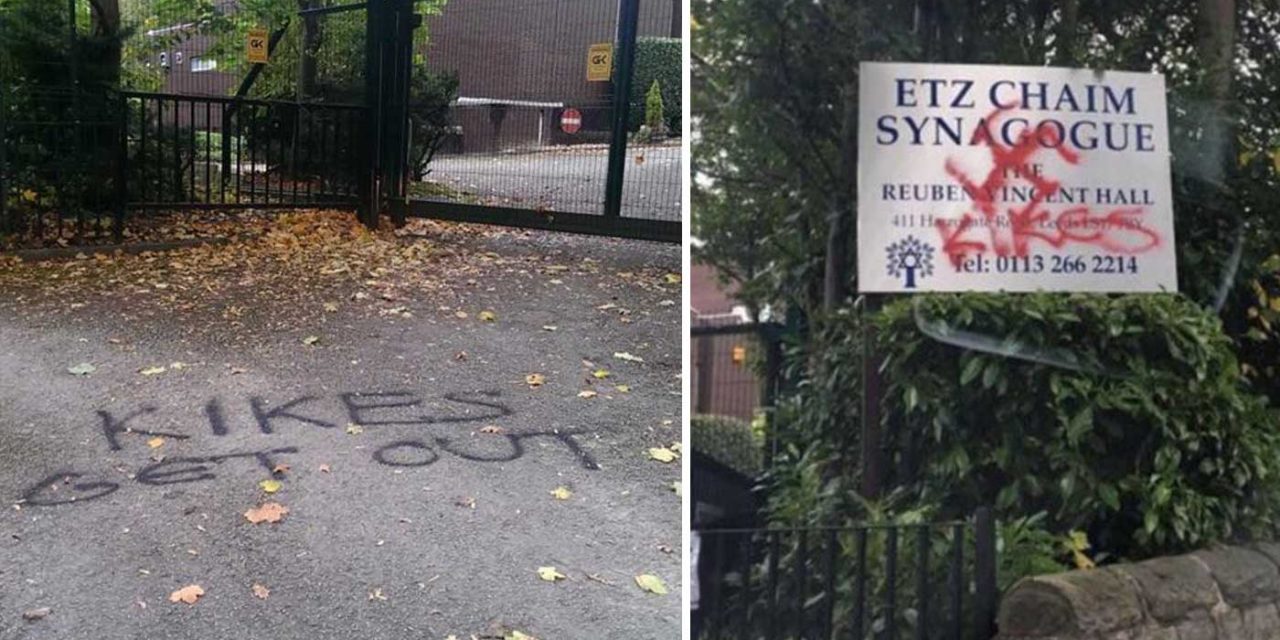 The half-year figures published by the Community Security Trust (CST) reveal there were 727 anti-Semitic incidents from January to June.

“Any fall is welcome,” said CST chief executive David Delew. “But these are the second worst figures ever and continue a trend that has lasted for over two years. Anti-Semitism is not a random event. It reflects the state of British politics and wider society.”

The latest report said that “CST recorded over 100 antisemitic incidents in every one of the six months from January to June 2018, continuing a pattern of historically high monthly totals exceeding 100 incidents in all but two months since April 2016.”

“This is unprecedented: for comparison, CST only recorded monthly totals above 100 incidents on six occasions in the decade prior to April 2016,” the report added. 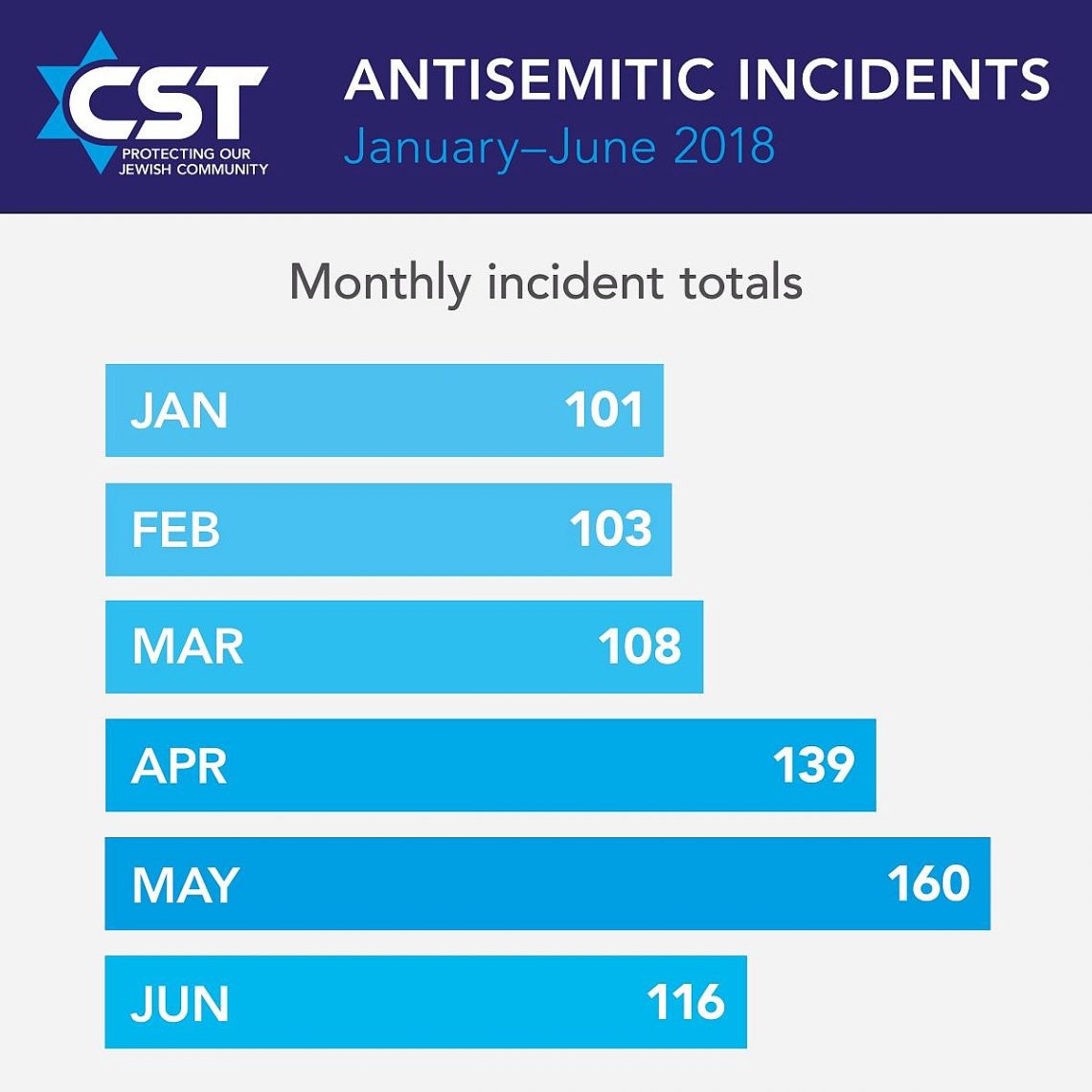 To explain the two spikes of incidents in April and May, the report says the increase was likely caused in part by “reactions to political events in the UK and overseas, involving the Labour Party and violence on the border of Israel and Gaza, during those months.”

Board of Deputies Vice President Amanda Bowman reacted to the figures, saying: “The Community Security Trust’s latest report shows a small reduction in antisemitic incidents in the first six months of this year but reported antisemitism is still at historically high levels so there is no room for complacency. We commend the CST for their valuable work and we will continue to work with our colleagues there as well as with the Government, police, parliamentarians and public authorities to ensure that the UK continues to be a safe and welcoming place for the Jewish community.”