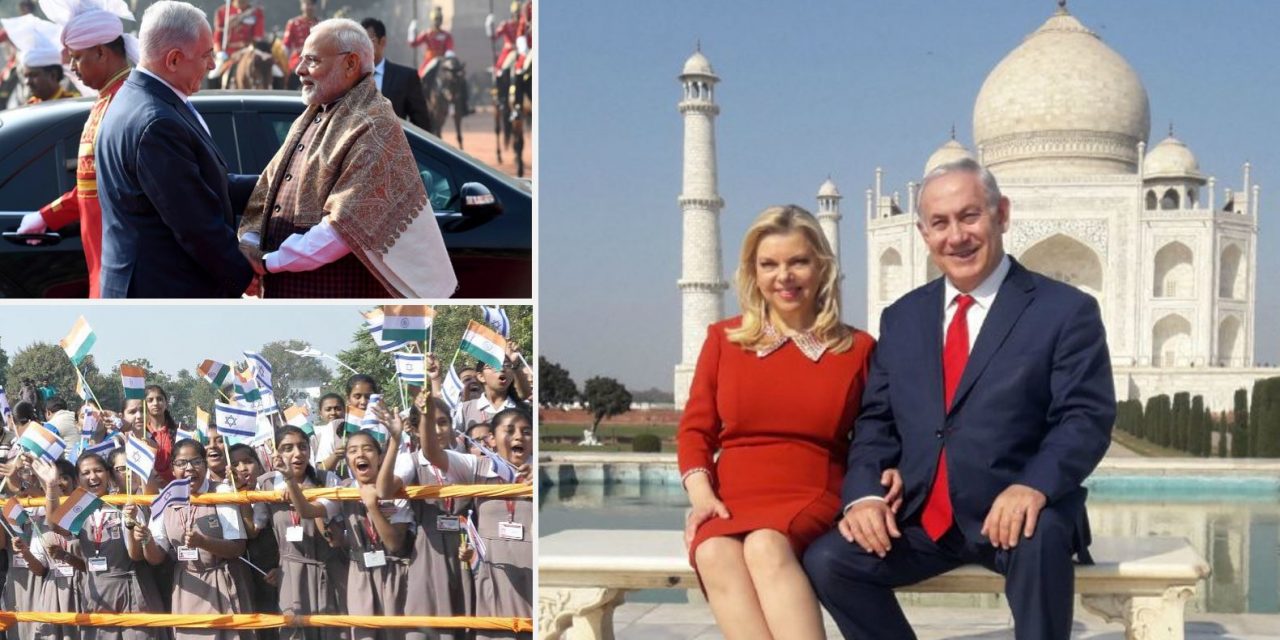 Prime Minister Netanyahu and Indian Prime Minister Narendra Modi hailed the “dawn of a new era” in their relations after signing nine deals in defence, agriculture and aviation.

Bilaterial relations were strengthened this week as Prime Minister Netanyahu completed his first ever trip to India.

Here are some of the key moments:

Crowds gather at the hometown of PM Modi

Thank you to the thousands of Indians who welcomed us to Ahmedabad today with Israeli flags and tremendous support! pic.twitter.com/8PArVrpUPo

9 business deals are made between India and Israel

I arrived in India with the biggest delegation of business leaders that has ever joined an Israeli PM on an official visit. The goal: to deepen the economic ties between India and Israel. Prime Minister @narendramodi, thank you for believing in Israel just as we believe in India. pic.twitter.com/dsizuIBtFC

6 ways India and Israel are innovating together

🎥 WATCH: Israel & India are utilizing their innovative spirit and technological resources to find solutions to some of the world’s most pressing issues.

Here are 6 ways 🇮🇱& 🇮🇳 are innovating together for a brighter future: pic.twitter.com/eUbMMWjmDK

Netanyahu meets terror attack survivor Moshe Holtzberg, whose parents were both killed, and visited the site of the attack in Mumbai

Read more about this story here

PM Netanyahu: "I'd like the Bollywood stars who are here tonight and the directors and the producers to join me right now for a selfie. Please come on stage, let's all have this photo so a few hundred million people can see the great friendship between our two countries" 🇮🇱🇮🇳 pic.twitter.com/BAXgEcLhDY