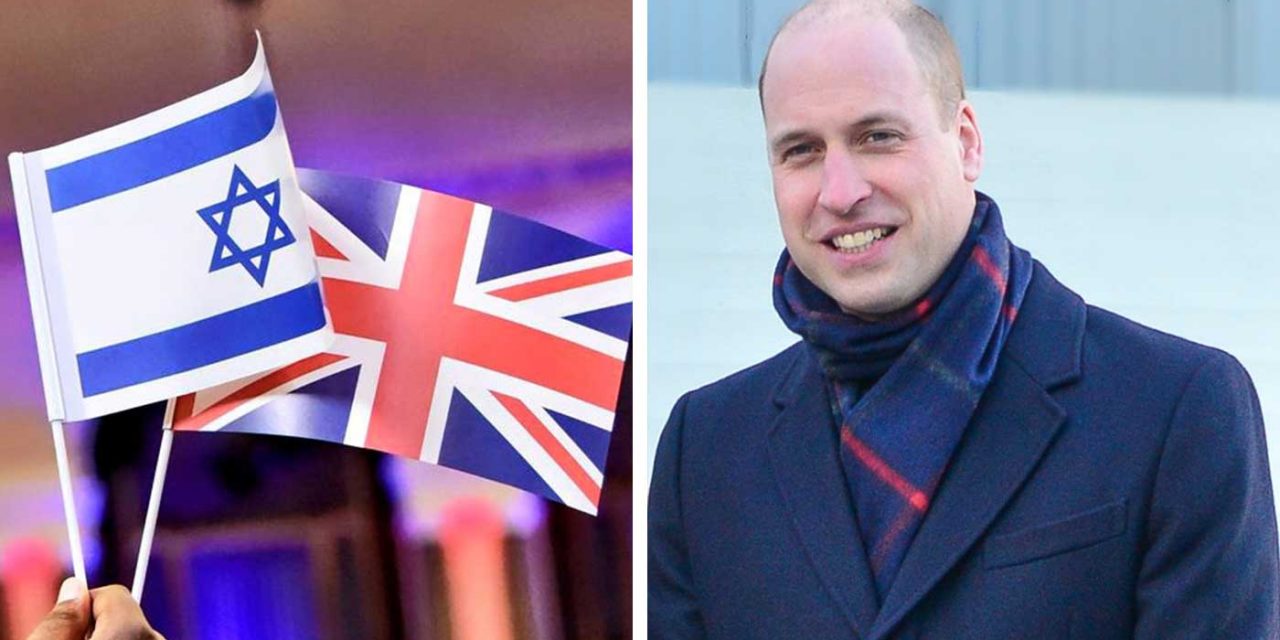 Prince William, the Duke of Cambridge, will touch down in Tel Aviv on 25 June for the first official Royal visit to Israel, it’s been announced today.

The second in line to the throne will arrive in Jordan a day earlier at the start of a five-day tour of the Middle East.

The 26 June will be spent in Jerusalem and Tel Aviv, as will the next day when Ramallah will also be added to the schedule. The trip will conclude in Jerusalem on 28th.

It will be the first state visit to Israel by a member of the British Royal Family in the country’s 70-year history. No member of the Royal Family has made an official trip to Israel since it was established in 1948, despite a series of invitations from the Israeli government.

When the visit was first originally announced in March, Mark Regev, Israel’s ambassador to Britain, said: “Israel looks forward to welcoming His Royal Highness this summer, for what promises to be an exciting and historic visit.

BICOM also suggested William may visit some holy sites in Jerusalem, such as the Anglican St George’s Cathedral, which was established in 1899, while in the so-called West Bank, it said William “is likely to visit Bethlehem, potentially visiting the Church of the Nativity”.