CUFI delivers over 2000 of YOUR Jerusalem postcards to Parliament 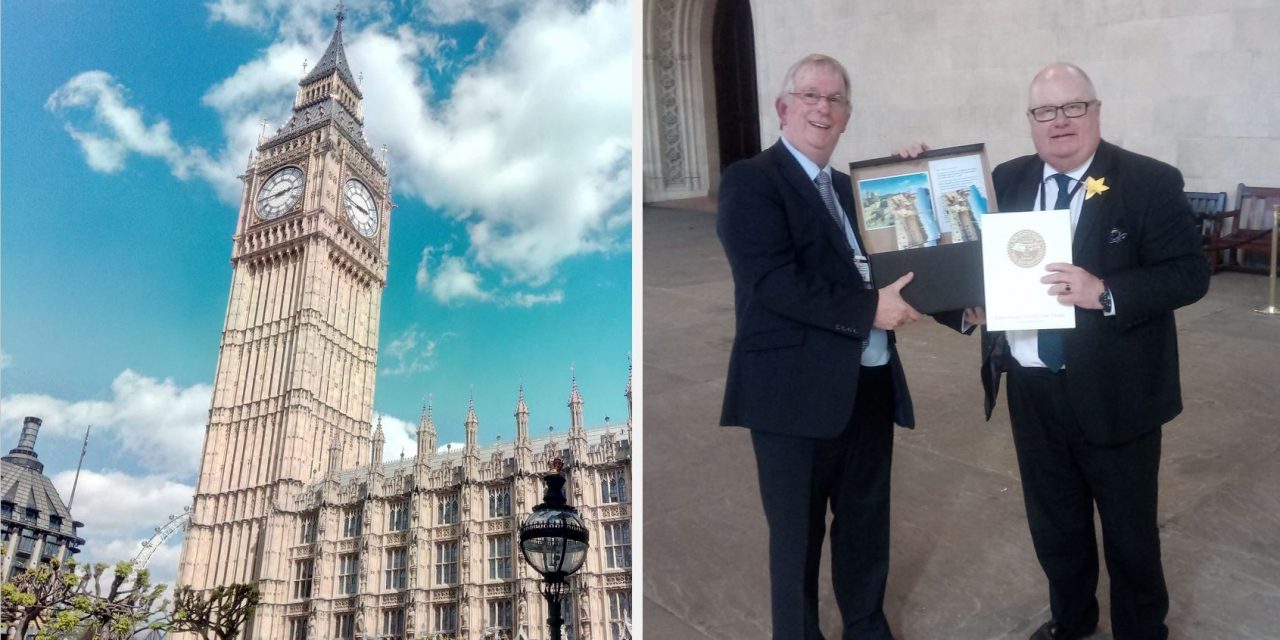 CUFI presented over 2000 Jerusalem postcards on Wednesday from supporters across the country to the UK Government.

The postcard campaign was in partnership with Shalom Initiative, a project of the Board of Deputies for British Jews. CUFI UK Executive Director, Des Starritt, and Board representative, Steven Jaffe, met with Sir Eric Pickles in Parliament before handing the 2212 postcards over to the Foreign Office. The postcards submitted by CUFI supporters since the campaign was launched in December formed part of over 6,500 postcards submitted in total together with the Jewish community.

Following the presentation, Des Starritt said, “We are here to support Israel, to speak out for Israel and we will continue to do that. We want to thank all those CUFI supporters that signed and returned a postcard to us.”

Referring to the general election vote that took place whilst CUFI was at Westminster, Des added, “Today is a momentous day here in Parliament, but it is significant day for Christian support for Israel. This is just the beginning and there will be more opportunities for supporters to get involved by having a strong voice in support of Israel through our various campaigns at CUFI.

Steven Jaffe, representing the Jewish community, expressed his delight at the way in which Christians and Jews are making a stand for Israel:  “The postcard campaign for Jerusalem has seen over six and a half thousand postcards sent to the Foreign Secretary and it has come from people right across the United Kingdom.”

“We are making a noise for Israel, to show our support and that we are blessed that we can visit Jerusalem as a holy city, as a city where freedom of worship is respected both for residents and visitors alike. I would like to say a huge thank you to everyone who signed the postcard for Jerusalem. We have shown that there is support for Israel in the country and it is hugely appreciated by the Jewish community here in the UK and in Israel.”

CUFI also thanked the UK Government for its commitment in supporting the State of Israel. We also appreciate recent actions by Britain at the UN; for example, the UK’s vote against a biased resolution at UNESCO in October and more recently, the UK’s decision to put the UNHRC ‘on notice’ following further bias against Israel.