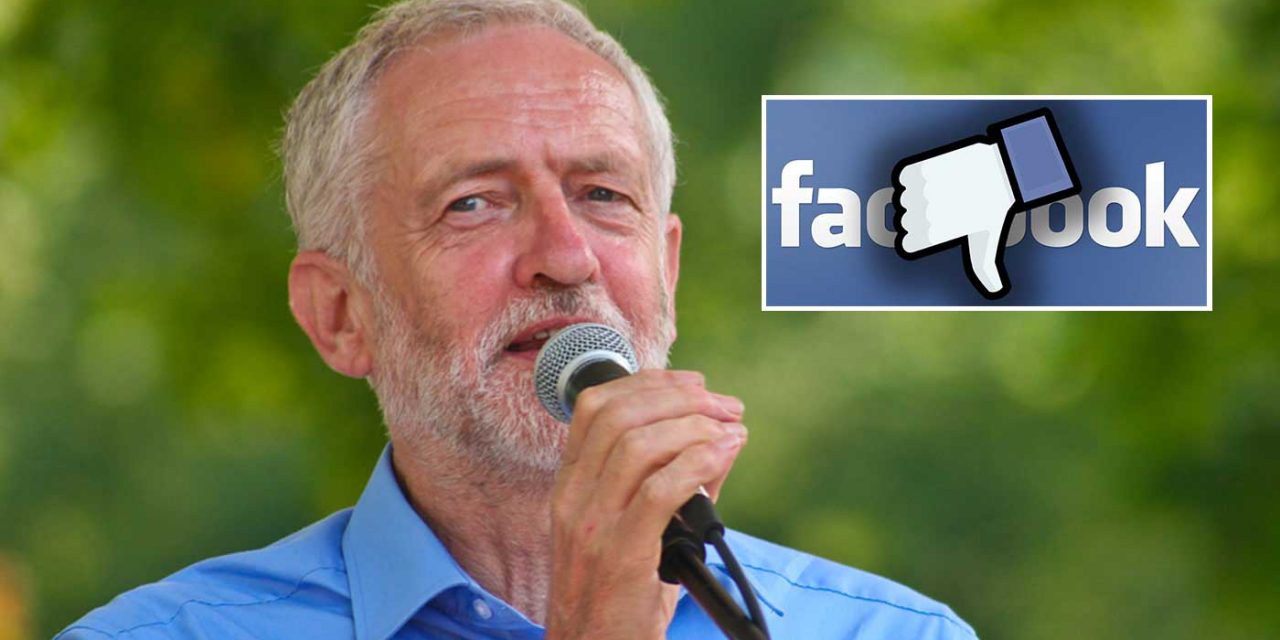 Labour leader Jeremy Corbyn has deleted his personal Facebook account after it emerged he was a member of five groups that promoted anti-Semitism.

Mr Corbyn was an active user of his Facebook account before he became Labour leader. It is this same account that he used to express support for an anti-Semitic mural, which sparked an outcry last month when it was brought to public attention by Luciana Berger, a Labour MP.

Last week saw more than 1,000 members of the Jewish community gather in Parliament Square to protest #EnoughisEnough regarding anti-Semitism in the Labour party.

At the rally, Louise Ellman, the Labour MP, called on Mr Corbyn to “make full disclosure of any dubious past Facebook associations”.

She called Labour’s anti-Semitic associations “horrendous” and said the Labour leader must be upfront about his past activity on the social media site, instead of waiting for it to emerge in the media.

“This issue has been troubling people for a long time. Now, everything is coming out of the woodwork. The Labour party should rebuilt trust, not sink deeper into the hole.”

The Labour party has confirmed Mr Corbyn deleted his account today but did not explain why. The link for its old page now says: “Sorry, this content isn’t available right now.”

The account closure came ten days after Mr Corbyn announced he would not be quitting Facebook in the wake of the privacy scandal surrounding the social media site.

It is important to note that Mr Corbyn’s political Facebook page is still open so he will still be active on the social media platform in a professional capacity. The account he deleted was his personal account which, like our own personal accounts, he used it to connect with his personal friends, liked pages he was interested it, updated his timeline and so forth. This gave an insightful look into the mind of the man. Corbyn’s deletion of the account raises the question, did he have more to hide?