Copenhagen imam accused of calling for killing of Jews 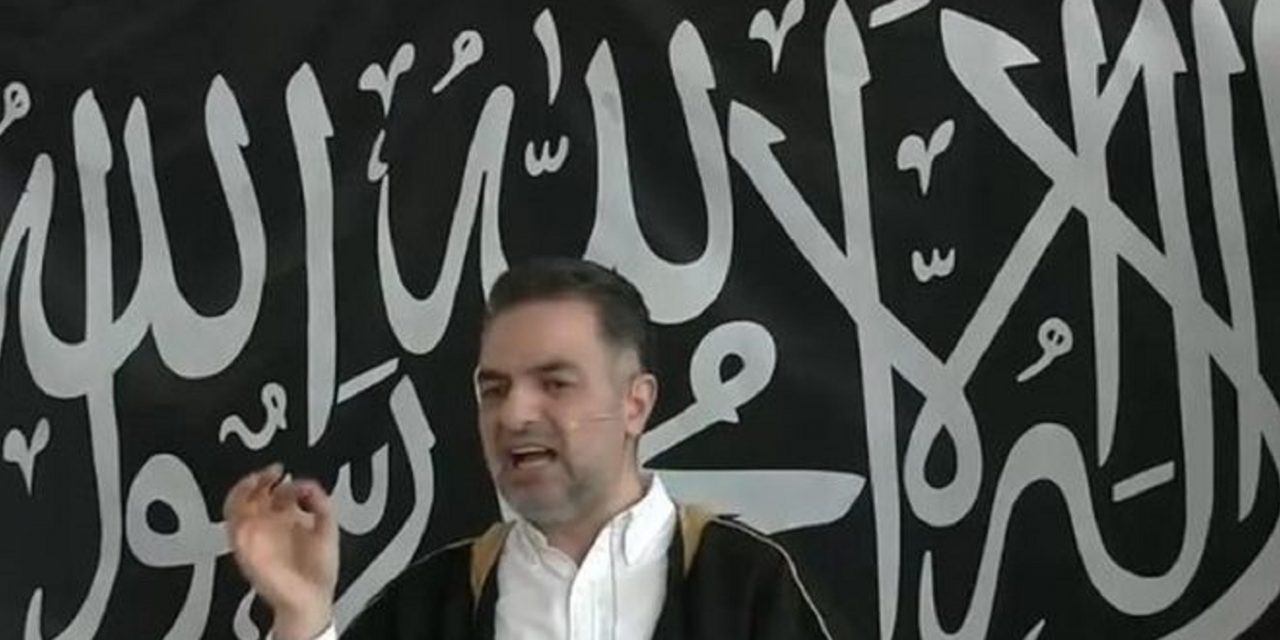 A video of an imam appearing to call for the murder of Jews in a sermon during Friday prayers at a Copenhagen mosque has caused outrage in Denmark.

Mundhir Abdallah was reported to police after being filmed citing in Arabic a hadith- a teaching of the Prophet Muhammad – considered anti-Semitic.

The hadith says the Day of Judgement “will not come unless the Muslims fight the Jews and the Muslims kill them”.

A Jewish community leader said his words were a “thinly-veiled” threat.

Videos of the sermon were posted on YouTube and Facebook by the Al-Faruq Mosque on Sunday, although Mr Abdallah reportedly gave it on 31 March.

A part of the 30-minute address was later translated by the Washington-based Middle East Media Research Institute (Memri).

In the video, Mr Abdallah is seen standing in front of a black flag with the Shahadah written on it, similar to those used by jihadist groups such as al-Qaeda.

He declares there will soon be a “caliphate” – a state governed in accordance with Islamic law, or Sharia – that will wage jihad to unite the Muslim community and liberate the al-Aqsa mosque in Jerusalem “from the filth of the Zionists”.

Then, he says, “the words of the Prophet Muhammad will be fulfilled” and cites the hadith.

Jewish community leader Dan Rosenberg told the Politiken newspaper: “We are concerned weak and impressionable people may perceive this kind of preaching as a clear call to violence and terror against Jews.”

“This is completely preposterous, undemocratic and awful,” the centre-right Venstre politician wrote on Facebook. “But it also shows why we need to lead a harsh and consistent policy. We cannot and should not accept this!”