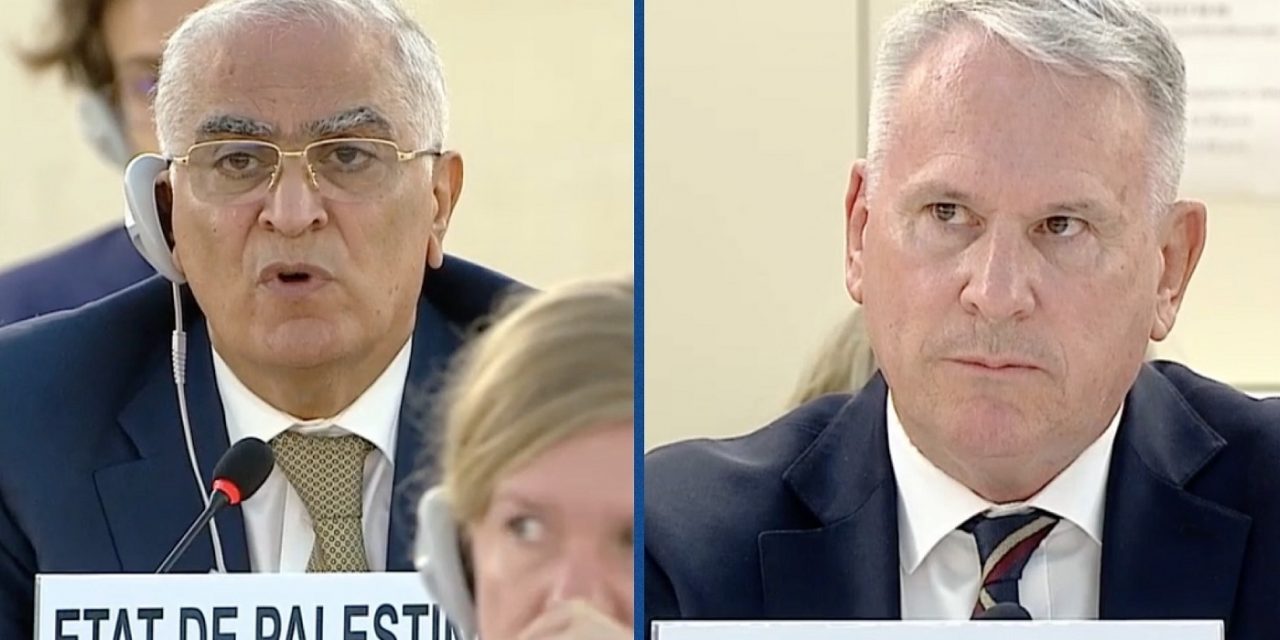 Colonel Richard Kemp has accused the UN Human Rights Council of accepting Hamas’s lies, saying that a latest  report by the UN Commission of Inquiry is equivalent to “Putin’s propaganda machine” and that their disinformation “justifies Hamas’ illegal war on Israel.”

The former commander of the British Armed Forces was addressing the UN’s Pillay Commission on Tuesday, during which the Palestinian ambassador to the UN attempted to shut him down mid-speech, but failed.

“Palestinian ambassador tried to silence me at the UN Human Rights Council today and failed,” tweeted Kemp, “He can’t handle the truth”.

In the inquiry, the probe’s chairwoman, Navanethem “Navi” Pillay,  had blamed Israel for the conflict with the Palestinians and called for an arms embargo against the Jewish state. Twenty-two UN nations, including the  US and UK, have co-signed a statement opposing the inquiry.

“Why is this commission swallowing their lies – hook, line and sinker – and amplifying them with a megaphone that contorts reality into a travesty of human rights?

“Neither this commission not Putin count Hamas as terrorists. You back them with words while Putin backs them with guns.

The Colonel continued his scathing attack on the biased report by the UNHRC, saying, “Today’s report validates and encourages Hamas’s terror attacks, just as it outrageously denigrates Israel’s lawful defence. Your work here today ensures renewed bloodshed tomorrow. It incites hatred of Jews around the world, and cruelly betrays the Palestinian people.

“Before Putin was expelled from this body,” he concluded, “he voted to create your commission of inquiry, and now – like Hamas – he has endorsed your report. I can think of no greater indictment.”