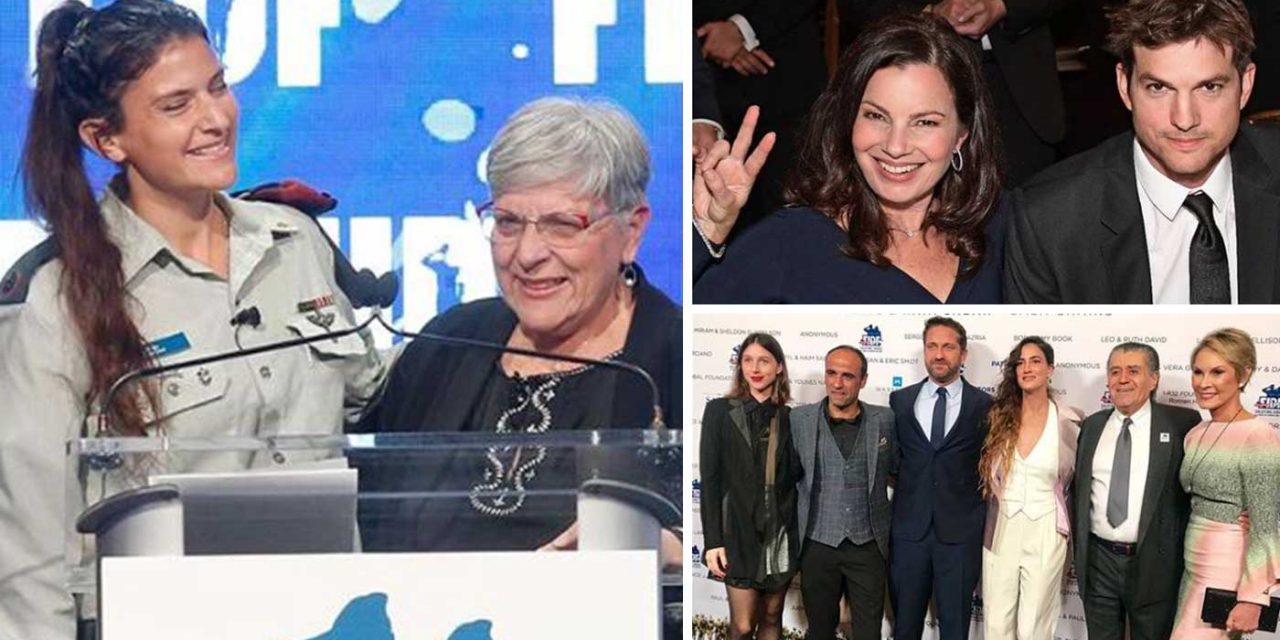 Hollywood stars attended this special event to raise money for the Friends of the Israel Defense Forces (IDF) at their annual Gala dinner in New York.

The theme of this year’s event, hosted by Haim and Cheryl Saban was “Making a Difference: 70 Years of Heroes and Hope,” designed around front line heroes and the “heroes behind the heroes” – paramedics in the IDF.

Shortly before the official ceremonies commenced, a voiceover announced: “We have gathered tonight to honor those who give everything to defend the Jewish people and the Jewish State. Before we begin our program we’d like to take a moment to acknowledge that today our Jewish family is in mourning. Please join us in a moment of silence as we honor the 11 congregants of the Tree of Life Synagogue in Pittsburgh who were senselessly murdered this past Shabbat.”

There wasn’t a sound as 1,200 people, heads bowed, stood in silence in the packed ballroom. And while everyone who came was there to support FIDF and Israel’s soldiers – as well as to see Pharrell Williams perform – it came as no surprise at the end of the evening as $60 million had been pledged – the largest amount ever for the charitable organization at a single event.

The largest donations came from the Sabans and Sheldon and Miri Adelson, who pledged $10 million each. Cheryl Saban said, “I wasn’t born into a Jewish family, I was absorbed and loved into a Jewish family.” Another voiceover announced that this year is Israel’s “70th anniversary of hope, heroism, democracy and freedom.”