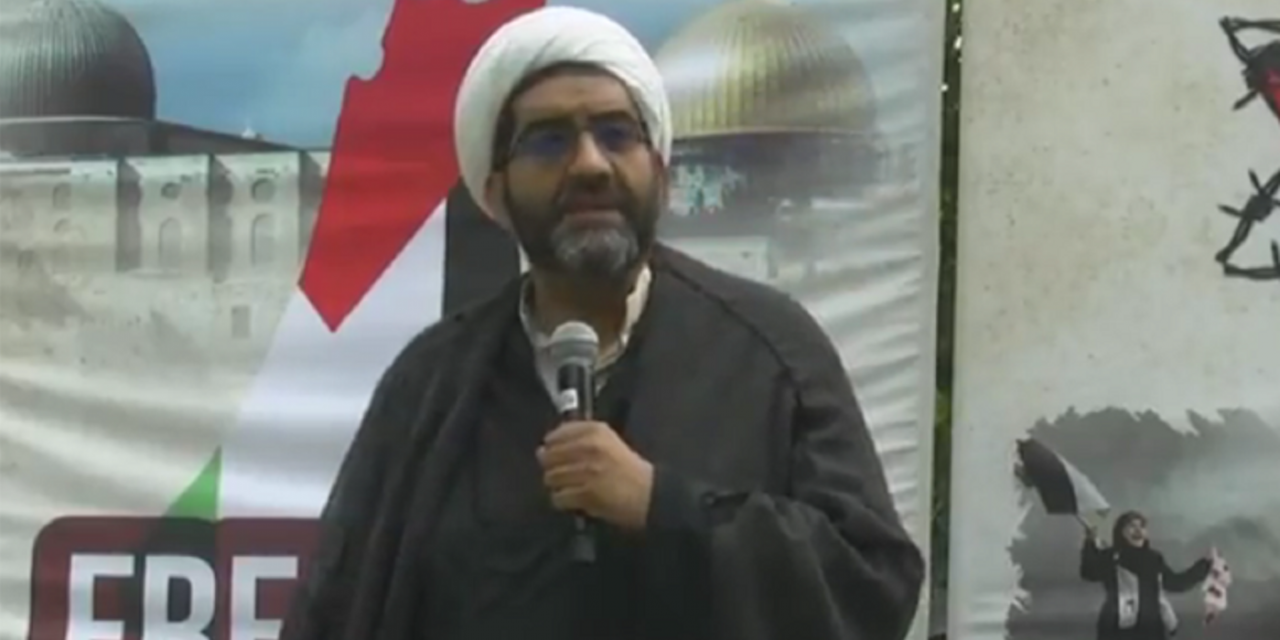 An Ontario-based Islamic cleric who called for the “eradication” of Israelis and Zionists at Toronto’s Al-Quds Day rally is “in clear violation of the Criminal Code,” according to a member of Canada’s Parliament.

Quebec Conservative MP Steven Blaney made the charge in the House of Commons on June 11, two days after the annual rally in downtown Toronto heard the address from Sheikh Shafiq Huda of the Islamic Humanitarian Service in Kitchener.

“A day will come when we will see justice throughout the world: the eradication of the unjust powers, such as the American empire, such as the Israelis and Zionists,” Huda said to cheers and applause at the rally.

It’s a crime to promote genocide, or to incite hatred against an identifiable group, Blaney said. “Unfortunately, that is what we saw when demonstrators called for the destruction of a democratic country in the Middle East, Israel, and its people.”

This is not Iran. This is Canada. Quds day protests are filled with child abuse & antisemitism. Photos of Khomeini, Khamenei & Nasrallah were held up by demonstrators. Clerics educated by 🇮🇷 & exported to 🇨🇦were also there. With a little investigation a lot can be revealed. pic.twitter.com/HQRLLeCPvD

His and other MPs’ remarks came during debate on an Opposition motion, which passed on 12 June, that condemned Iran for sponsoring terrorism around the world, including instigating recent violent attacks on the Gaza border, and recent statements by Iranian Supreme Leader Ayatollah Ali Khamenei, who called for a genocide against the Jewish people.

The motion also called on the House to stop “any and all” negotiations with Iran that are designed to restore diplomatic relations with Canada, which were cut in 2012 by the previous Conservative government.

To some observers, Liberal support for the motion signals a change in the government’s policy toward Iran.

Blaney also wondered how the Islamic Humanitarian Service received funding through the Canada Summer Jobs program, which has come under fire because recipients must adhere to a “values test.” He asked the minister responsible to explain the “blunder.”

Kent said that “thousands” of young Canadians have been denied summer jobs because the groups that would have hired them refused to “bow” to the government’s “imposed” values test. He, too, wondered how Huda’s Islamic group received funding through the program.

In response, Patty Hajdu, the minister of employment, workforce development and labour, said that applications to the program are “thoroughly vetted.”

Other MPs tied Al-Quds Day to Iran’s ongoing threats against Israel. The annual event was launched by Iran in 1979 to “liberate” Jerusalem from Israeli control.

In a tweet earlier this month, Khamanei called Israel a “malignant, cancerous tumour” that has to be removed.