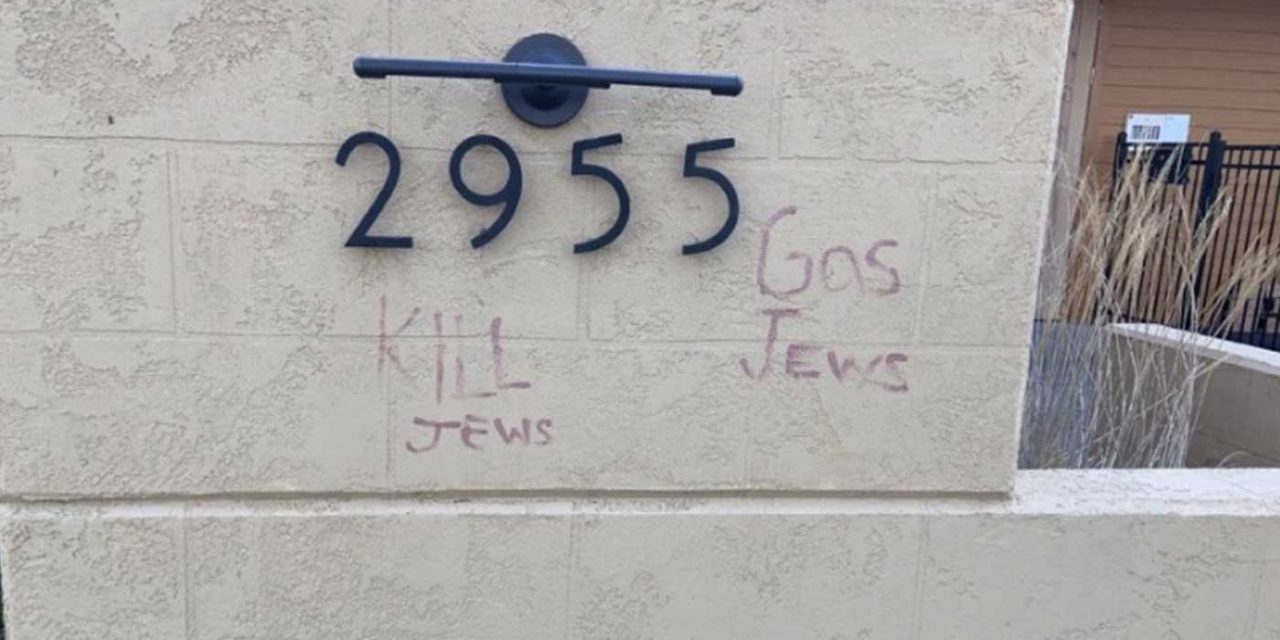 Police in the Canadian city of Victoria, British Columbia, are looking for two suspects after a Chabad Centre for Jewish Life and Learning was vandalised with anti-Semitic graffiti.

The incident took place on Tuesday when staff discovered the words “Gas Jews” and “Kill Jews” sprayed on the building. CCTV footage showed two suspects carrying out the hate crime.

Police were called to investigate and the graffiti was cleaned away by staff.

Update: it’s been painted over and the community has responded pic.twitter.com/fxpjIXYmG4

FSWC said in a statement that the words “Kill Jews” and “Gas Jews” were found drawn in front of the Chabad Centre for Jewish Life and Learning.

“As Jewish communities and many others commemorate the six million victims of the Holocaust who were murdered simply because they were Jewish, it is extremely shocking and sickening to see such graffiti,” said Michael Levitt, president and CEO of FSWC, who spoke with Chabad Centre’s Rabbi Meir Kaplan today to offer support and assistance.