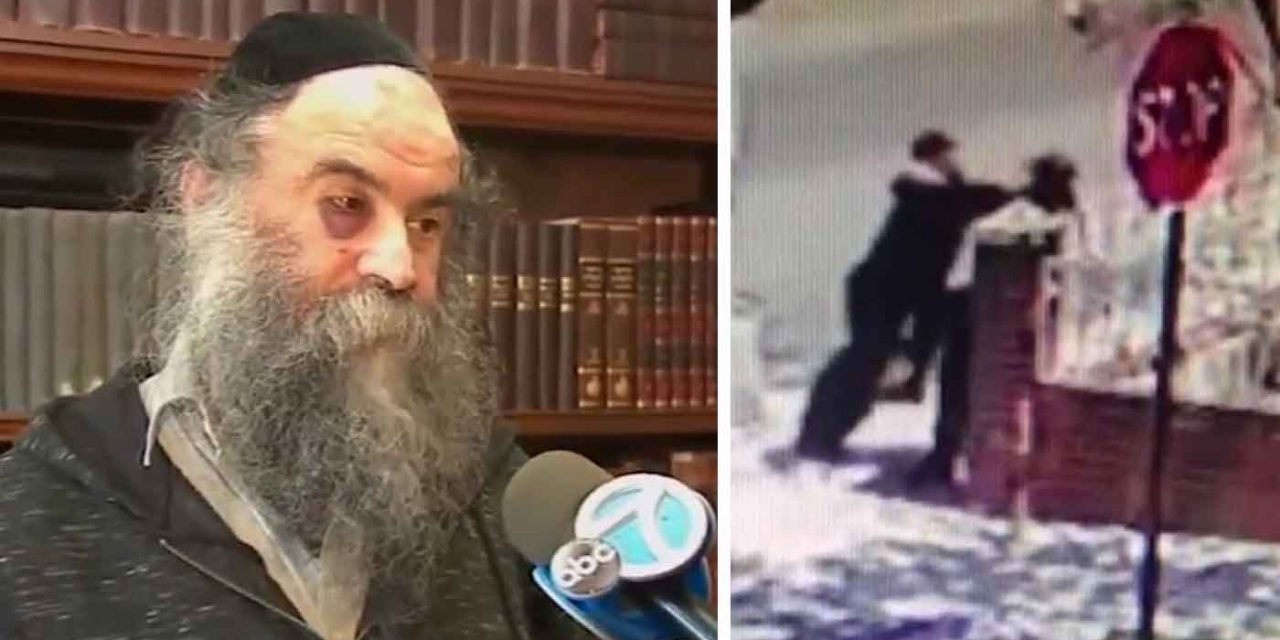 An identifiably Jewish man was beaten and choked whilst walking home from synagogue.

The attack happened at around 1:30pm on Saturday afternoon. The victim, an Orthodox Jewish man was left with a black eye, broken rib and scratches on his neck and back. He didn’t want to give his name, but says he was walking home from his synagogue when he greeted a stranger who then got very angry.

“Who are you talking to? I don’t talk to Jews.” the man replied.

The victim walked away hastily but was pursued by the attacker. “I turned around and I see that he’s right behind me,” the victim said. “And he jumped me and says, ‘I hate Jews'”.

CCTV footage shows the attacker running down the street after the victim, then wrestles with him, throwing him against a fence before punching and choking him.

When the victim cried out for help the attacker replied, “you don’t need help, I’m going to kill you right here”.

Two nurses, a man and a woman, who were walking nearby, pulled the attacker off the victim and told the Jewish man to run.

The Jewish man, however, retrieved his hat and glasses first whilst the suspect continued to hurl abuse at him. The two nurses talked the attacker out of doing anything further.

Following the attack, the NYPD is carrying out additional police patrols of the area, but some residents say it it is not enough.

The victim’s wife said, “There’s fear, there’s a lot of fear. The thing we know is that unfortunately there are people out there that want to kill us for one reason; because we are a Jew.”

This is the second time in a week that a Jewish man has been attacked in the Crown Height area of Brooklyn, New York. The first attack was on a 42-year-old Jewish man who was assaulted, it seems, because he was Jewish. He was punched in the face repeatedly during the attack.

Police have opened an investigation into the attacks as assaults motivated by bias. They are unsure at this time if both of these attacks are connected.

The Anti-Defamation League announced on Sunday that it is offering $5,000 rewards for information leading to the arrests and convictions of the individuals responsible for both attacks.

“We unequivocally condemn these senseless assaults,” said Evan R. Bernstein, ADL New York regional director. “We appreciate the leadership of the NYPD Hate Crimes Task Force who are investigating these assaults as hate crimes. Hopefully, these rewards will encourage anyone who may have seen something to come forward.”