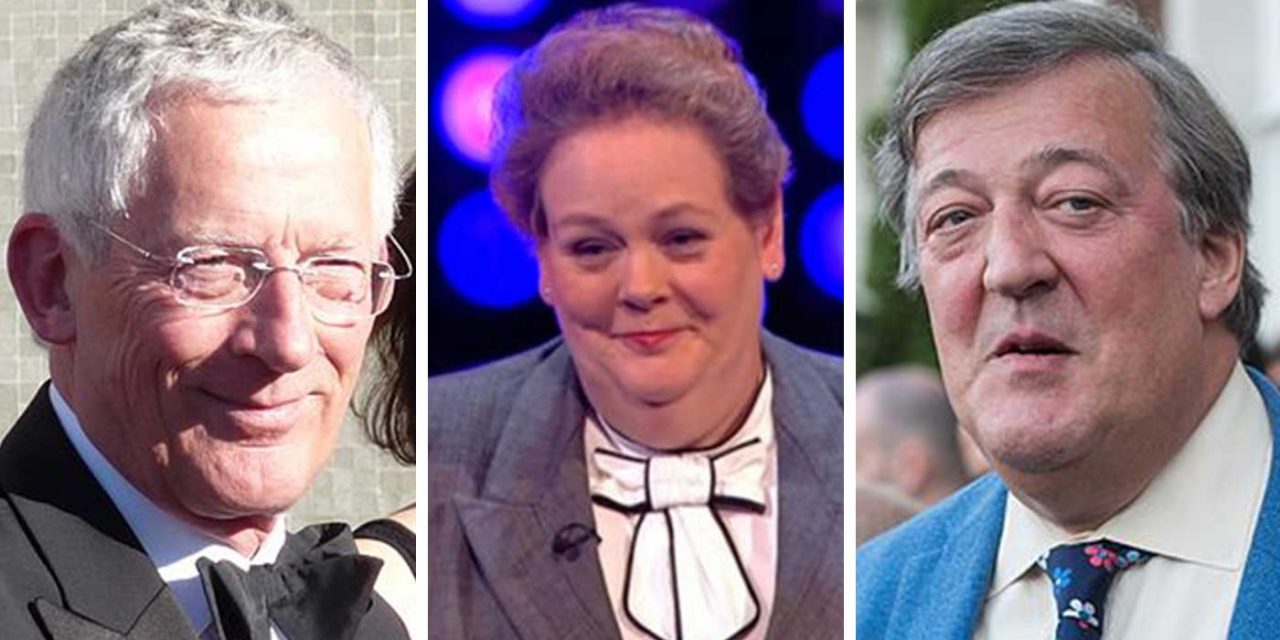 A number of British Celebrities have taken a stand against anti-Semitism this week, including Nick Hewer, who ditched the Labour party after his co-host Rachel Riley was attacked by Corbynites.

Countdown presenter and “numbers lady”, Rache Riley, has endured numerous attacks from people on Twitter as she attempts to tackle anti-Semitism and show people the truth about the problem, especially of anti-Semitism within the Labour party.

Fortunately, Riley has been given support from other celebrities around her.

Notably, the host of Countdown, Nick Hewer, has renounced his support for the Labour party following the treatment of his co-star.

He tweeted: ‘As an Anglo-Irish lapsed Catholic, raises to abhor bigotry, I am astonished at the blunt assaults and trickster arguments fired at my friend and colleague Rachel Riley for calling out anti-Semitism in that once great Labour party which I have voted for since 1964. Not any more.’

I stand with you, Rachel x

Stephen Fry, the British actor, comedian, writer and TV presenter lent his support for the star, simply tweeting, “I stand with you, Rachel x”.

Unfortunately, Fry was then himself attacked by Israel haters such as George Galloway who tried to smear Riley’s name with lies. You can read more about that here.

Don’t worry though because the “Governess” Anne Hegerty, quiz master from The Chase and contestant on “I’m a Celebrity Get Me Out of Here”, has Rachel Riley’s back.

Hegerty then engaged with some of those attacking Riley and helped defend the Countdown star. Hegerty has called out Corbyn’s anti-Semitism in a number of tweets in the past. This week was no exception.

Oh, plenty of people are impolite to me. I shrug it off. Fortunately I'm not on the receiving end of anti-semitic abuse.