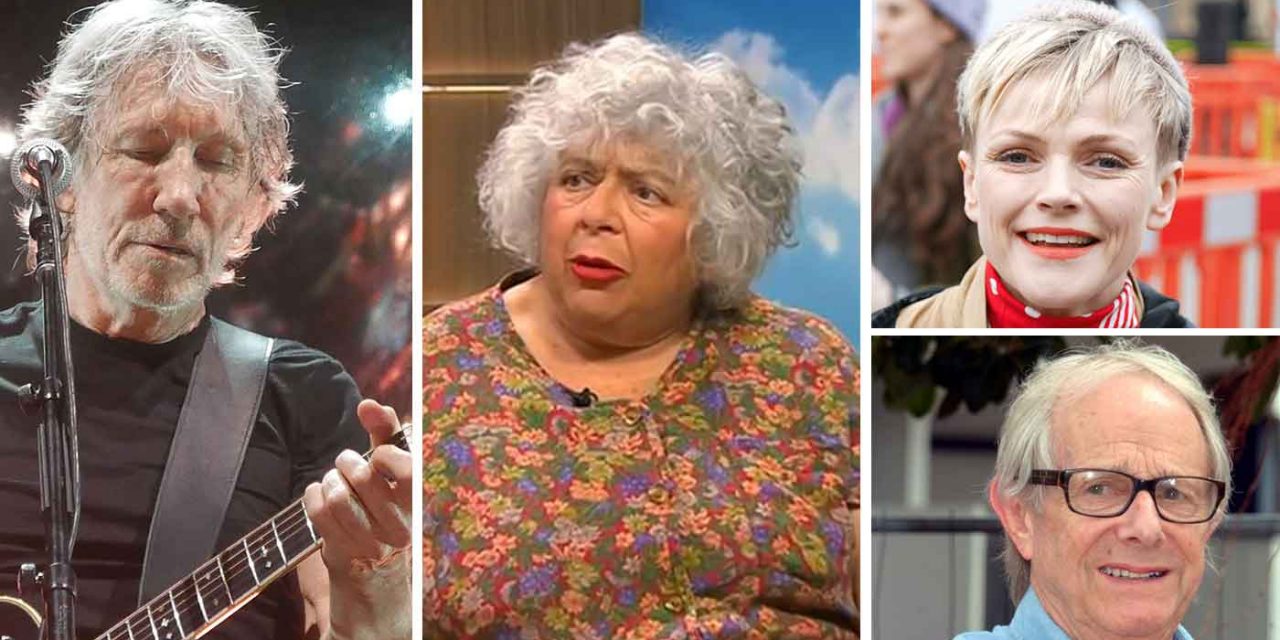 The Guardian has published a letter from 50 actors, musicians, directors and other British cultural figures, which calls upon the BBC and artists performing at Eurovision to boycott the show.

Many of the people on this list you will never have heard of but their letter is no doubt going to be spreading hatred of Israel far and wide as it makes headlines in various news outlets in the country.

The letter includes falsehoods and distortions about Israel, accusing the Jewish state of atrocities it has not committed, whilst claiming to represent “inclusivity”. They write that without irony, despite calling for artists and broadcasters to “exclude” Israel.

As well as factual errors, the letter also tries to emotionally manipulate artists who are planning to perform in Israel, saying, “For any artist of conscience, this would be a dubious honour.”

They also accuse the BBC of acting against its principles. “The BBC is bound by its charter to ‘champion freedom of expression’. It should act on its principles and press for Eurovision to be relocated to a country where crimes against that freedom are not being committed,” the letter read.

Most baffling is their take on inclusivity.

The letter reads “When discrimination and exclusion are so deeply embedded, Eurovision 2019’s claim to celebrate diversity and inclusion must ring hollow. Much more in tune with “inclusivity” is the outpouring of support across Europe for the Palestinian call for artists and broadcasters not to go to Tel Aviv.”

Do they not see the hypocrisy of that paragraph? Do they not understand that they are actively excluding an entire people group whilst claiming to be inclusive?

What’s most disappointing about this letter is that it is already garnering headlines in the media far beyond the reach this stunt deserves.

The story is currently on the front page of the BBC News website, for example, despite it being against the BBC itself. Sadly, it suggests the public broadcaster is willing to spread this biased, anti-Israel narrative even at the risk of it hurting their own brand image.

Ironically, people like Roger Waters have performed in countries that really do commit human rights abuses. He never thought to boycott his own tours or even his own performance in Israel in 2006. However, his perspective on the Israel-Palestinian conflict is warped by his own anti-Semitism. One of his previous performances featured a black pig daubed with a Star of David and other symbols. The show also features Waters ranting about Israel.

They don’t stop to think that they are singling out the world’s only Jewish state. And when they are told this, they fail to understand their anti-Semitism.

In an interview last year, Roger Waters was asked why he didn’t focus on much worse problems around the world, such as Syria. Waters was quite shocked and replied that he couldn’t think of a worse problem in the world than the Israel-Palestinian conflict. This response highlights not only a bias from him but a distorted view of reality. And it is shocking that such an outspoken voice against Israel is so ignorant in these issues!

To look at it another way, 25,000 children have been killed in Syria since 2011, that’s more than all people killed in Israel and the Palestinian territories since 1948.

Unfortunately, conspiracy theories and hatred can be spread by people with little to no knowledge of reality. They simply have to spout their lies and those who agree with their viewpoint will believe them, regardless of whether they are fact or fiction.