Britain’s relationship with Israel is thriving, but must be defended in an increasingly hostile climate

In this article, we look at the various areas in which relations between Britain and Israel are thriving, yet are being lined up for attack.

Britain must stand with Israel

At CUFI, we believe it is critical for Britain to ensure it’s on the right side of history concerning Israel.

The word ‘Brit” means “covenant” in Hebrew and implies the shedding of blood in the process of ratifying an agreement. The word “Brit” is used throughout the Hebrew Scriptures, used especially for the several covenants made by God with His people, including the covenant He made with Abraham, Isaac and Jacob concerning the Land of Israel. Our prayer is that “Brit-ain” will be guardians and upholders of the promise God made to Israel and be faithful in keeping our own promise in standing with the Jewish people.

Residents of rural Lincolnshire are used to military operations above their skies. But in September, for the first time ever, Israel joined the RAF’s annual Cobra Warrior joint exercise.

The level of UK-Israel military cooperation is often publicly downplayed by the British government because of the anticipated backlash it would cause. But reassuringly Britain and Israel are close and important military allies.

The UK already uses various Israeli weaponry, whilst Britain’s BAE provides Israel with defensive and aerospace systems. An Israeli company is the main partner for the training system used by all new RAF pilots. Meanwhile, it is Israel’s battlefield medical technology that saves the lives of British troops that are wounded.

However, silence over the scale of cooperation could be changing.

The head of the British Army met with his counterpart for a tour of Israel in April during which the IDF tweeted, “The cooperation between Israel and the UK is strong and it’s getting even stronger”.

In 2018, HMS Ocean, the fleet flagship of the Royal Navy, heralded Prince William’s visit to Israel by docking in Haifa and the RAF participated in a flyover for Israel’s 70th anniversary.

In May this year, over 60 British army veterans — many suffering serious injuries — flew to Tel Aviv with their families to join Israeli counterparts for the inaugural Veterans Games.

The five-day long event gave soldiers from the UK and from the Israel Defence Force the chance to experience the kind of competitive sports seen at the Invictus Games.

Help for Heroes praised Israel’s approach to supporting the rehabilitation and recovery of wounded ex-soldiers and said it is a model that could be explored to further help veterans in the UK. 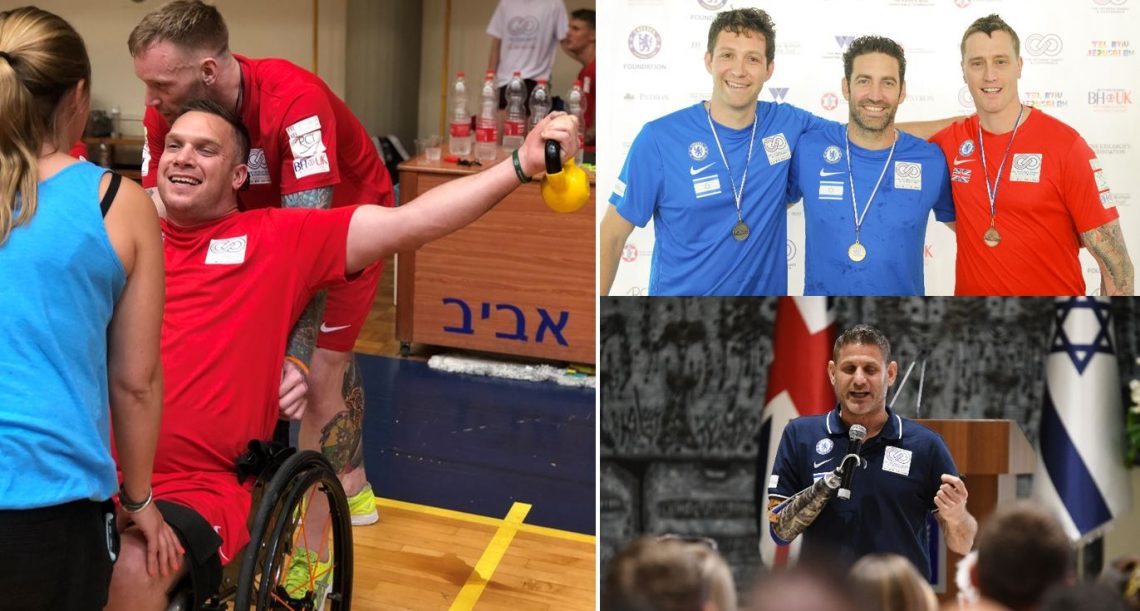 The former commander of British forces in Afghanistan, Colonel Richard Kemp, recently told CUFI that the UK’s military cooperation with Israel is “some of the closest with any country in the world”. But this cooperation is not only militarily.

Aside from perhaps with the US, the UK enjoys “virtually the closest intelligence cooperation with Israel than with any other country in the world.”

This was demonstrated in June when it was revealed that Israeli intelligence agency, Mossad, had helped the UK discover a huge stockpile of ammonium nitrate in London in 2015 for use in an Iran-backed, Hezbollah terror plot in the UK. The hoard of explosives was more than what was used in the Oklahoma City bombing that killed 168 people and damaged hundreds of buildings. Thanks to British and Israeli intelligence, the London stockpile was discovered and any future terror attack was thwarted.

But this was just one example of the vast amount of valuable intelligence Israel provides that saves the lives of British citizens here in the UK and around the world.

“Mossad tipped off UK on Hezbollah bomb plot in London in 2015. One of many intelligence warnings provided to the UK by Israel,” said Kemp, “This would be stopped if Corbyn came to power, not by Israel but by Corbyn — he would terminate our intelligence relationship.” 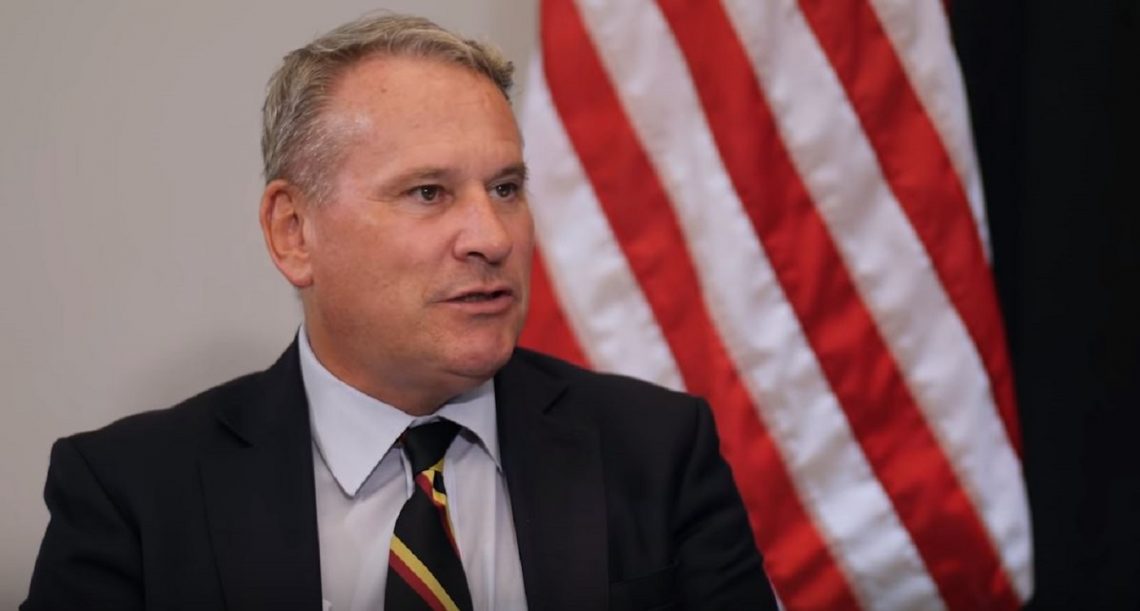 The “special relationship” between America and Britain would be placed under unprecedented strain if the UK could no longer be a trusted partner with intelligence and would leave Britain highly vulnerable. It would also impact the security of the US and Israel if the threefold cord was broken.

Corbyn himself has stated his wish for Britain to cut ties with Israel. In a 2012 speech at London’s Al Quds Day march (a pro-Hezbollah, Iran-backed rally created to call for the “liberation” of Jerusalem), the now Labour leader said, “We make demands of no arms supplies to Israel”. He also suggested an ending of trade with Israel, adding, “we make demands of a suspension of EU-Israel trade agreement”.

The bad news for those threatening economic warfare against Israel is that they are failing.

This is partly due to growing tech trade with Israel, however about three-quarters of Israel’s exports to the UK are chemicals and pharmaceuticals. About half of the UK’s exports to Israel are minerals.

The UK’s Foreign Direct Investment into Israel is also on the rise, and currently stands at $260bn.

As an advanced country with an advanced economy, Israel is very attractive to UK businesses and there is no reluctance on the part of British firms to cooperate with their Israeli counterparts.

Furthermore, the UK and Israel became the first partnership to sign a pre-Brexit trade deal, meaning there will be “no barrier or tariffs” between the two countries when Britain leaves the EU.

When CUFI attended an interparliamentary meeting in Westminster in June, Knesset members present were enthusiastic about the opportunities for the UK-Israel relationship after Brexit.

It was also explained how boycotting businesses in Judea and Samaria impacts individual Palestinians the most, largely because divestment affects Israeli businesses that also employ Arabs. However, when boycotters say they only boycott Israel they really mean “boycotting Jews”.

And this is the bottom line. Any attempt to hinder or end Britain’s relationship with Israel is anti-Semitic.

“Bless those that bless thee”

Standing with the only Jewish state in world is the right thing. But deliberately scheming against Israel places this country in a very dangerous position – Not just militarily or economically, but Biblically.

The Bible has made clear that God will “bless those that bless thee” and “curse those that curse thee”.

Meanwhile, the United States continues to take unprecedented strides in its blessing of Israel. From the moving of the US embassy to Israel’s capital, Jerusalem, the recognition of Israeli sovereignty of the Golan Heights, the radical change of policy at the UN to the tougher stance against the tyrannous Iranian regime.

Questions are now being asked of Britain’s own foreign policy, especially regarding Iran – the world’s biggest state sponsor of terrorism, which has called for the destruction of Israel.

Britain and America must stand united in our support for Israel. Our three nations share common values, mutual interests and sadly the same enemies.

As Ecclesiastes 4:12 states, “Though one may be overpowered by another, two can withstand him. And a threefold cord is not quickly broken.”

Britain has its own course, but she must decide whether to stand with her allies more firmly or risk drifting down a path of comprise or even enmity towards Israel.

This is why CUFI exists. Christians across the United States spent over a decade calling for the US to take the moral stand in relation to Israel. Now Christians across the British Isles are doing likewise in increasing number – standing up for Israel and kneeling down in prayer for Britain.

We pray in faith that God has not finished with our nation.