BREAKING: Parliament on lockdown as knifeman arrested by armed police at Westminster 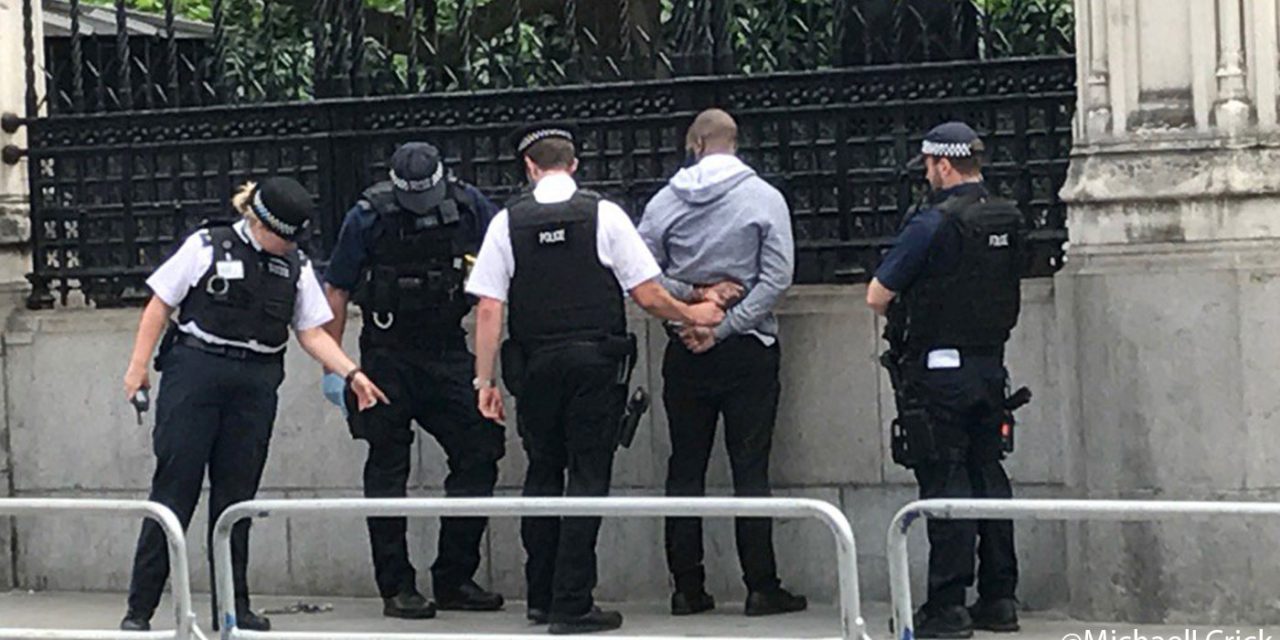 Police are responding to a disturbance outside the Houses of Parliament.

Shortly after 11.10am, armed police ran towards St Stephen’s Gate in response to shouting from outside.

Moments later the gates to the Palace of Westminster were shut, and remain closed.

It’s understood a man is being held on the ground outside the gates.

The building has not been locked down but members of the public and staff are being asked to stay on the building side of New Palace Yard.

Westminster right now. Man up against the gates pic.twitter.com/x4ar9diouz