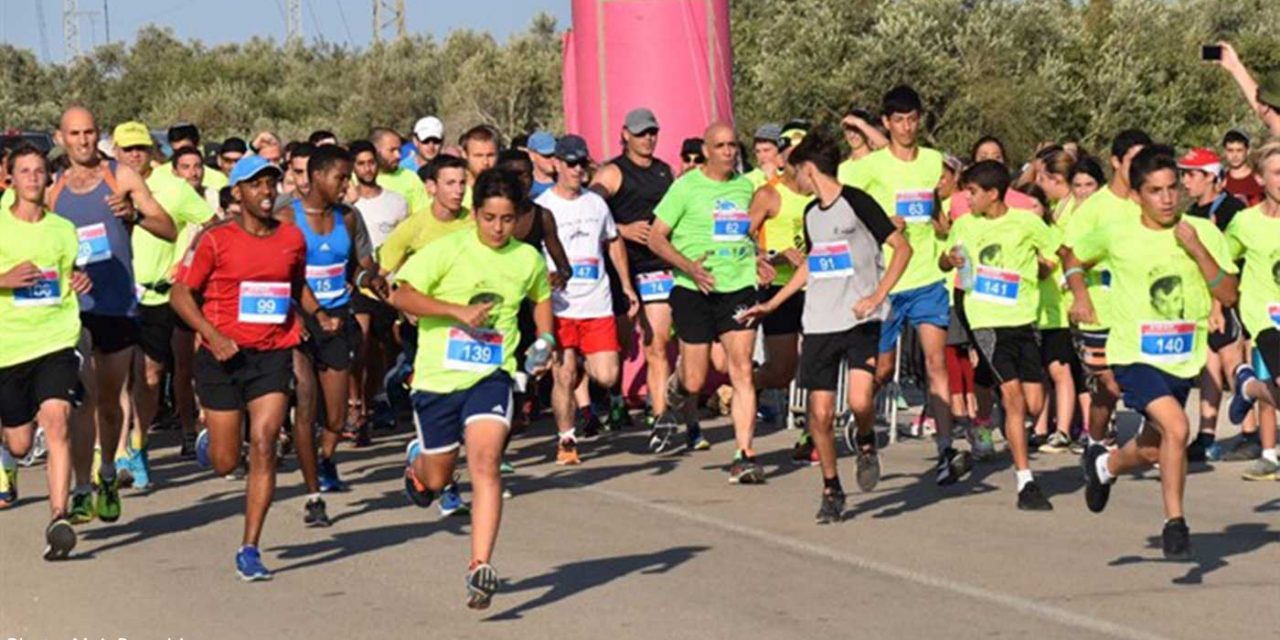 More than 800 people from all over Israel took part in a run on Thursday in memory of Adele Biton, a 4-year-old Israeli child who died after complications from injuries she received in a terrorist rock throwing attack. The race took place on the road the family’s car was travelling on when it was struck.

Adele was 2 years old when Palestinian youths threw rocks at her parents’ car, causing the vehicle to spin out of control and collide with a truck. Adele was badly wounded in the attack and remained in a semi-comatose state for several months. She never fully recovered and sadly passed away in 2014 at the age of 4 from a lung infection. The infection arose due to the neurological damage she sustained in the rock-throwing attack.

The Adal organisation, which was established following Adele’s death, assists families whose relatives were killed in tragic circumstances, and not only from hostilities.

The race was attended by families from all over the country who experienced loss, along with many runners who came to join them. The race began at the site where Adele was critically wounded in the rock-throwing attack.

Adele’s mother, Adva Biton, said: “I was very moved by this event, [and I experienced] great sadness and joy. On the one hand there is sadness from standing where my daughter Adele was hurt, [and on the other hand] I am happy to see how much life there is in this place.”

“We started here with something powerful that will only grow – for other families, for people who need this support and who joined us yesterday, and who indeed saw how important this issue was to them and how much strength they received from this show of support.”

The head of the Samaria Regional Council, Yossi Dagan, said: “This race sanctifies life and comes to give strength to families who have lost the most precious thing to them … This unprecedented initiative to strengthen these families comes from Samaria and it is impossible not to admire the strength that this family has to grow and to give to others – even out of its own pain.”