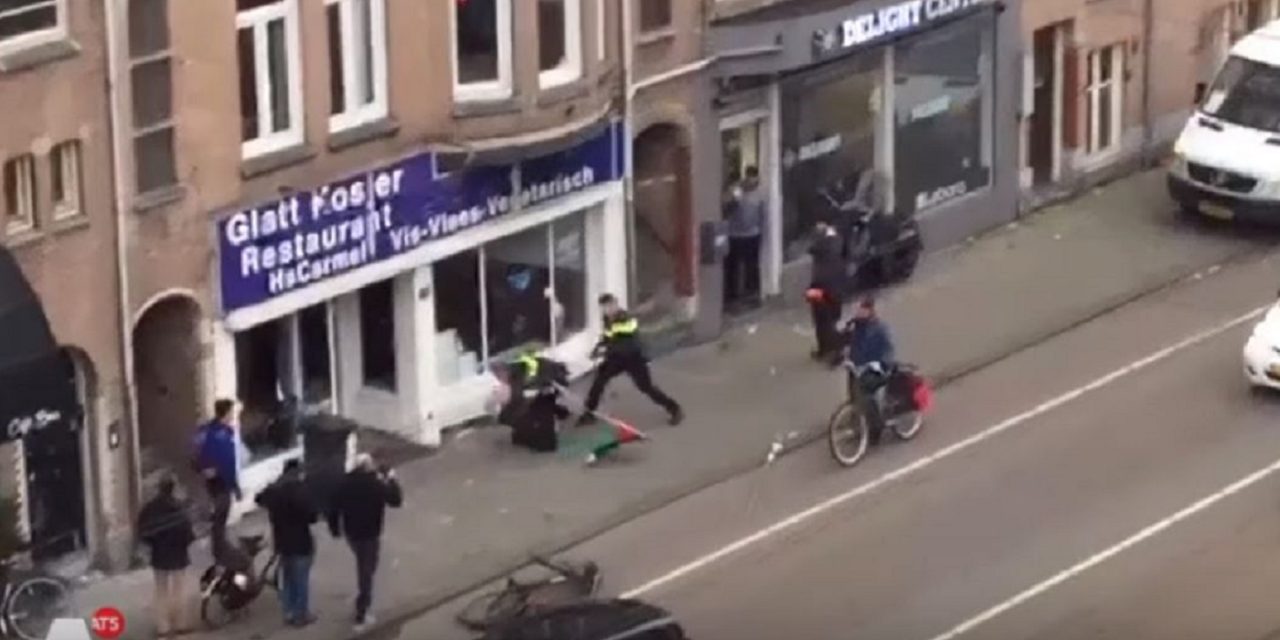 Police are investigating the smashing of the windows of a kosher restaurant in a Jewish part of the Dutch capital by a man wearing a Palestinian flag.

The AT5 television station showed a video of the incident, in which a man holding a Palestinian flag and wearing a Palestinian keffiyah on his head smashes the window and kicks down the restaurant’s doors as passersby and two police officers look on. The officers wait until he breaks into the restaurant. They pause as he returns to the street from the restaurant’s interior holding an Israeli flag that he took from there. He throws it at their feet. They then overpower the man and arrest him.