Report: How the media is complicit in Palestinian propaganda over Trump’s embassy move 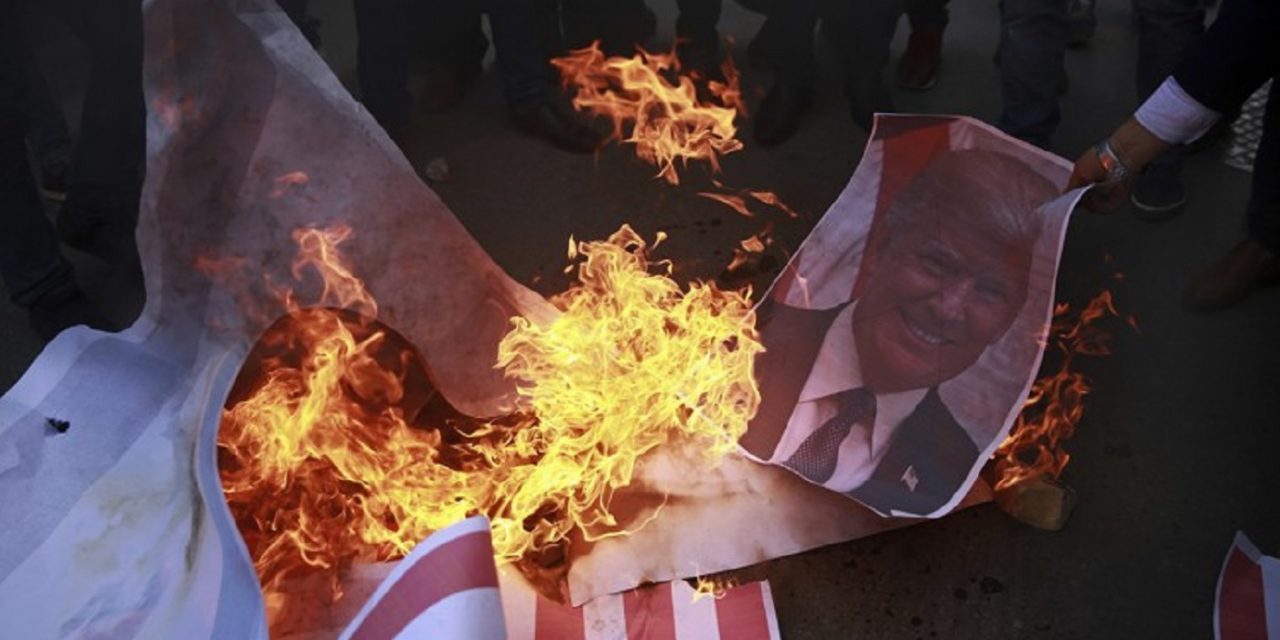 By misrepresenting the poster burning “ceremony” as a reflection of widespread Palestinian rage concerning Trump’s policy on Jerusalem, the international media is once again complicit in promoting the propaganda of Palestinian spin doctors. Palestinian leaders and spokesmen strive to create the impression that Trump’s policy regarding Jerusalem will bring the region down in flames. They also seek to send a message to the American people that their president’s policies endanger their lives. In effect, the media has volunteered to serve the Palestinian campaign of intimidation. And the media convergence on the poster-burning farce in Bethlehem is just the beginning.

Now that the Palestinians have managed, with the help of the media, to burn these images into the minds of millions of Americans, they are planning more staged protests. The goal: to terrify the American public and force Trump to rescind his decision regarding the status of Jerusalem. This tactic of intimidation through the media is not new. In fact, it is something that has been happening for decades, largely thanks to the buy-in of the mainstream media in the West.