Boris lights Hanukkah menorah with Israel’s Foreign Minister, the Israeli Ambassador and Chief Rabbi at No 10 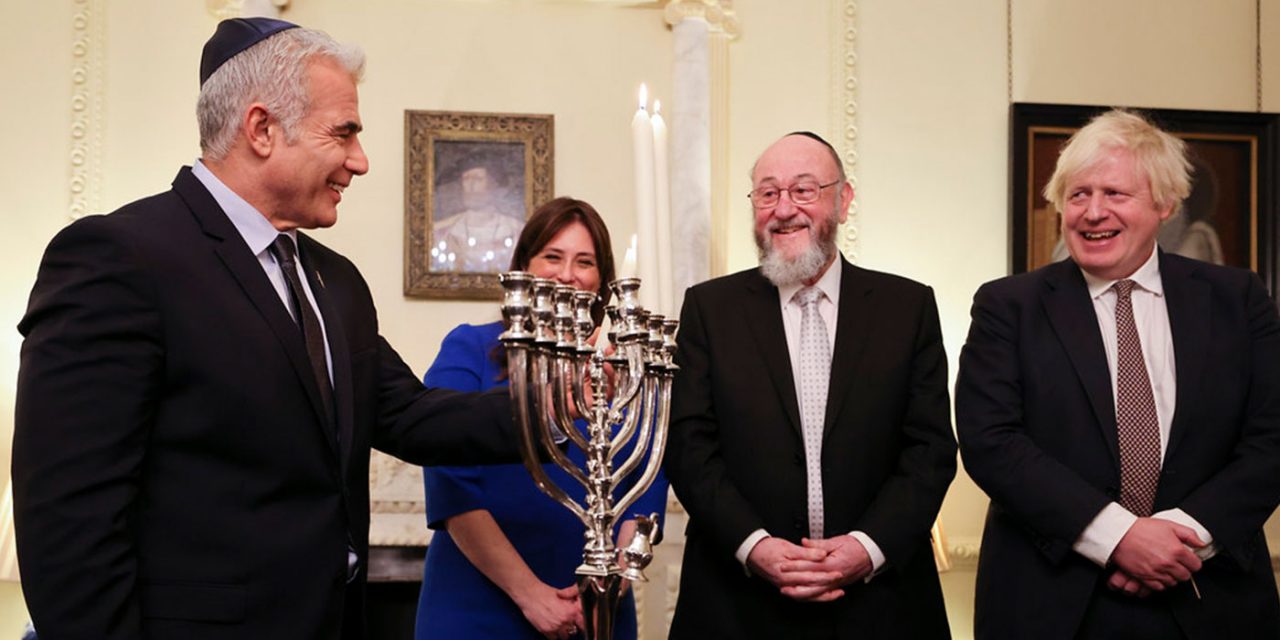 Boris Johnson this week hosted a menorah lighting ceremony at Downing Street to mark the second night of Hanukkah.

This Chanukah, as we remember the rededication of the temple, I want to rededicate my support for our fantastic Jewish community. Thank you for your amazing contribution to this country.

During his speech at the event, Mr Johnson acknowledged the “huge contribution” the Jewish community makes to Britain. Adding that the world would be “much worse off” without the Jewish people.

“What I think the people of the world need to understand,” the Prime Minister said, “is that the darkness and the threat of anti-Semitism is still there, but we must never forget that the light triumphs and that is the message of Hanukkah.”

“I want you to know that this government will be with the Jewish community this Hanukkah and always,” Johnson added.

Israel’s Foreign Minister Yair Lapid said, “Prime Minister Johnson’s support for Israel is unequivocal. He is a close and loving friend of ours.

“The candlelighting was moving. Happy Chanukah to all citizens of Israel and to Jews around the world.”