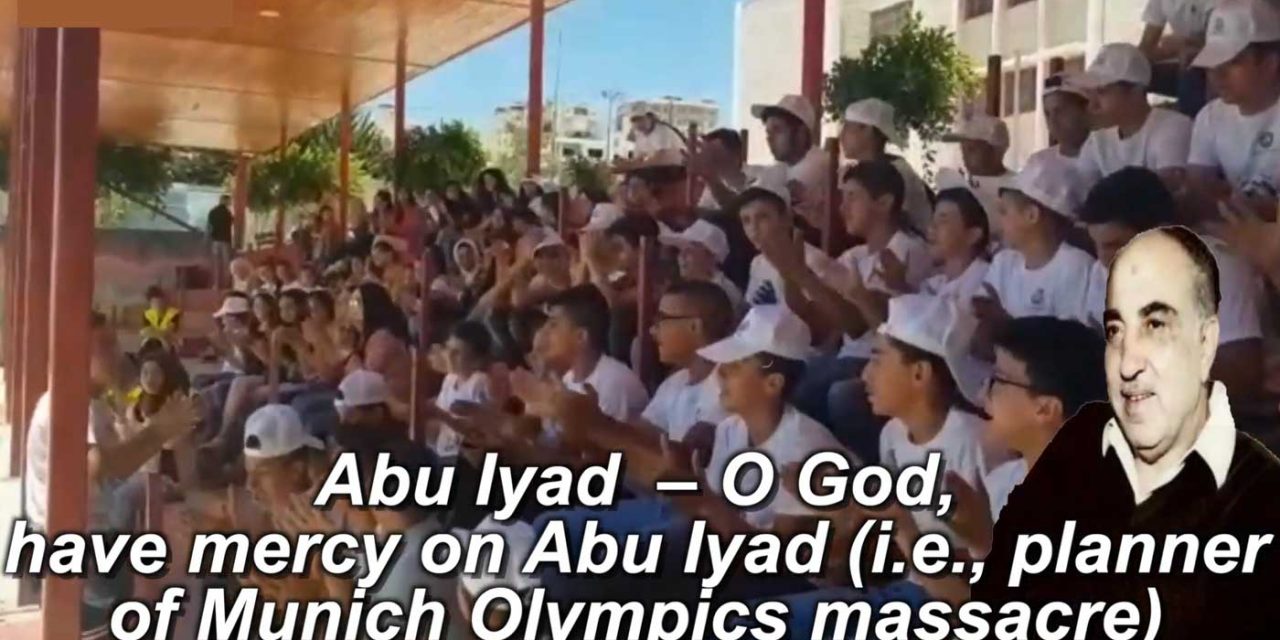 Video footage has emerged of Palestinian children at a summer camp in Bethlehem chanting and clapping to a song which honours brutal dictators and terrorist leaders.

Palestinian Media Watch released a video of Palestinian youth being taught to venerate a number of different historical figures with chants, such as, “Sadam Hussein, O God, have mercy on Sadam Hussein”.

In addition to chanting about Hussein, they laud former PLO chairman Yasser Arafat. who led the Palestinians during the Second Intifada. Abu Jihad, who was one of Fatah’s founders and was behind terror attacks against civilians during the Lebanon War. Abu Iyad also came up in the chant — he was Arafat’s deputy and the organizer of the 1972 Munich Olympics attack that killed 11 Israeli athletes.

Note: Abu Iyad is the person whose grave Labour leader Jeremy Corbyn laid a wreath at in Tunisia. You can read all the evidence, and the history of Abu Iyad’s terrorism, here.

The children also include Ahmed Yassin, the founder and former head of the terrorist organisation Hamas. This is interesting because Hamas and Fatah are said to be at odds with each other, with the media and politicians telling us that Fatah is peaceful whilst Hamas is not. Yet, these children, under Fatah’s watch, are praising leaders of Hamas and Fatah, all of whom were terrorists. The reality is that Fatah subscribes to the same terrorism as Hamas, they just have different ways of presenting themselves to the West.

PMW says, “This is how Fatah teaches its children loyalty to the Martyrs’ blood.”

Nan Jacques Zilberdik, a senior PMW analyst, said that the video displays indoctrination and incitement of children by the Palestinian Authority. “The blatant misuse by Fatah and the PLO of its summer camps is yet another example of the extent that the Palestinian Authority goes to, to indoctrinate and abuse their own children,” she said. “Instead of teaching Palestinian children the building blocks for life, these programs are preaching that violence and terror are legitimate – and that arch-terrorists, who are responsible for the murder of hundreds of Israeli civilians, are their ultimate role models.”

According to PMW, a number of summer camps have been named after terrorists, such as Abu Jihad and Dalal Mughrabi, a Fatah terrorist who hijacked a bus in 1978, killing dozens and wounding 70.