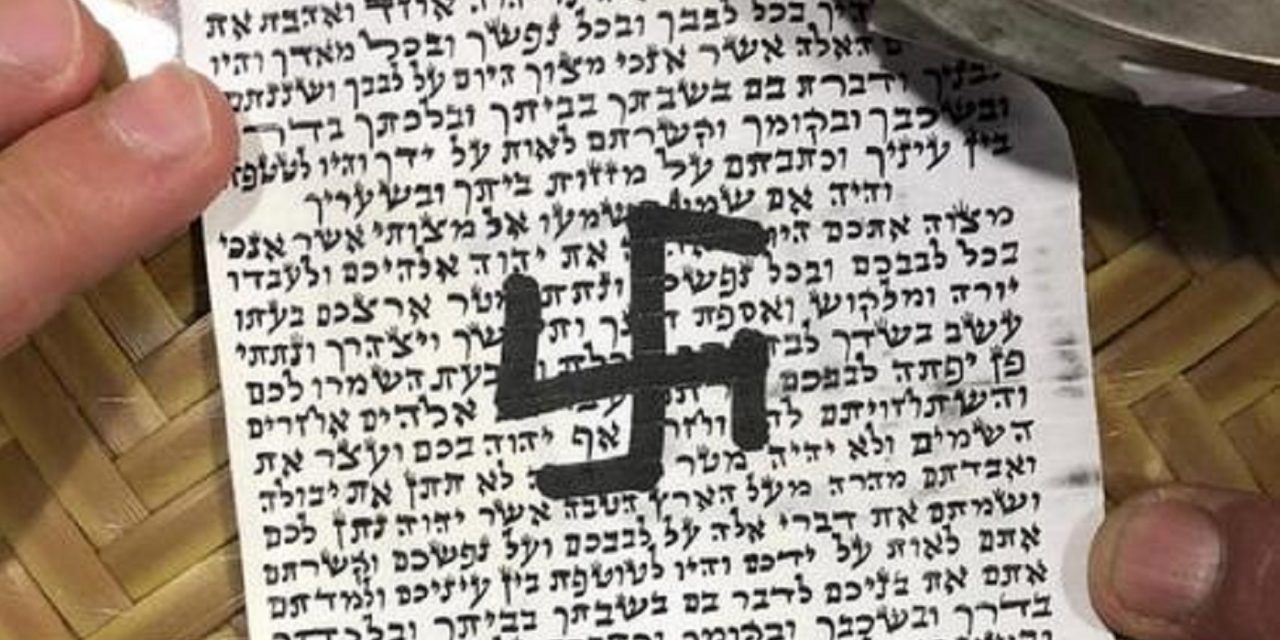 The rabbi at a synagogue in Berlin, Germany, was appalled to discover that one of the synagogue’s mezuzahs was vandalised by an unknown assailant who drew a swastika on the parchment inside of it.

The alarming discovery was made at the Tiferet Yisrael Synagogue during the Ten Days of Repentance, which began with the Jewish new year – Rosh Hashanah – and culminated with the ending of Yom Kippur.

According to Zygmunt Königsberg, a representative of the Jewish community in Berlin, the mezuzah hanging on the outside entrance to the synagogue was desecrated on purpose, by someone who opened the mezuzah and drew a swastika on both sides of the parchment housed within.