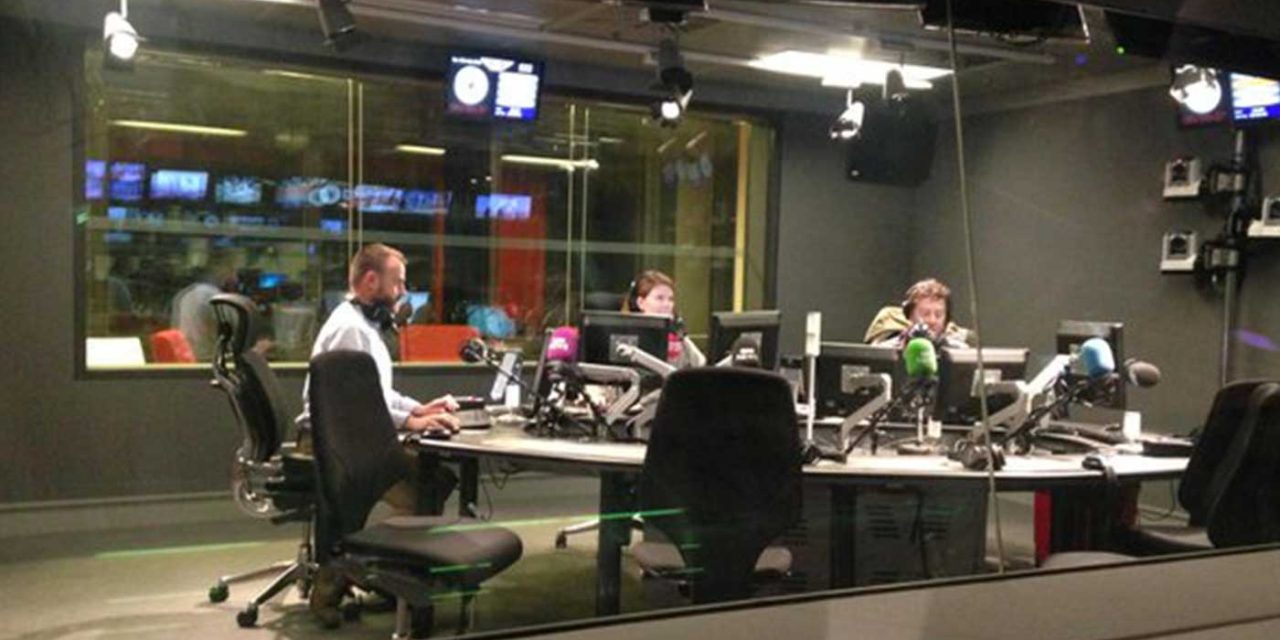 A BBC World Service presenter told his audience that the modern state of Israel was “carved – as it was – out of land which had belonged to the Palestinians” in a segment that was one sided against Israel.

BBC Watch reports that this unsupported claim was made on the 7 August edition of “The History Hour”. You can hear the show here, the controversy happens around 24 minutes in.

Max Pearson introduced a segment that looked at the meaning and achievements of the Camp David Summit. He introduced the segment as follows [emphasis added]:

Pearson: “But before that we’re going to focus on a region which has seen tension and violence for the past 70 years. Just the phrase ‘tension in the Middle East’ has become shorthand for referencing the decades of mistrust between Jews and Arabs following the creation of the State of Israel, carved – as it was – out of land which had belonged to the Palestinians. Giving the Jewish people of the world a homeland was supposed to be the answer to one problem but it created another. There have of course been attempts to broker peace between the Israelis and Palestinians. One of the last major efforts ended in failure in the year 2000. At that time the two sides had been brought together by the American president Bill Clinton. Farhana Haider has been speaking to the senior diplomatic interpreter Gamal Helal who attended that fateful Camp David summit.”

However, this segment of the programme contained other areas that were also historically inaccurate and worryingly one sided against Israel.

The segment was mainly an account from Gamal Halal, an Egyptian-American translator who worked for four US Presidents and was the translator for President Clinton and Yasser Arafat during the Camp David summit. President Clinton also asked Halal to speak alone with Yasser Arafat to try and convince him to agree to the deal. Halal’s account in this BBC segment, however, seems to run counter to Bill Clinton’s own words in some areas.

Gamal Halal said, “I remember that day when we told chairman Arafat that we’re gonna conclude basically he tried to go on the charm offensive and he really kept telling President Clinton that you’ve done your best but President Clinton was deeply disappointed because he judges his work with the results and there was not result. But he was always gracious… he said to chairman Arafat, ‘Well my real hope was to be with you when you raise the Palestinian flag on Al-Aqsa and you’ll have your own state, but obviously I’m not here to tell you what to do and what not to do. It’s your people, your cause, your history and I’m just trying to help, and obviously we couldn’t.’”

His account raises concerns for two reasons. First of all, saying things such as “Raising the Palestinian flag on al-Aqsa” is actually more of a Palestinian or Muslim thing to say, not words that you would expect to be uttered by a US President.

Second, Clinton’s own words, on separate occasions, put blame on Yasser Arafat for the breakdown in negotiations, which is counter to what Halal and this BBC programme said.

Clinton blamed Arafat after the failure of the talks, stating, “I regret that in 2000 Arafat missed the opportunity to bring that nation into being and pray for the day when the dreams of the Palestinian people for a state and a better life will be realised in a just and lasting peace.”

In Clinton’s book My Life, he wrote that Arafat once complimented Clinton by telling him, “You are a great man.” Clinton responded, “I am not a great man. I am a failure, and you made me one.”[34]

The failure to come to an agreement was widely attributed to Yasser Arafat, as he walked away from the table without making a concrete counter-offer to what the Israelis gave Arafat was also accused of scuttling the talks by Nabil Amr, a former minister in Arafat’s Palestinian Authority.

However, this wasn’t said in the BBC programme, instead they said, “After 15 days of talks nothing was agreed… the basic problem was that the maximum Israel offered was less than the minimum the Palestinians could accept.”  The blame was placed on Israel throughout the segment and it was Israeli Prime Minister Barak’s “behaviour and attitude” that was discussed and blamed, with no blame being placed on Arafat or the Palestinians.

In regards to the introduction statement, BBC Watch, an organisation that monitors anti-Israel bias at the BBC, had this to say:

Obviously the Middle East “has seen tension and violence” for a lot longer than 70 years and Pearson’s claim that “tension in the Middle East” means solely the Arab-Israeli conflict is astoundingly ignorant. Clearly too, “mistrust between Jews and Arabs” did not ‘follow’ the creation of the State of Israel but was already evident many years beforehand.

But the most egregiously inaccurate part of that introduction is obviously Pearson’s claim that Israel was “carved […] out of land which had belonged to the Palestinians”. At no point in history before the creation of the State of Israel was that the case: the land was administered by the British Mandate prior to Israel’s establishment and before that had been ruled by the Ottoman Empire for 500 years.

That inaccurate and materially misleading information is all the more troubling coming, as it does, in what claims to be a history programme.

BBC Watch has made a complaint to the BBC World Service and are asking for an on air correction.