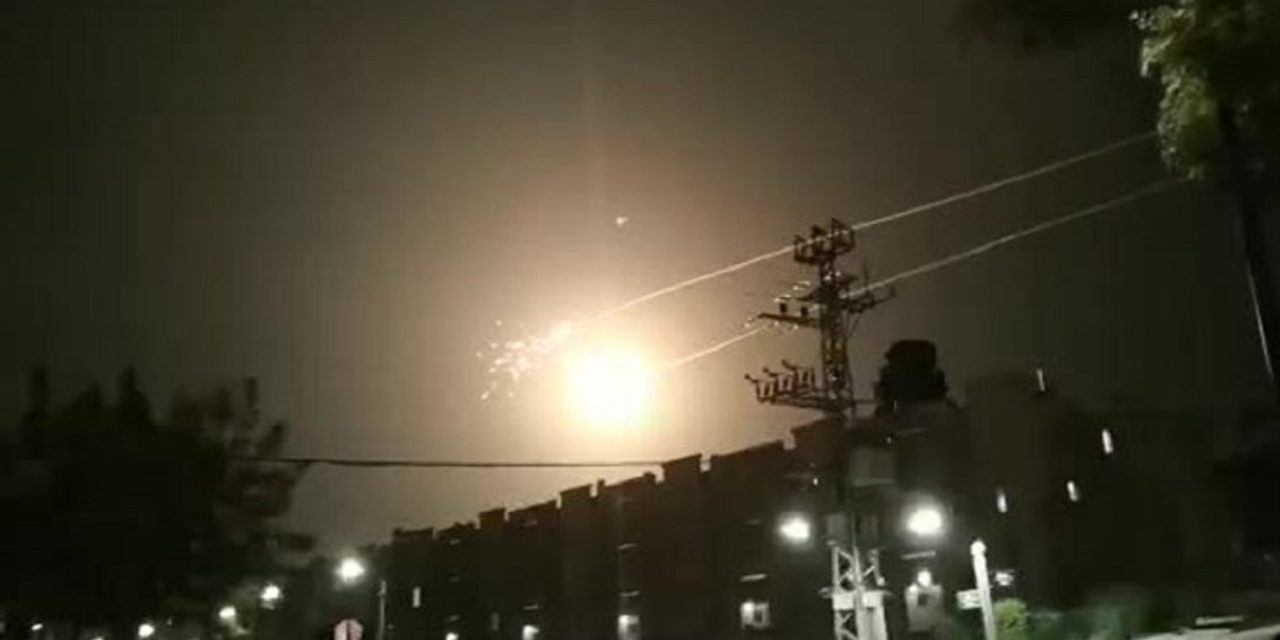 Twelve rockets were fired into southern Israel from Gaza over Thursday night with one hitting a house, whilst six were intercepted by the IDF’s Iron Dome.

In response Israeli warplanes carried out three rounds of airstrikes on terror targets in Gaza.

The volley of seven rockets was fired at 2:30 a.m., joining five projectiles that were shot at Israel late Thursday night, two of which failed to reach Israeli territory and three of which were shot down by the Iron Dome system, according to the military.

The 12 rockets mark a major escalation of violence, even as tensions have ramped up over the past several weeks with sporadic rocket fire and hundreds of balloons carrying incendiary devices being launched toward Israel, drawing near daily Israeli reprisal fire.

Pictures and videos shared on social media of the home that was struck in Sderot showed a kitchen blown apart, windows smashed and large holes in walls and the roof.

“We didn’t hear the siren and suddenly there was a loud blast,” Shlomo Malka, the owner of the house, told Ynet news. “We got out of bed and ran to the bomb shelter. When we came out we saw everything was destroyed. The whole kitchen is in shambles, the food for Shabbat is ruined.”

Reports indicated that the damage was likely caused by shrapnel from an interception.

Other videos and pictures showed several Iron Dome interceptor missiles being launched over the city and light damage to the outside of a home.

From the shrapnel impact in Sderot

The Israel Defense Forces said that at around 6 a.m., fighter jets and other aircraft carried out strikes on “underground infrastructure belonging to the Hamas terror group,” in response to the attack earlier in the evening in which seven rockets were fired at southern Israel from the Strip.

In the 3rd rocket attack of the night, terrorists in Gaza launched 7 rockets at civilians in southern Israel. 6 of the 7 rockets were intercepted by the Iron Dome mid-air.

In response, we struck Hamas military targets in Gaza, including underground terror infrastructure.

The raid was the third of the night, after two earlier sorties targeted a cement facility used to provide materials for tunnels used by Gazan terror groups and a site where rockets are produced.

Over the past few weeks, terrorists in the enclave have again begun launching balloon-borne incendiary and explosive devices into southern Israel, sparking dozens of fires that caused environmental and property damage in the region.

The deputy chief of IDF Unit 8200, “Col. U.,” on Wednesday said that his intelligence agency warned the United States of attempts to hack the country's power plants in time...
Read More
Share
Tweet
Email
More
514 Shares