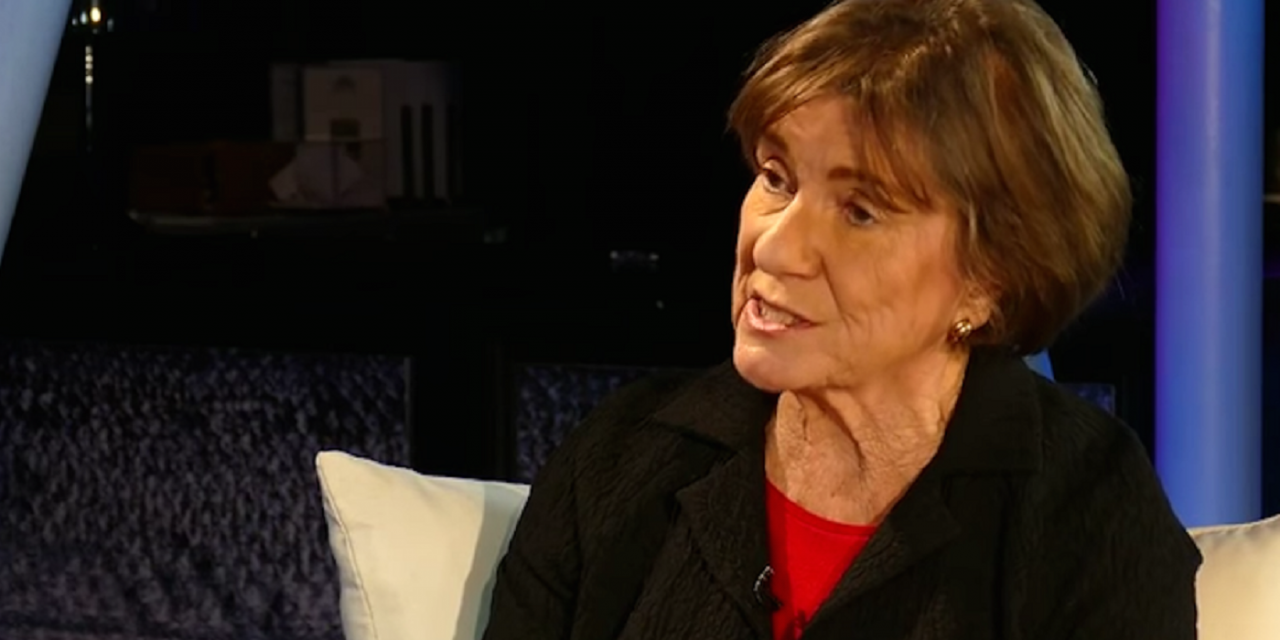 It features a caricature of a Jewish male dressed in striped concentration camp uniform and a Palestinian with the word “Gaza” on his jacket. Both are trapped against a barbed wire fence.

The words “Never Again” and then at the bottom of the sketch “Over Again!” are clearly visible.

Mark Gardner, director of communications at the Community Security Trust told the JC :”Baroness Tonge’s use of this image is a despicable insult to the memory of all victims of the Holocaust. She keeps finding new ways of falling further from decency.”

The cartoon was awarded second place when it was entered for a notorious Holocaust Cartoon Competition in Iran.

The artist Carlos Latuff is a Brazilian cartoonist who has specialised in depicting the Israeli-Palestinian conflict – but he has regularly faced claims of antisemitism for comparing Israel to Nazism.

Baroness Tonge, now an independent peer, was suspended and subsequently resigned from the Liberal Democrats in October 2016 after years of inflammatory statements on Israel.