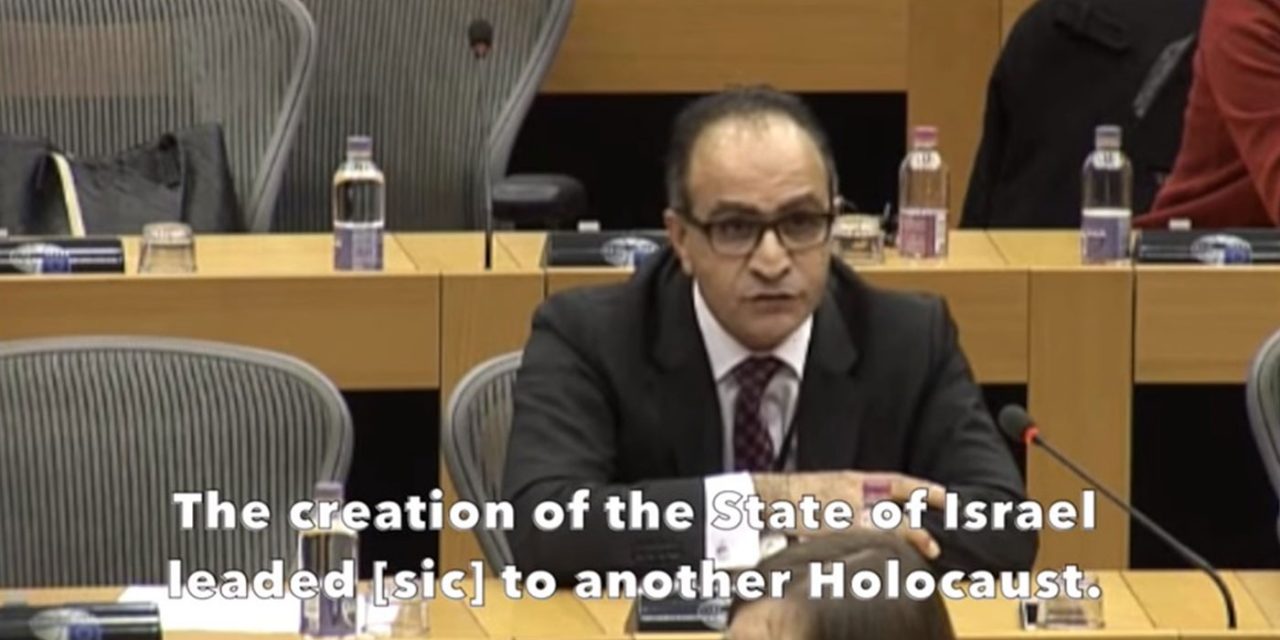 A Palestinian diplomat sparked outrage at the European Parliament after comparing the Israel-Palestinian conflict with the Holocaust, but his comments were not left unchallenged and he was excellently rebutted.

Adel Atieh, Deputy Head of the Palestinian Mission to the EU took the floor at a Balfour Centenary event and claimed that “The creation of the State of Israel lead to another Holocaust.”

This is not only anti-Semitic according to the European definition of anti-Semitism, but he made the outrageous comment on the anniversary of Kristallnacht, the event which marked the beginning of the actual Holocaust.

When the floor was given back to Daniel Schwammenthal, the Director of AJC Transatlantic Institute, he set the record straight and strongly rebutted the claim.

“If you bring the outcome of a war between two people – which, by the way – the Israelis didn’t start. To claim this is equal, or the same as the –.”

“Please allow me to respond to your outrageous claim,” replied Mr Schwammenthal. “To say that this is the same as the industrial murder of 6 million people shows that, unfortunately, reaching peace still has to overcome a lot of obstacles.”

The vast majority of those gathered applauded Mr Schwammenthal’s comments.