As US pulls out of UNHRC, Britain must now step up its defence of Israel at human rights council 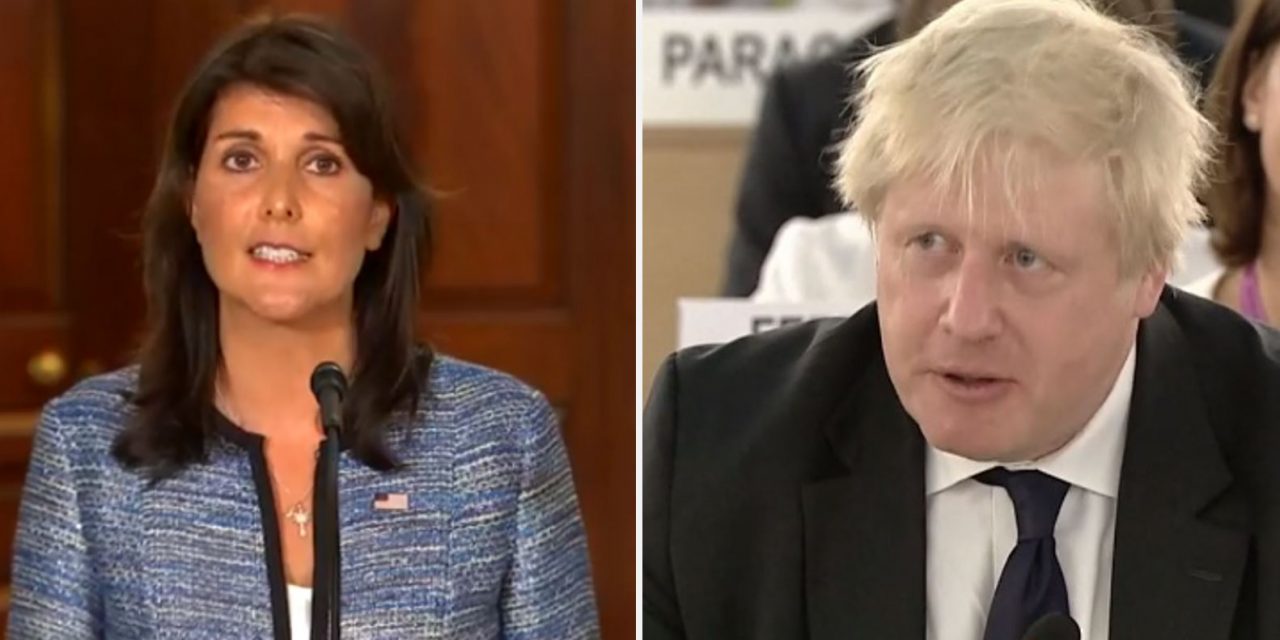 After US announced Wednesday that it is withdrawing from the UN Human Rights Council, the United Kingdom must now step up to the plate in countering the anti-Israel bias at the council.

Describing the UNHRC as a “cesspool” of anti-Israel bias, US Ambassador to the UN, Nikki Haley, explained Wednesday that the US had been threatening the pull-out since last year unless the council made changes. The call for reform wasn’t heeded and so the US, true to its word, made the bold decision to withdraw, sending a strong message that the lies and hypocrisy at the UN will not be tolerated.

But with the US seat vacant at the table, at least for now, some have raised concern that anti-Israel resolutions will be easier to pass without the US present. Will there be a country that will follow the US in speaking out strongly in Israel’s defence?

Step up the United Kingdom.

Britain has for too long defaulted to abstention at the UNHRC, and has even voted against Israel on occasions. But more recently, the UK has taken a bolder, albeit not perfect, stand against the condemnation of Israel signalling that the UK could be about to turn a page. With the US now absent at the UNHRC, Britain’s voice in support of Israel is as important as ever.

A pattern that the UK began in 2016 has slowly seen a shift from joining in condemnation of Israel to active opposition to the UNHRC’s bias against the Jewish State. In 2015, Britain voted yes or abstained on all UNHRC resolutions on Israel. In 2018 it voted no twice and abstained once.

Earlier this week, UK Foreign Secretary Boris Johnson criticised the bias against Israel at the UNHRC, calling it “disproportionate and damaging to the cause of peace”. Giving the UNHRC six months to change, he vowed that next year the UK would vote against all anti-Israel resolutions under ‘item seven’ unless the UNHRC stopped its bias against Israel.

The US and Israel have long lobbied for the elimination of Agenda Item 7 and the US consistently votes against all Agenda Item 7 resolutions. European Union countries meanwhile tend to abstain.

In May this year , twenty-nine countries on the rights council voted to approve a probe into Israel’s response to the recent Gaza riots, while 14 countries abstained, including the UK. Only Australia joined the US in voting against the resolution.

In March, Britain switched one of its votes during the annual UN Human Rights Council assault on Israel, switching from Abstain to No on one of the five resolutions.

In last year’s March 2017 session, Britain exercised its first No vote in recent years — on an absurd resolution condemning Israel for violating the human rights of Syrians on the Golan Heights — and it delivered an exceptional statement calling out the anti-Israel bias of the UNHRC, warning they would switch all votes to No if the imbalance were not removed. 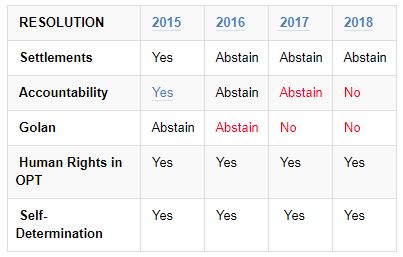 The UNHRC is comprised of 47 UN member states. These countries are chosen by secret ballot and serve on the Council for a staggered three year term.

Current members of the UN Human Rights Council include Saudi Arabia, China, Cuba and Venezuela, all with poor human rights records. From its creation in June 2006 through to June 2016, the UNHRC adopted 135 resolutions criticising specific countries; 68 out of those 135 have been against Israel (slightly more than 50%).

The next “Agenda Item 7” debate is set for Monday 2 July. We will be urging the UK to reject the condemnation of Israel and follow the US in becoming a leading voice in defence of the Jewish State.