Antisemitic messages sprawled on a synagogue in central Romania 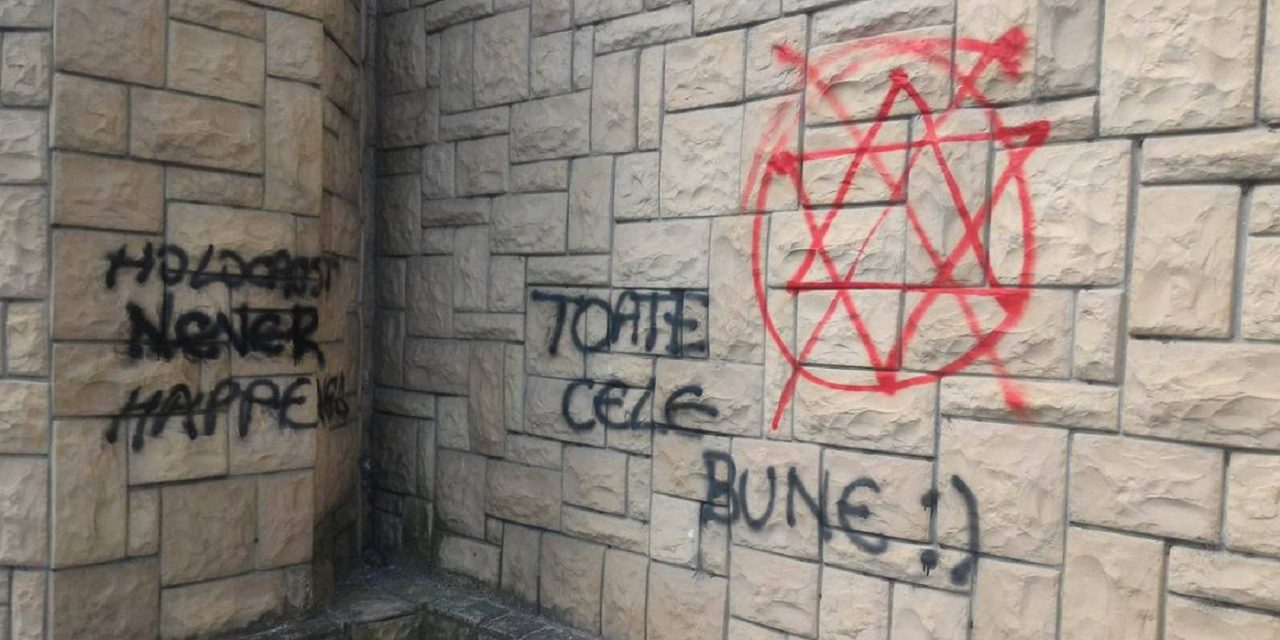 A Jewish synagogue in Romania has been vandalised with anti-Semitic messages.

The Jewish Community in Cluj-Napoca in central Romania notified the Police on Monday, 12 June about anti-Semitic messages found on an outside wall of the Synagogue of the Temple of Jewish Deportees.

Two messages were written on the Synagogue’s wall in black and red paint, messages that were saying “All the best!” and “Holocaust never happened,” according to Robert Schwartz, the President of the Jewish Community of Cluj-Napoca, reports local News.ro. A Star of David cut by a line was also drawn on the wall.

“I can’t find my words, this is a serious case. The synagogue is on a busy road, many people are passing on this street, and neither the police nor the gendarmes saw anything. The message denying the Holocaust is too much. We will not be able to clean or wash these messages, but we will have to paint them with a close color to the original one, “said Robert Schwartz.

In April some ten tombstones were smashed in the Jewish Cemetery in Bucharest on the night of 23/24 April. The incident occurred in an important moment for the Jewish community, as the Holocaust Remembrance Day was marked on 24 April.

Aurel Vainer, the president of the Federation of Jewish Communities of Romania, announced the incident on his Facebook page, qualifying it as “a serious act of vandalism and anti-Semitism” that has offended and revolted the entire Jewish community in Romania.