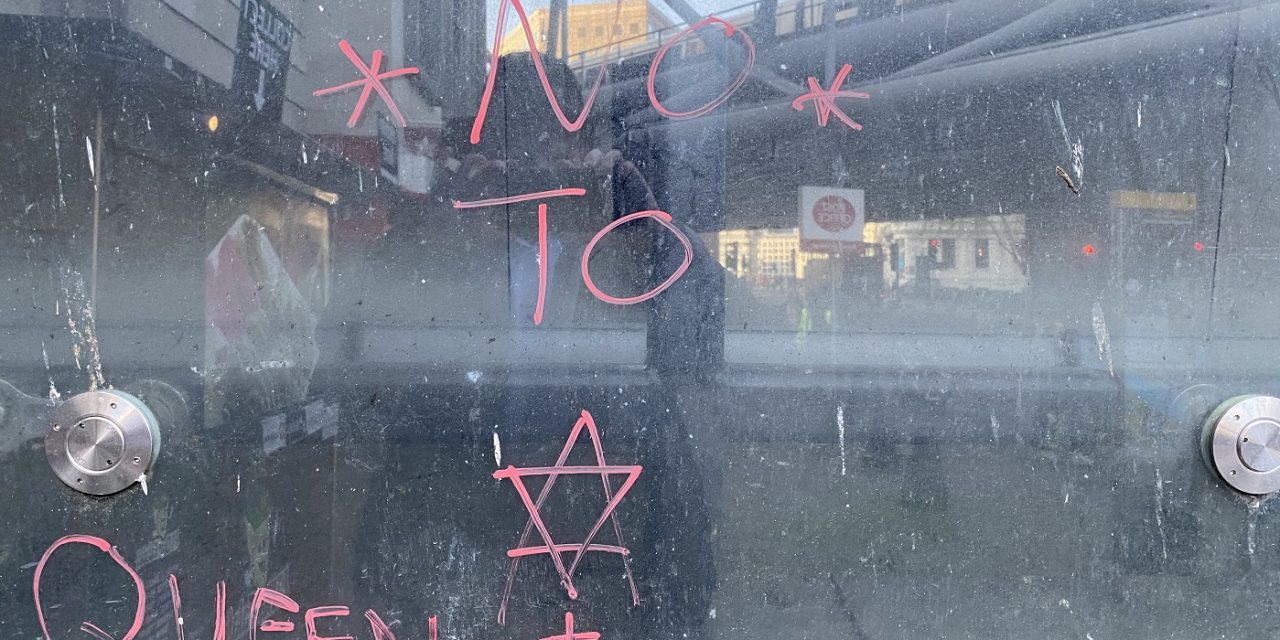 Antisemitic graffiti including a Star of David with a swastika was discovered in central London, a short distance from the Shard.

The daubings, which have been removed by the council, were noticed on Borough High Street on Tuesday, and include the phrases “free Plestine [sic] or else”, “right to return” and “no to occupation”. Another says “no to”, then has a Star of David and a swastika.

Councillor Darren Merrill, Cabinet Member for a Safer, Cleaner Borough, said: “Southwark Council does not tolerate hateful or racist language in any way, shape or form. We have worked with the building owner removed the offending graffiti.”

Phil Dave, a Jewish broadcaster who noticed the graffiti, said: “I had to double take. You read about these things but never actually expect to see it in person. I genuinely felt sick at the thought of standing so close to such hatred. How misplaced the perpetrators are, living in the most culturally diverse city in the world”.