Anti-Semitic Londoner during Al Quds: “Jews are evil and should suffer another Holocaust” 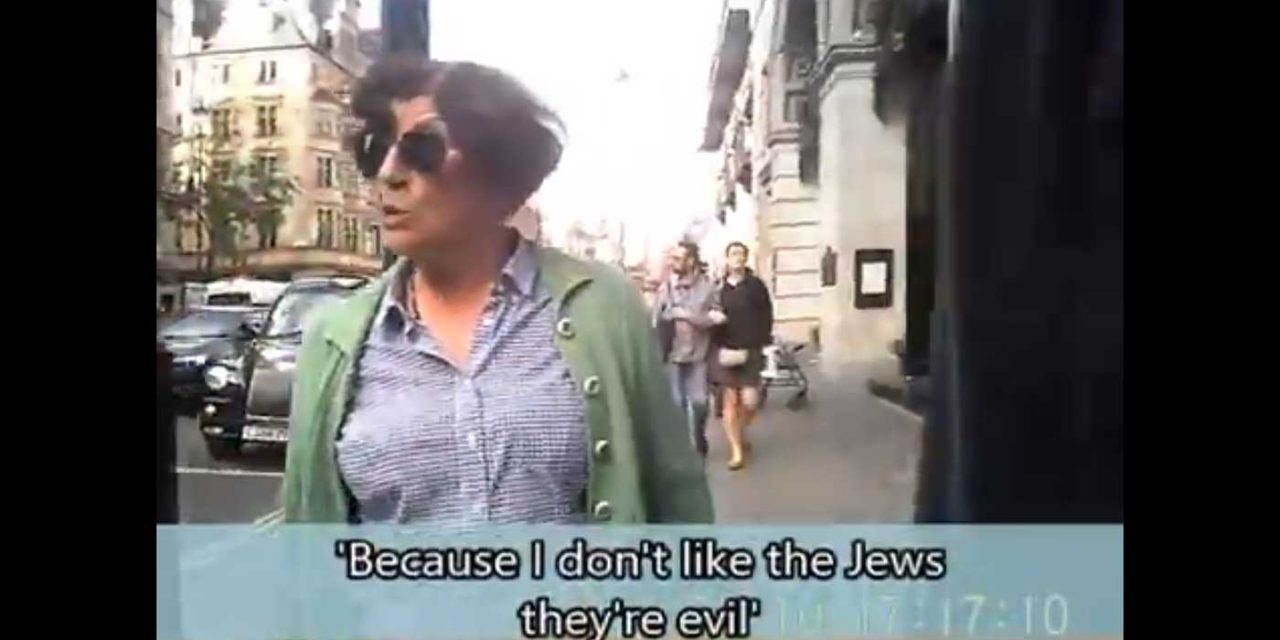 Watch this shocking engagement between two Israel supporters and an anti-Semite who calls for a second Holocaust against the Jews during Sunday’s Al Quds rally in London.

The video starts with the woman declaring that “everybody who is anything in America is a Jew” before claiming, “You [Jews] hold all the power. You do.”

When the Jewish lady tells the woman that Jews “are good human beings” the unknown anti-Semite replies “no you are not.”

The lady then describes the BBC as the “Jewish Broadcasting Corporation”.

Asked if the Jews control the world the woman replies, “Of course they do.”

The man behind the camera, David Collier, then asks the lady what should happen to the Jews, the woman replies, “God will do that, he will punish you and hit you hard again as he did before… as he did in the 2nd World War.”

Collier then challenges the woman. “You are saying that a people who suffered, 6 million, that was a punishment by God and it should happen to them again?” he asks.

“Yes, absolutely,” the woman replies, “because you have sinned so much”.

The video ends with the Israel supporting woman calling the anti-Semite “a complete and utter bigoted person” who is “not prepared to listen”.

The anti-Semitic woman replies, “Because I don’t like the Jews. They’re evil.”

This is a shocking display of anti-Semitism on the streets of London.

Could it be that the government’s lack of action against terrorist groups such as Hezbollah and the allowance of terrorist flags to be raised London along with marches that call for the destruction of Israel, the world’s only Jewish state, helps to create this atmosphere where anti-Semites are empowered to speak this way?