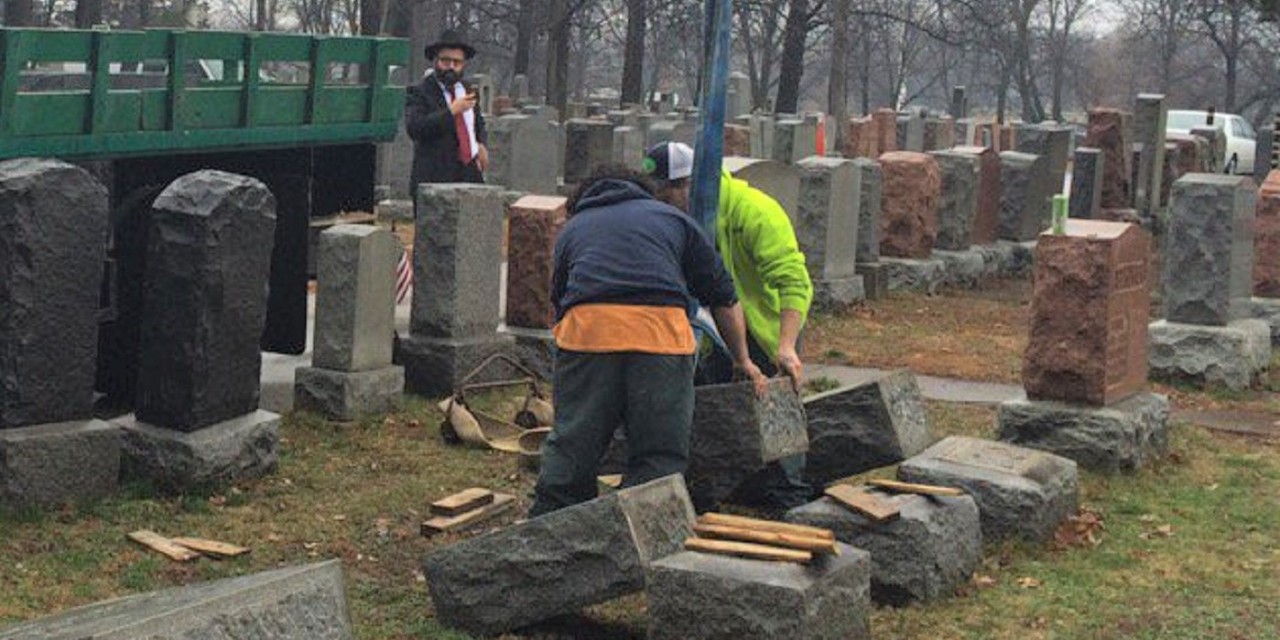 Christians in the same neighbourhood as a Jewish cemetery that was vandalised earlier this week has launched a fund-raising campaign to support the local Jewish community in repairs.

All Nations Church of University City, a suburb in St. Louis, is collecting a donation for Chesed Shel Emeth Cemetery, which suffered the vandalism of 153 tombstones on 19 February. Describing itself as “a church as diverse as the city we serve” the local Christians have rallied to the call to support and serve the Jewish community affected.

A spokesperson for the church told CUFI-UK, “After the cemetery was tragically vandalised, to encourage giving, and to encourage loving our neighbour, we decided to start a $500 matching donation to be given directly and entirely to the cemetery. To date, we are excited to announce that we’ve raised over $3,000.”

The Jewish cemetery at Chesed Shel Emeth Cemetery in University City dates to 1893. The tombstones vandalised are in an older section of the cemetery; much of which pre-date 1960.

Chesed Shel Emeth Cemetery was targeted by vandals last night. We are collecting donations & will match up to $500:https://t.co/LILMRjsewy

Officials at the fenced and gated cemetery believe it happened over the weekend; it was closed between late Sunday afternoon and Monday morning. Police said they didn’t immediately know who did it, or why. Investigators are reviewing security camera footage in the areas surrounding the cemetery. The vandalism left families wondering whether their loved ones’ tombstones were affected, what it will take to repair the damage and whether their heritage had anything to do with why it happened.

A steady stream of people were stopping by to see if the toppled headstones belonged to any of their family members who are buried at the site.

“These are holocaust survivors that are in here they shouldn’t have to endure anymore trauma let them be settled,” said Robin Rickerman whose elders including great aunts and uncles are buried at the gravesite.