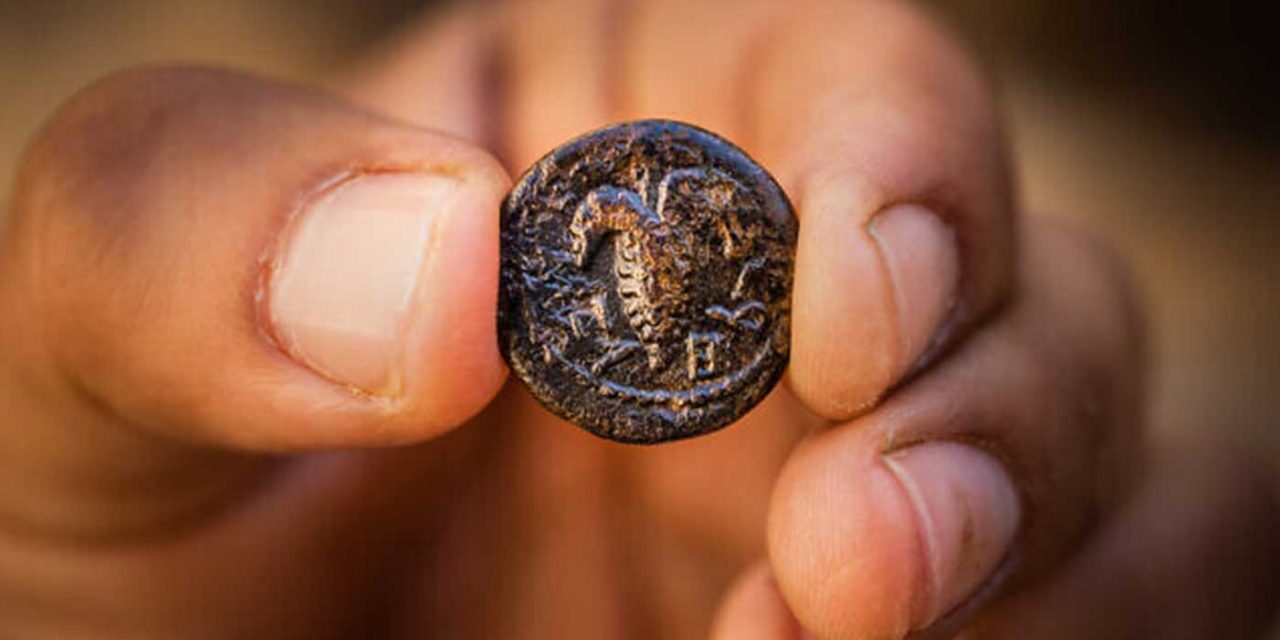 The Israel Antiquities Authority on Monday revealed a coin minted during the Bar Kochba revolt that was unearthed near the Temple Mount in Jerusalem’s Old City.

The announcement of the coin’s discovery was timed to coincide with the Lag B’Omer holiday, which begins Monday evening and marks the death of second-century sage Rabbi Shimon Bar Yohai.

The festival is usually celebrated in Israel with large bonfires, which are meant to honor both Bar Yohai and those who took part in the Bar Kochba revolt, an uprising against Roman rule in Judea in 132-135 AD.

The coin, which was found in the William Davidson Archaeological Park next to the Western Wall, is adorned with a cluster of grapes and the words “Year Two of the Freedom of Israel” on one side — declaring the rebels’ purpose — while the other side has a palm tree and the word “Jerusalem.”

Dr. Donald Tzvi Ariel, head of the Israel Antiquities Authority’s coin department, said of the thousands of coins found in the area of the Old City, only four have been from the time of the Bar Kochba revolt, though many more have been discovered elsewhere in the country.
Read the full story at Times of Israel