Ambassador Haley says Abbas is not ready to make peace 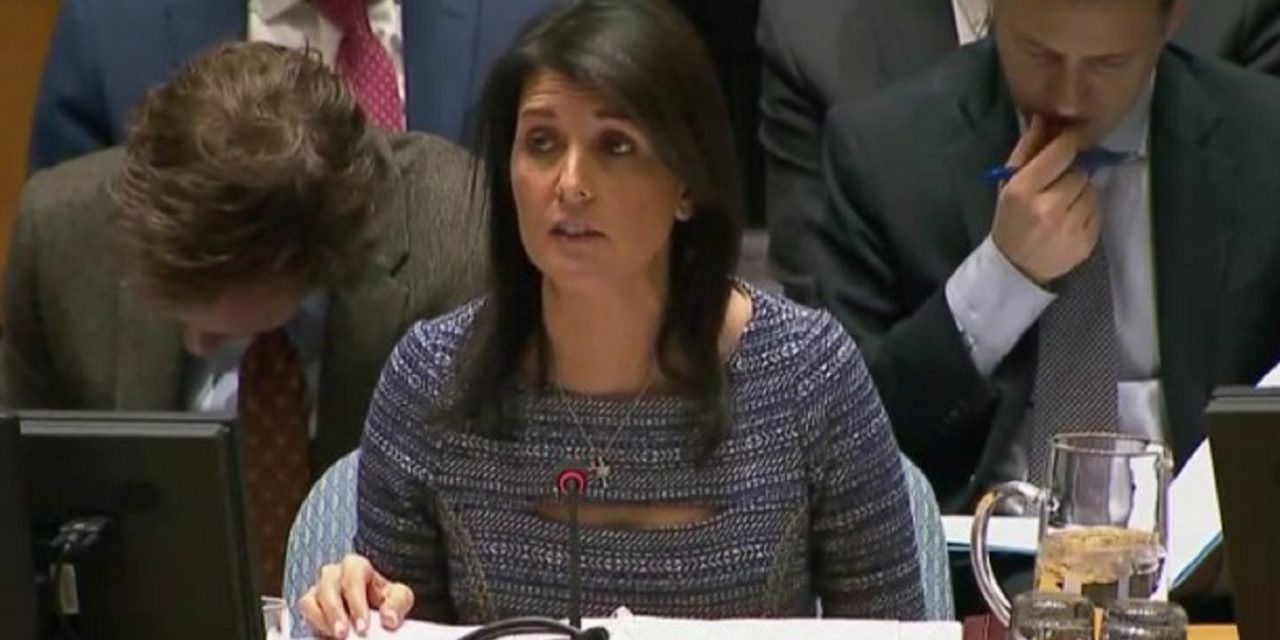 Referring to a recent “hate-filled” speech given by Palestinian Authority President Mahmoud Abbas in which he declared the Oslo Accords dead, United States Ambassador to the United Nations Nikki Haley told the UN Security Council Thursday, “A speech that indulges in outrageous and discredited conspiracy theories is not the speech of a person with the courage and the will to seek peace.”

Haley, who was addressing the Security Council during its monthly meeting to address the Middle East, said that she would “set aside her usual practice” of highlighting the Iranian threat to the Middle East and instead address what she called the “important element” of making peace, specifically “leaders who have the will to do what’s needed to achieve peace.”

Haley cited the example of Egyptian President Anwar Sadat, who addressed Israel’s Knesset and told Israel, “You want to live with us in this part of the world. In all sincerity, I tell you, we welcome you among us, with full security and safety.” The words, Haley said, made “Israel understand that it had a partner with whom it could make those painful compromises” that were necessary for a peace deal with Egypt.

In contrast, in his recent speech to the Palestinian Liberation Organization Central Committee, Abbas “declared the landmark Oslo Peace Accords dead. He rejected any American role in peace talks. He insulted the American President. He called for suspending recognition of Israel. He invoked an ugly and fictional past, reaching back to the 17th century to paint Israel as a colonialist project engineered by European powers.”

“A speech that indulges in outrageous and discredited conspiracy theories is not the speech of a person with the courage and the will to seek peace,” Haley observed. And while she said that the United States “remains fully prepared and eager to pursue peace,” which would require compromise, but “hate-filled speeches and end-runs around negotiations take us nowhere.”

In remarks at the World Economic Forum in Davos Switzerland as he met Thursday with Israeli Prime Minister Benjamin Netanyahu, President Donald Trump also put the onus for lack of progress in peace talks on the Palestinians. Trump said that significant aid money for the Palestinians “is on the table and that money is not going to them unless they sit down and negotiate peace.”