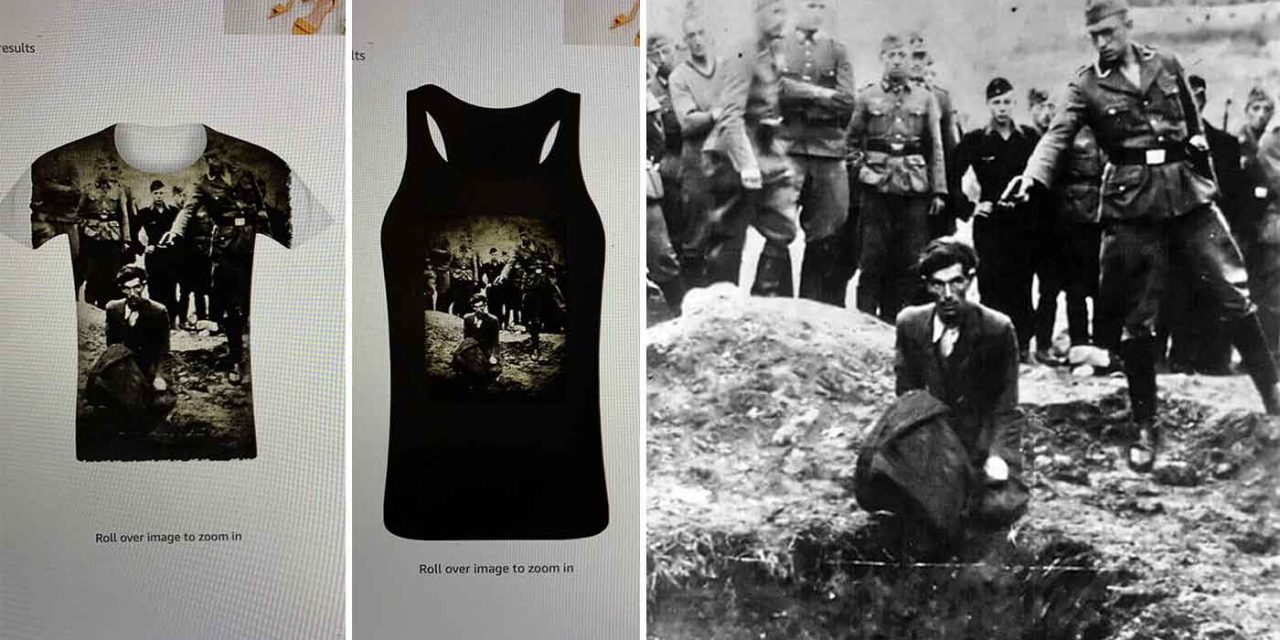 Amazon UK has removed a number of items that were available to buy on its UK store which featured images of the Holocaust, including massacres of Jews.

An investigation by Israel’s Channel 12 News found that “Holocaust victim” tank tops, t-shirts and hooded jumpers were available for purchase on the site, the Jewish Chronicle reports.

The clothes were available from between £9 and £20 from the seller, “Harma Art”, which described its “stylish” clothes as being a “great collection of authentic designs” which will help people to “stand out from the crowd”.

Reported on @NewsChannelIL : Amazon UK sold a line of clothing with picture of a murdered Jewish Holocaust victim. The famous picture “last Jew in Vinnitsa” printed on hoodies, t shirts and tank tops was sold for £9-£20. Following our inquiry @AmazonUK are removing the items. pic.twitter.com/742qmtUiSm

One of the images featured on the clothing was the infamous “The Last Jew in Vinnitsa” photograph.

This photograph was taken during the Holocaust in Ukraine and shows a man near the town of Vinnitsa about to be shot dead by a member of the Einsatzgruppe D, a mobile death squad of the Nazi SS. The victim is kneeling beside a mass grave already containing the bodies of dead Jews with the SS officer holding a pistol to his head. Behind the pair a group of SS and Reich Labour men look on, ready to watch the final Jew in the town be murdered.

The original image, removed from the pocket of a dead Nazi soldier, had the words “Last Jew in Vinnitsa” written on the reverse.

It is disgraceful that a company would try to make money from such a tragedy and is right for Amazon to clamp down on the sale of these items. 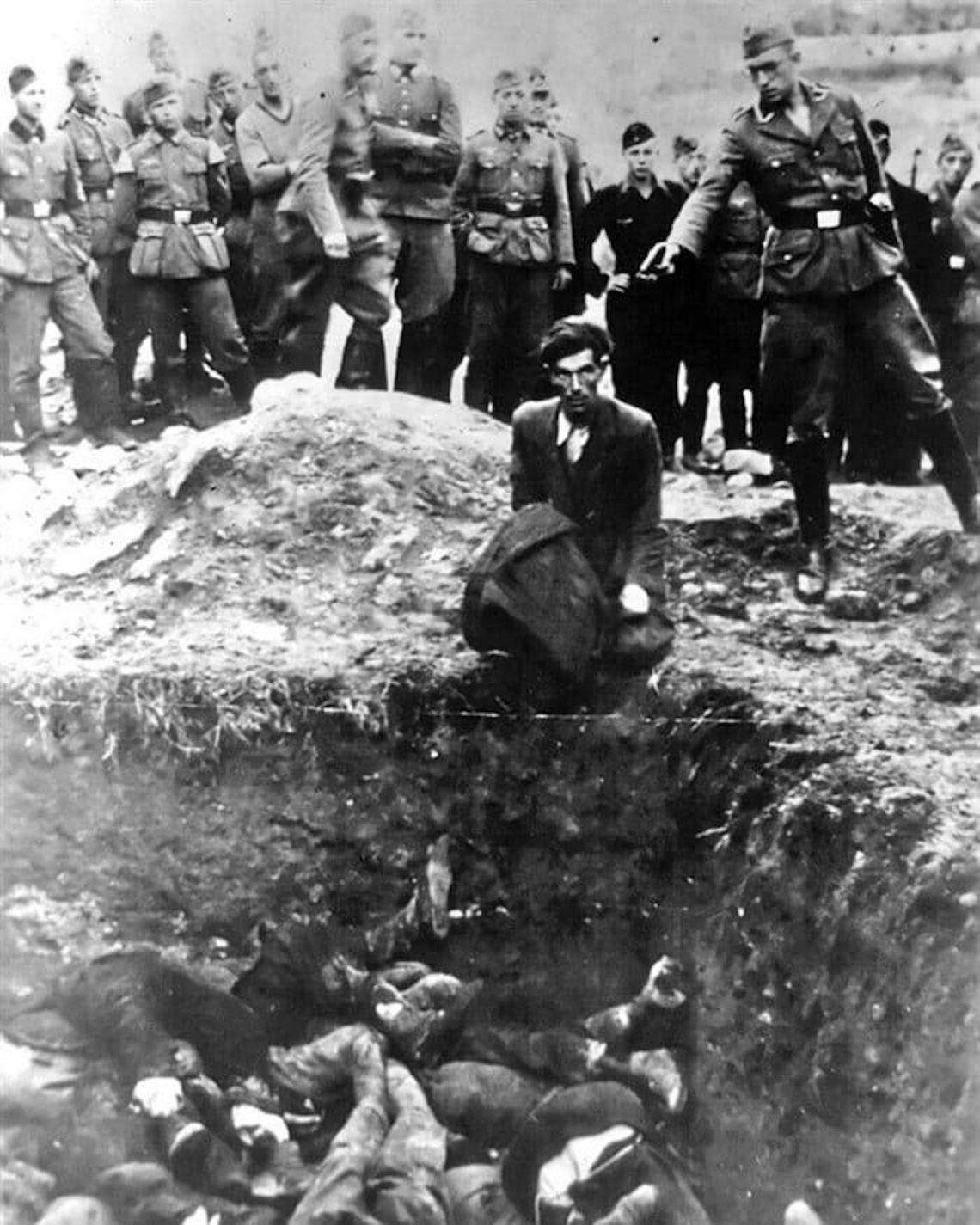