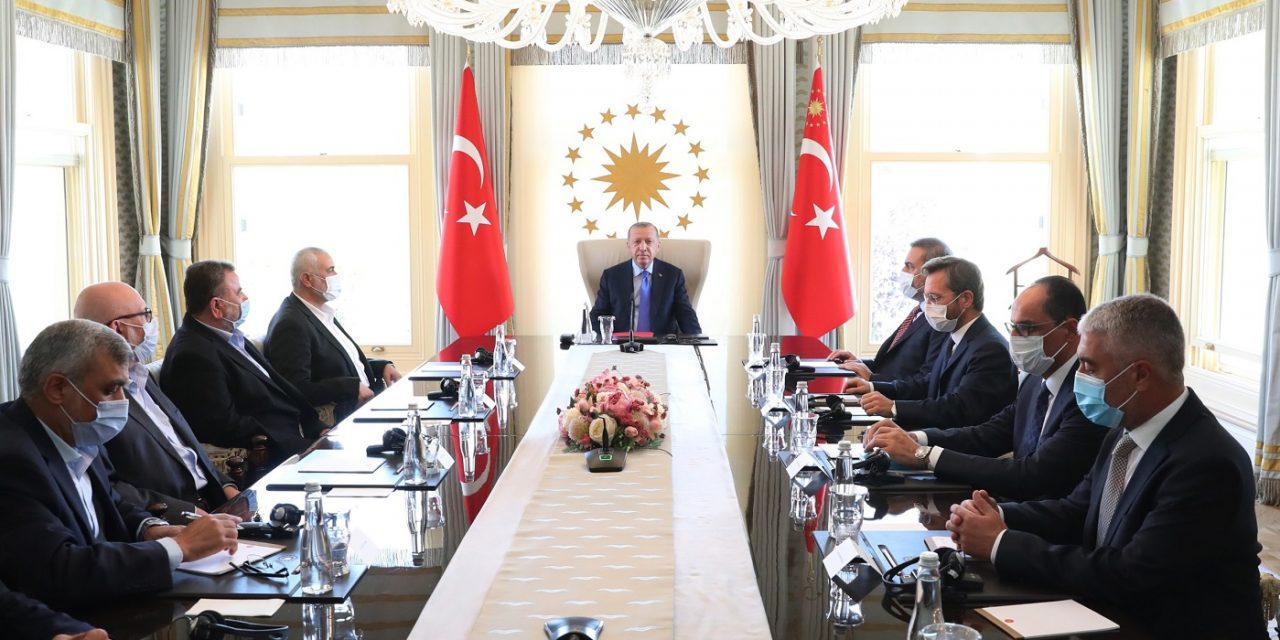 The president of Turkey has come under fire for meeting the head of Hamas and other leaders of the terror group in Istanbul last week.

The meeting took place in the presence of the head of the Turkish intelligence service, Hakan Fidan.

According to a statement issued by the terrorist group, Hamas deputy leader Saleh al-Arouri and the group’s representatives in Turkey and abroad, Jihad Yaghmor and Maher Salah, also attended the meeting.

Responding to the meeting, the US State Department released a statement, saying, “President Erdogan’s actions towards this terrorist organization only serve to isolate Turkey from the international community, besides harming the interests of the Palestinian people and undermining international efforts to prevent terrorist attacks from Gaza.”

“We also express our concern about relations between the Turkish government and Hamas. This is the second time that President Erdogan has welcomed Hamas leaders to his territory this year, with the first meeting taking place on February 1,” the State Department added.

An article by i24news says Ankara not only provides material backing to Hamas, but it has also granted citizenship to its members. There are also credible reports that the Gazan terrorist organization has plotted attacks on Israeli targets within Turkey.

Hamas praised Erdogan for holding the meeting, according to a report in The Jerusalem Post. “It said that the delegation included Hamas deputy chief Saleh al-Arouri, chief of Hamas abroad Maher Salah and head of Hamas Arab and Islamic religions Ezzat al-Rihiq and Hamas representative in Turkey Jihad Yaghmor.”

In addition, Hamas political head Ismail Haniyeh praised Erdogan’s decision to return the Hagia Sophia to its former use as a mosque.

Second from Erdogan’s right is Saleh al-Arouri, Hamas deputy leader. US has designated him a senior terrorist and has a $5m bounty on his head but Erdogan hosts him openly. pic.twitter.com/3JUzmsLXCL