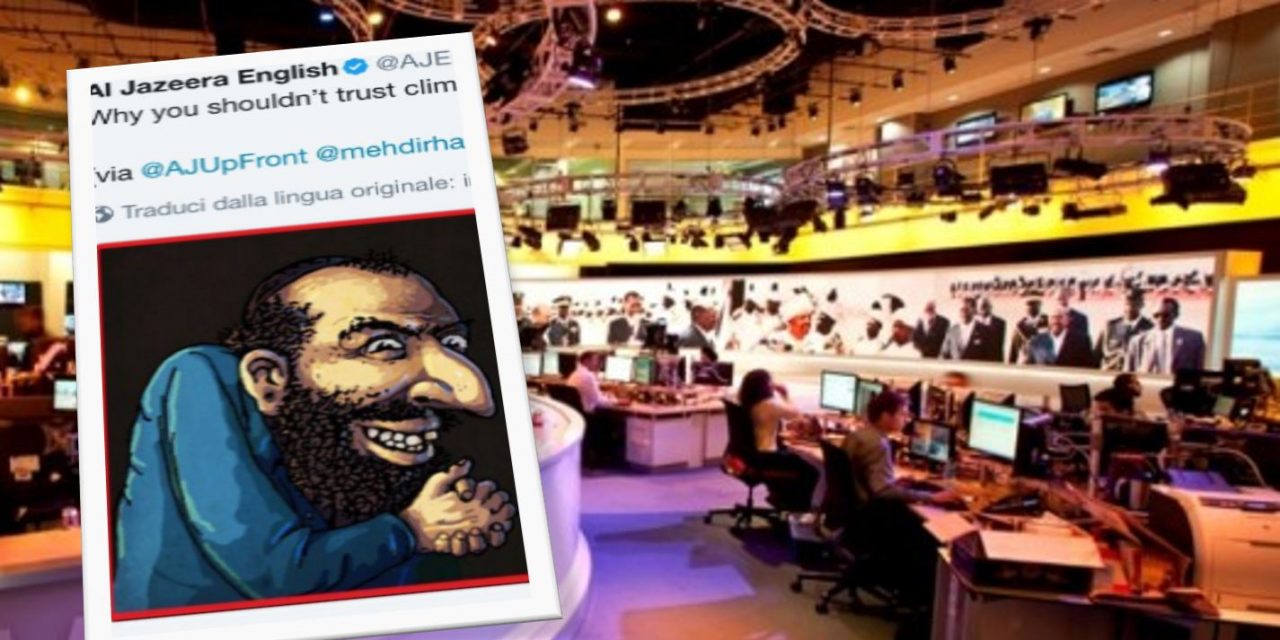 Al Jazeera English quickly deleted a Twitter post on Wednesday that featured an antisemitic portrayal of a Jewish man commenting on climate change.

The tweet, which was captured by numerous Twitter users before it was deleted, featured a caricature of a Jew saying that the “climate change scam is working out perfectly for our long term Talmudic plan of world domination!”

A tweet with identical text of the deleted post was reposted by Al Jazeera English with the antisemitic image replaced by a video of network host Mehdir Hasan explaining that “climate change deniers” have been paid off to fight for the oil and gas industry.

The tweet was evidently in response to reports that US President Donald Trump plans to pull his support from the so-called Paris Agreement, a global initiative designed to tackle carbon emissions.

In response, the Qatari-based news network called the image “offensive,” telling The Washington Beacon that “we hope to learn more” about the incident following an investigation, describing the tweet as an “error.”