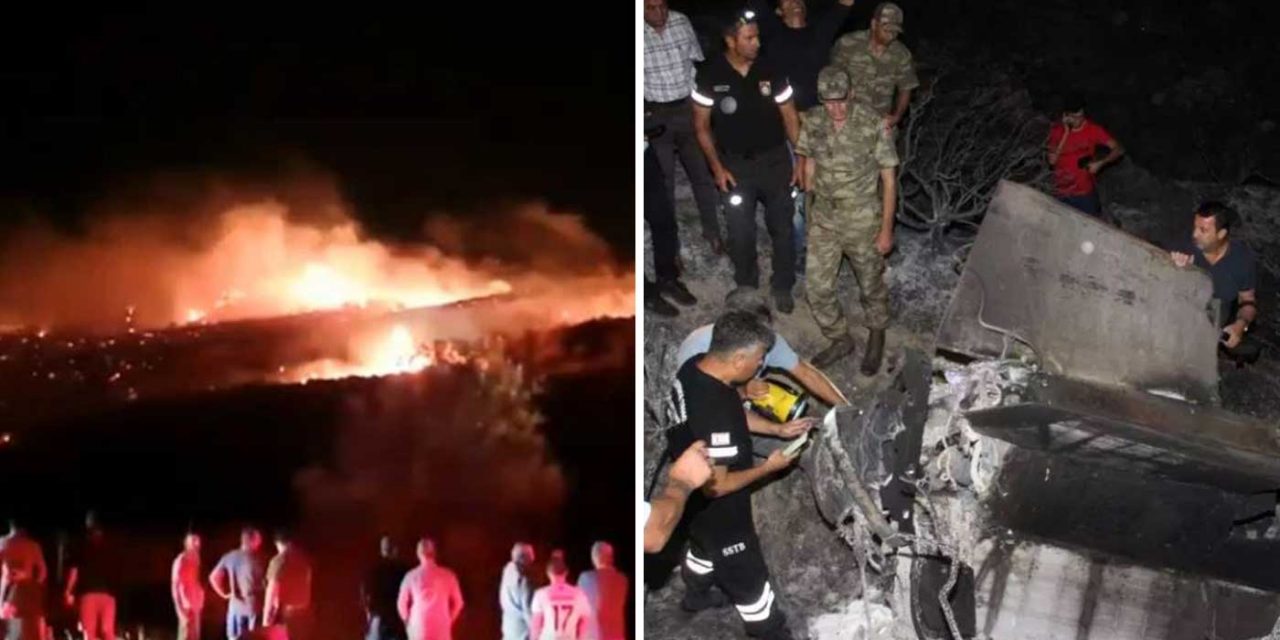 In the early hours of Monday morning, airstrikes were carried out on Iranian targets inside Syria. No country has claimed responsibility for the strikes, but all fingers are pointing at Israel.

Naturally, Syria has tried to blame the civilian deaths on Israel. However, there is strong evidence to suggest that it was not Israel’s fault and there was immediate speculation that it was Syria’s anti-aircraft fire that had caused the death. A short while later, this was almost confirmed to be the case. Why? Because a large Russian-made rocket from Syria also landed in Cyprus that same morning.

Cyprus is located 100 km West of Syria and is an island country in the Mediterranean Sea. It has no involvement in the war in Syria and was not anyone’s target.

Whilst we do not have the full details of what happened, but the speculation is that the Syrian military attempted to fend off Israel’s airstrikes using their newly acquired S-300 air defence system which they bought from Russia. Instead of shooting down Israeli planes, they instead struck a neighbouring country and killed some of their own civilians.

The S-300, is a Russian built anti-aircraft missile system, said to be one of the most advanced systems in the world. The misfiring could be that the new system is having some teething problems. However, it is likely that Israel has developed ways of overcoming the system. Or as some reports say, “Israel’s F-35 stealth fighter planes managed to hoodwink the system”.

There are other reports that the missile that landed in Cyprus was part of the S-200 system, an older, but still advanced air defence system.

Israel has been saying since February that if Syria uses this system against their fighter jets then Israel will destroy the S-300 units. So it could be that it was in-fact the old system being used. Either way, the result was disastrous for Syria.

Israel has said time and time again that they take the threat from these units seriously, but that they will not stop Israel’s airstrikes.

So it would appear that Israel was testing the Russian made system and took out some Iranian fighters (who should not be in Syria in the first place) in order to defend Israel. We cannot know for sure.

It is very sad that Syrian civilians were killed as a result of the Syrian army. And it was no doubt scary for the British tourists who were reported to have been holidaying right next to where the rocket struck a forest in Cyprus. However, we must also be thankful that Israel is advancing its military capabilities in order to overcome her enemies.