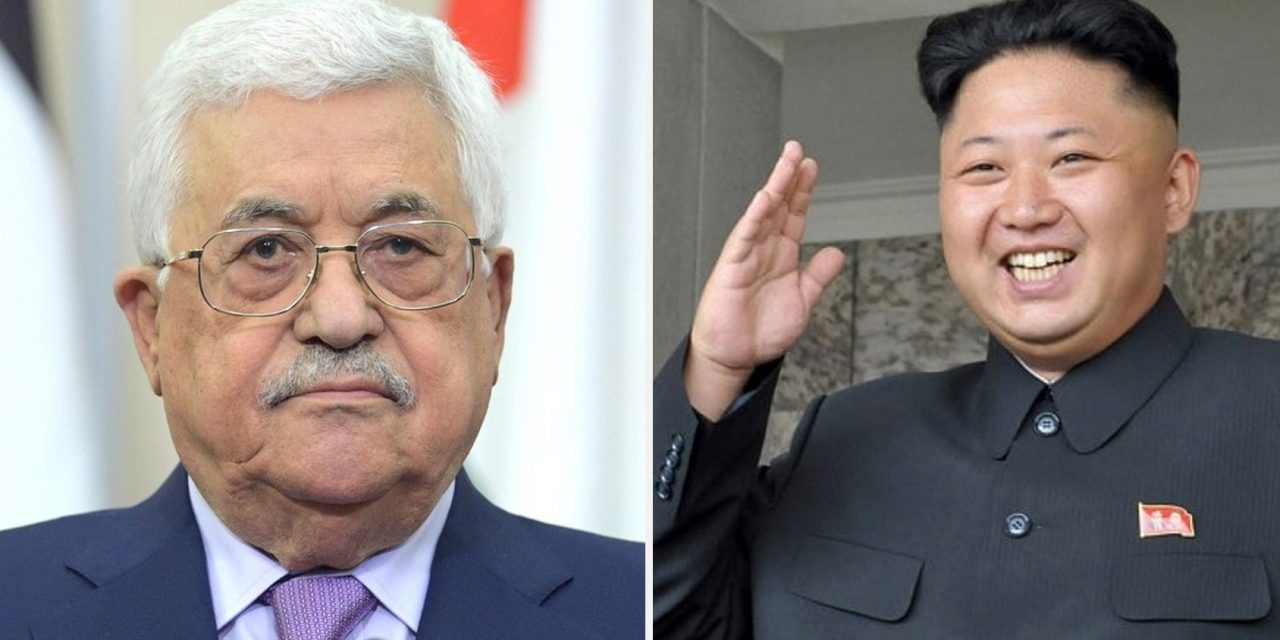 Abbas wished “the Korean people continued stability and prosperity; and that the historical friendly relations between Palestine and North Korea and their two peoples will continue to develop and grow.”

Last week, North Korea threatened to launch a missile attack on the US Pacific territory of Guam.

Earlier today, the North Korean dictator backed down from his threat to attack the US territory.

Kim received a report from his army on its plans to fire missiles toward Guam on Monday night, and said he intends to keep close watch on the actions of the United States for a while longer before making a decision, Reuters reported, citing the North’s official news agency KCNA.

Kim, who inspected the command of the North’s army, examined the plan for a long time and discussed it with army officers, KCNA said.

Earlier this year, Abbas sent his “blessings” to the Iranian regime in honor of the 1979 Iranian revolution:
“[Chairman of the Palestinian National Council (i.e., the legislative body of the PLO) Salim] Al-Za’anoun conveyed to Iran’s president [Hassan Rouhani] President Mahmoud Abbas’ blessings to the Iranian people and its leadership on the occasion of the 38th anniversary of the Iranian Revolution.”