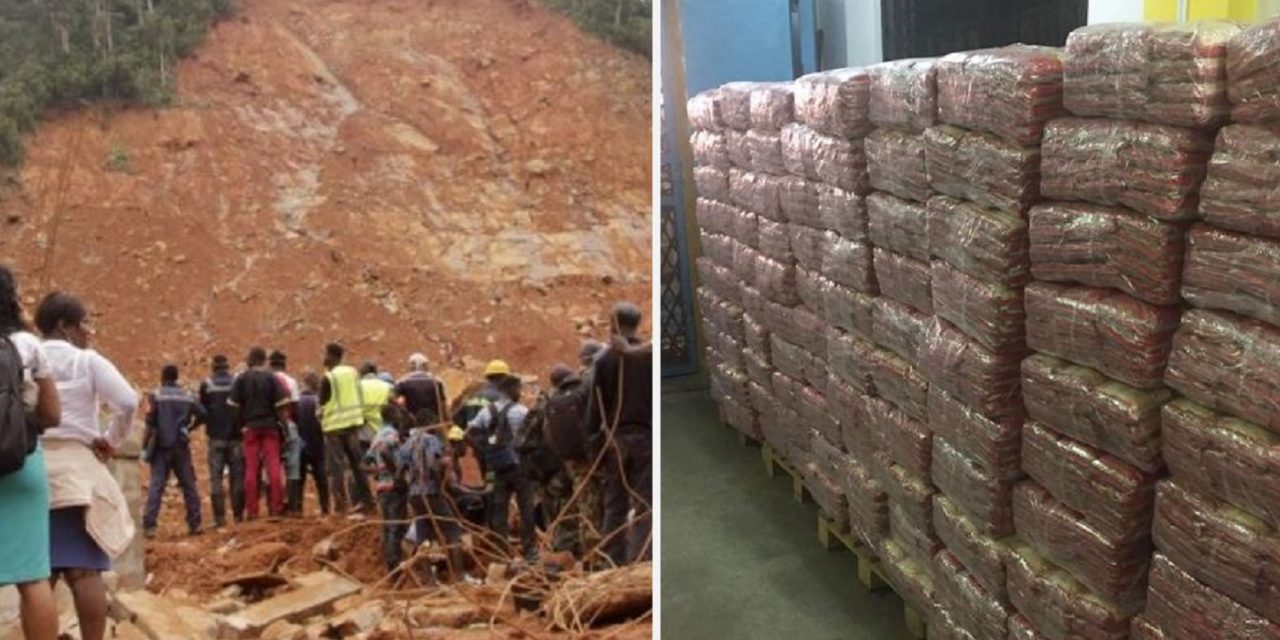 The first international aid arrived in Sierra Leone on Tuesday after Israel sent enough food for 10,000 meals for the thousands displaced by the deadly mudslides in the West African country.

Israel’s Ambassador to West Africa Paul Hirschson, who has been tasked with coordinating Israeli assistance in Sierra Leone, tweeted that he was “proud to say” the food was the first international aid to arrive in the country, along with an image of thousands of tins of baked beans.

Foreign Ministry Spokesman Emmanuel Nahshon also tweeted an image of other packages of food sent by Israel that had arrived in Sierra Leone, adding that the initial shipment was enough for 10,000 meals.

Israel has also promised to send in further assistance, including medical assistance and other help depending on the needs of Sierra Leone, where more than 300 people have died in the flooding and mudslides.

Also Tuesday, the Israeli aid agency IsrAID said that it had a team on the ground who were “providing relief and psycho social support” for those effected.

It's been a long day. 1st international aid to #SierraLeone delivered. Proud to say it's from @Israel through @MASHAVisrael pic.twitter.com/zaKCsyKtcx

Initial Red Cross estimates said as many as 3,000 people were left homeless and the figure is expected to rise.

On Monday night Prime Minister Benjamin Netanyahu instructed the Foreign Ministry to send the aid to Freetown as soon as possible.

Sierra Leone’s President Ernest Bai Koroma visited Israel in January, and at that time Netanyahu discussed with him the possibility of sending a delegation to support economic development.

Addressing the media in Regent, one of the areas hit hardest by the flooding, Koroma fought back tears Tuesday as he said the devastation “was overwhelming us.”

“Entire communities have been wiped out,” Koroma said at the disaster site, where heavy rains streaming down the hill caused a landslide and engulfed homes three or four storeys high on Monday, many of them built illegally.

The Sierra Leone government has promised relief to the more than 3,000 people left homeless, opening an emergency response center in Regent and four registration centers.

The Red Cross said 600 people were still missing, though the Interior Minister put the number in the thousands.

Sierra Leone is one of the poorest countries in the world, according to UN indicators.

Sierra Leone’s military, police and Red Cross volunteers were deployed in an all-out effort to locate and rescue citizens trapped in their homes or under rubble.