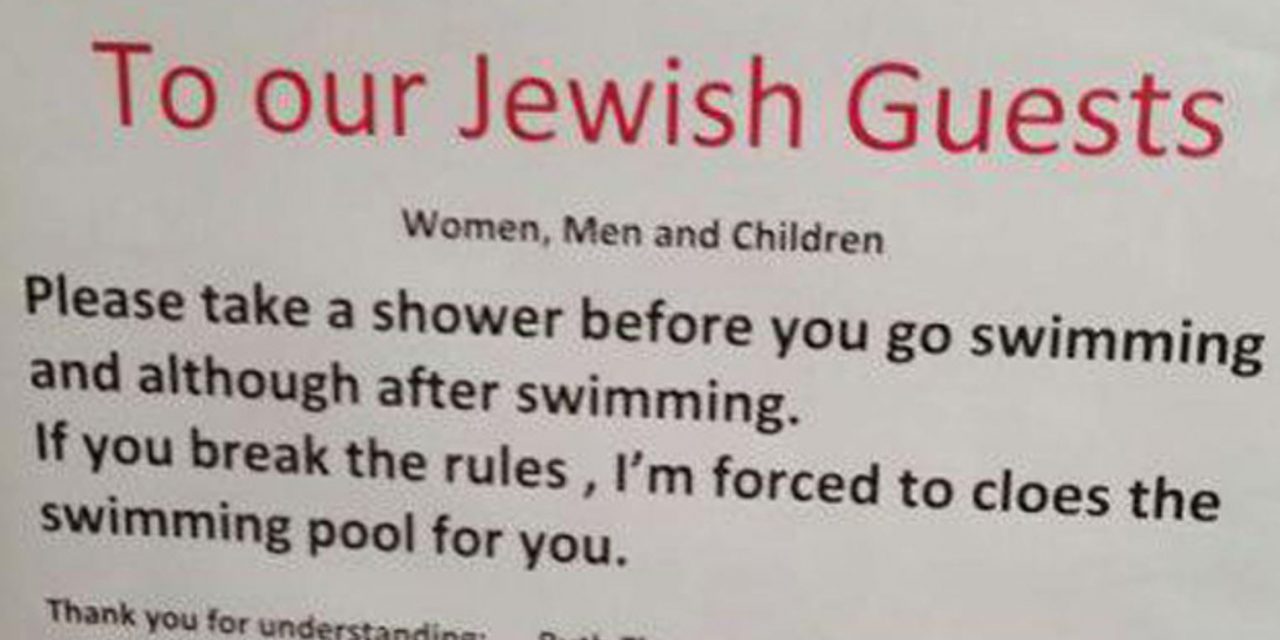 A Swiss hotel has sparked outrage after signs telling Jewish guests to shower before entering its swimming pool appeared.

The Paradies Arosa hotel in eastern Switzerland triggered formal complaints of anti-Semitism after a picture of the sign was posted on Facebook.

It read: “To our Jewish guests, women, men and children, please take a shower before you go swimming.”

The sign at the hotel in the Alpine village of Arosa in the east of the country, added: “If you break the rules I’m forced to [close] the swimming pool for you.”

Swiss Tourism spokesman Markus Berger called the sign “unacceptable”, adding it has been removed and hotel management has apologised.

Mr Berger cited a trend among some Orthodox Jews of summer travel to the area.

Hotel manager Ruth Thomann was quoted in Swiss media saying: “I wrote something naive on that poster”.

She added that she was not anti-Semitic and admitted her “choice of words was a mistake”.