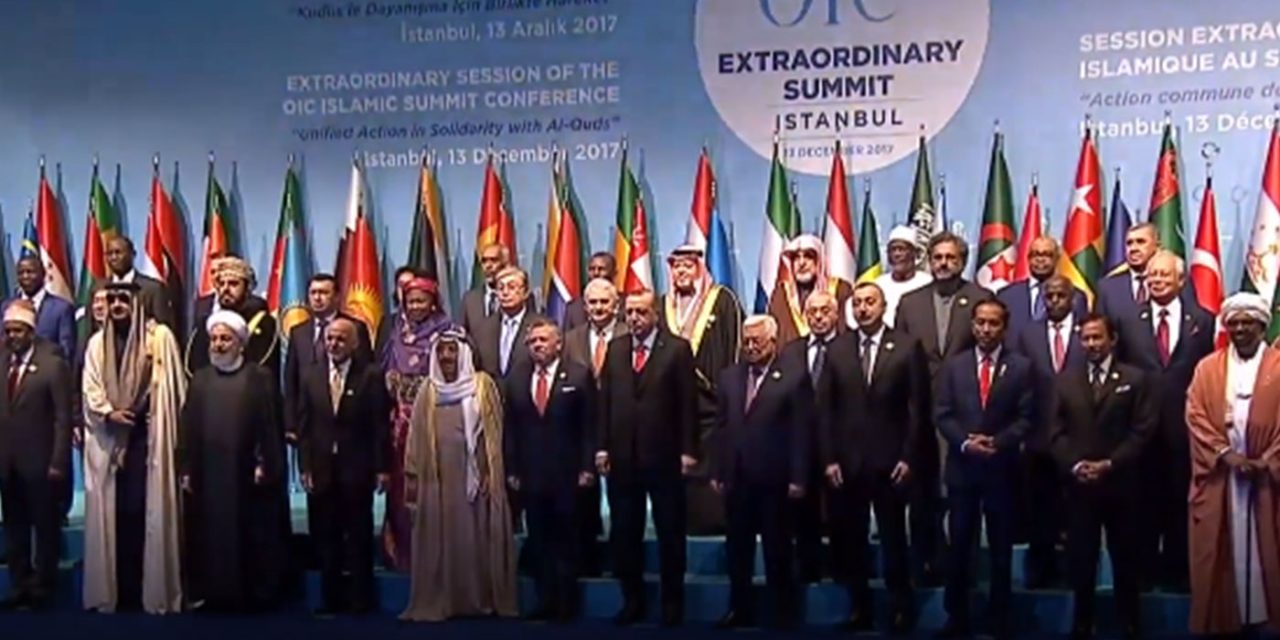 The Organisation of Islamic Cooperation gathered in Istanbul, Turkey on Wednesday, a unique coming together of 57 Islamic nations.

The statement claimed the U.S. decision was “null and void legally” and is considered an attack on the rights of the Palestinians.

The communique also said the bloc considers the U.S. declaration as an “announcement of the U.S. administration’s withdrawal from its role as sponsor of peace.”

Various leaders spoke during the meeting, however, some of the most scathing remarks came from Palestinian President Abbas and Turkey’s President Erdogan.

Palestinian President Mahmoud Abbas told the leaders gathered that Trump’s decision was “a crime” and claimed that “Jerusalem was, still is and will always be the capital of the State of Palestine”.

Abbas also had the audacity to call on the world to change its position on recognising Israel.

“We call on world nations to reconsider their recognition of Israel over its conduct toward Palestinians and its dismissal of decisions by the international community with the backing of the United States,” Abbas told Muslim leaders in Turkey.

Unfortunately, the British government’s position on this issue has been used as an attack against the legitimacy of Jerusalem as Israel’s capital.

Abbas said, “Trump gave Jerusalem to the Zionist movement as if it as an American city, but for the first time the entire world stood against him, even Britain, Canada and Australia.”

“The real proprietor of these lands is Palestine,” Erdogan said.

“Mr. Trump wants all this to be Israel. This is the product of an evangelist and Zionist mentality,” he says at the close of an emergency Muslim summit in Istanbul, adding that there can no longer be “any question” of the United States being a mediator in the Israel-Palestinian conflict.

The secretary general of the Organization of Islamic Cooperation has called on countries who have not recognized Palestine as a state to do so.