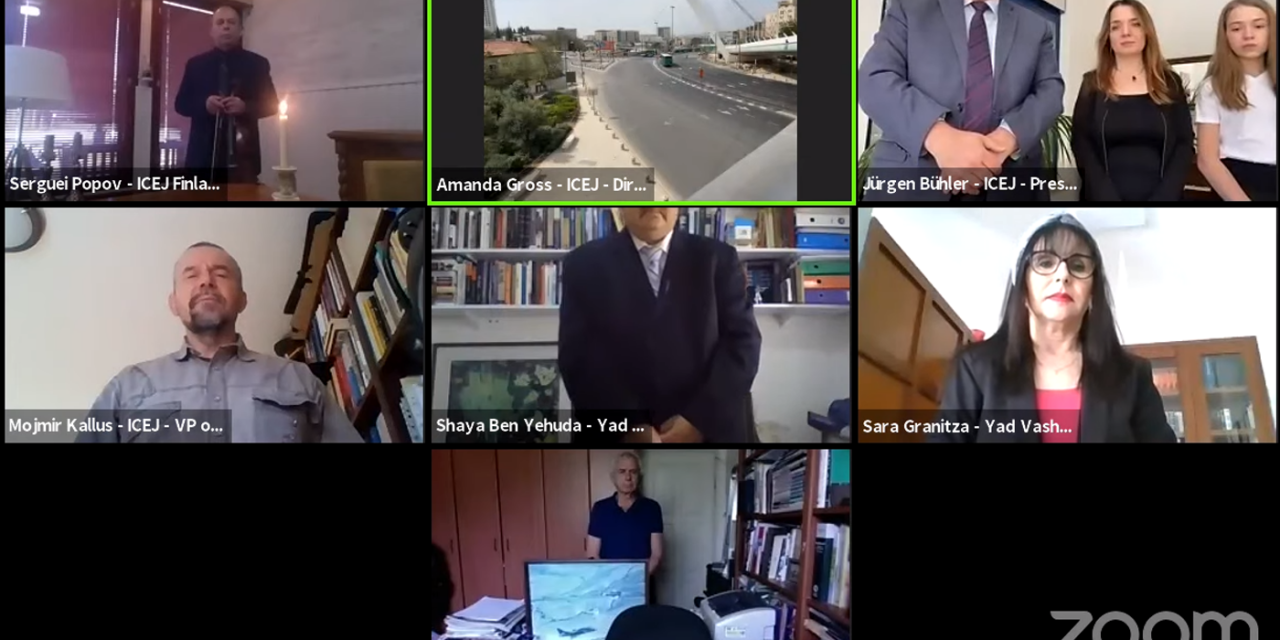 Around 40,000 Christians took part in an online event to remember the Holocaust to stand for a minute’s silence on Yom HaShoah.

Tuesday marked Yom HaShoah, Holocaust Remembrance Day for Israel and the Jewish people, and every year in Israel sirens sound throughout the country mark a moment of silence to remember the 6 million Jewish men women and children who were killed during the Holocaust.

During this brief moment, the Jewish state comes to a standstill. Drivers pull over and get out of their vehicles to stand in silence. People stop in their tracks as the sirens sound, sometimes even stopping in the middle of the road they were crossing. Friends who were sat drinking coffee and chatting together suddenly go silent and stand to their feet. All are standing to honour and remember the victims of the Holocaust.

Whilst many countries have moments of silence, there is something very unique about how Israelis do it on Yom HaShoah.

This year, as the world has turned to online events due to the Coronavirus pandemic, the International Christian Embassy in Jerusalem (ICEJ) held an observance online in cooperation with Christian Friends of Yad Vashem (CFYV) and invited Christians from around the world to take part. Their live webinar drew more than 40,000 viewers from around the globe, and when the sirens in Israel sounded, the Christian audience was invited to take part and stand in their homes to observe the minute of silence.

There is no telling how many of those Christians participated, but it is important that Christians show their love for the Jewish people and remember those lost in the Holocaust.

It is clear that the Jewish people were let down by humanity during the Holocaust. We cannot change the past, but we can do the right thing today.

Never again will the Jewish people stand alone in the face of anti-Semitic hatred. Christians from around the world are standing with Israel and the Jewish people and praying for the peace of Jerusalem as demonstrated by ICEJ and CFYV’s online event earlier this week and, of course, through the work we do here at CUFI. It is encouraging to see Christians standing with Jews against hatred.