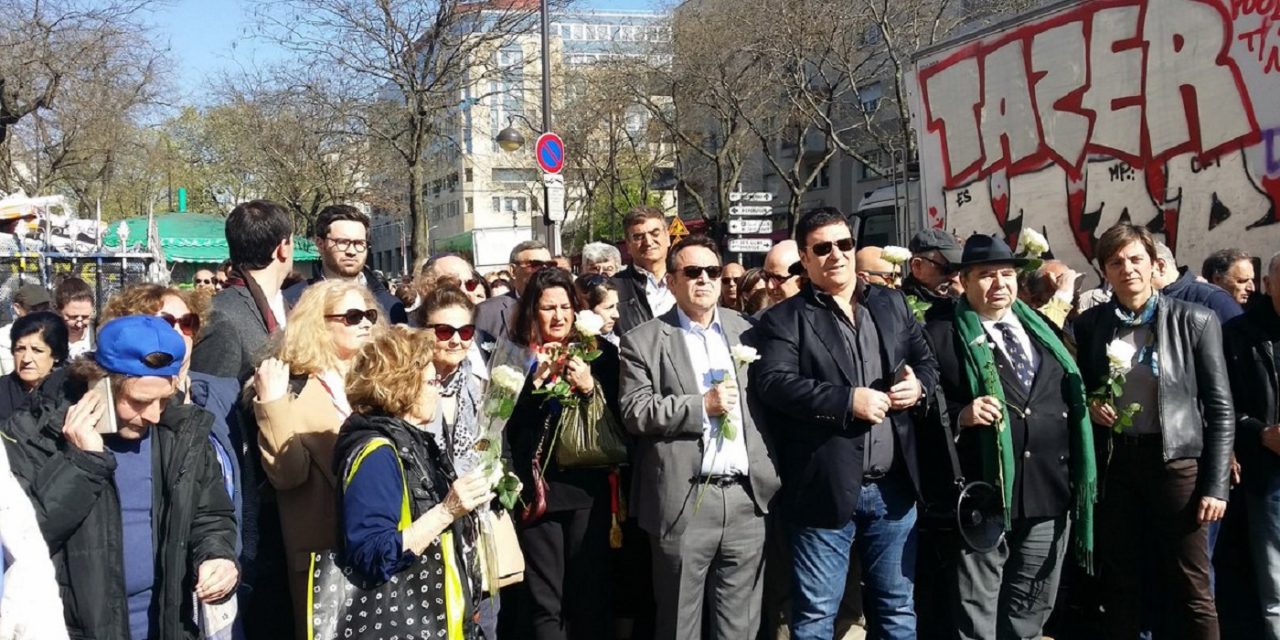 Around 2,000 members of France’s Jewish community gathered Sunday outside the home of Sarah Halimi in Paris to commemorate her anti-Semitic murder last week.

According to a report in Ynet News, 66-year-old Halimi was attacked as she slept in her bed. A 27-year-old Muslim man, Halimi’s neighbour, is suspected of stabbing her before pushing her from her third-story apartment to her death while shouting “Allahu Akbar.”

During the police investigation, the attacker asserted that the Koran had commanded him to murder her. He was sent for psychiatric evaluations and authorities have not yet declared whether the murder was racially motivated.

French parliamentarian Meyer Habib has called on state authorities to investigate the crime as an anti-Semitic attack, though. In a lengthy Facebook post, he said the suspect had routinely harassed Halimi, calling her and her daughter “dirty Jews.”

French riot police were called to the scene to disperse the demonstrators, after some allegedly reacted angrily to anti-Semitic chanting from windows overlooking the commemoration.