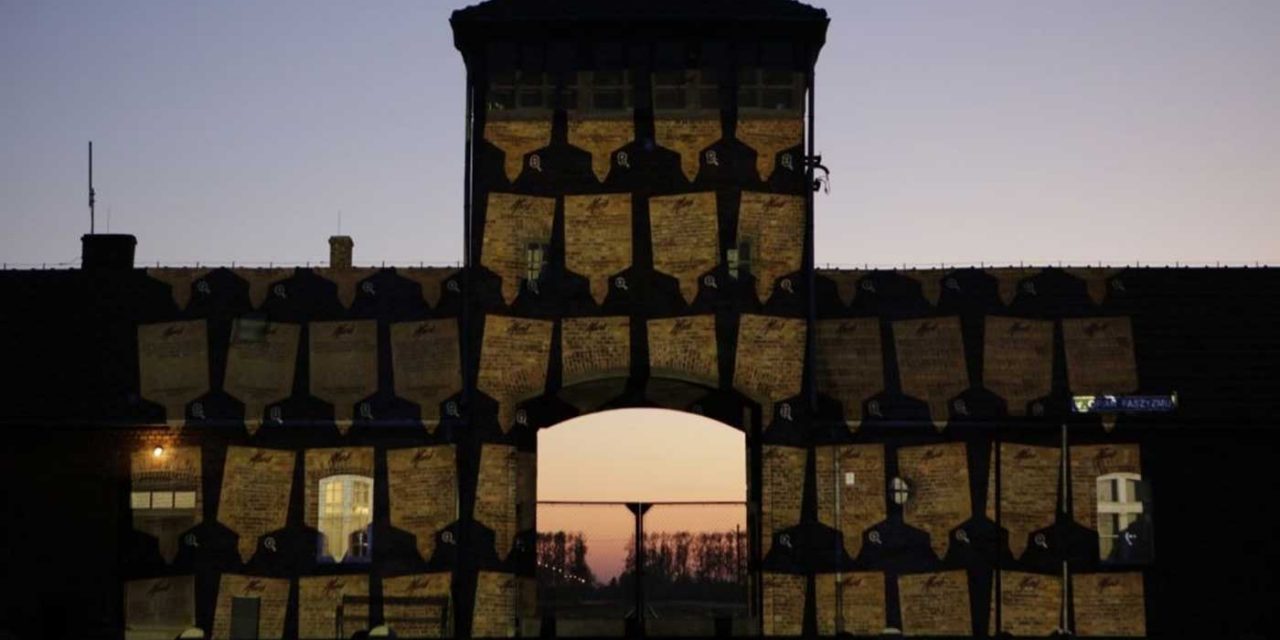 More than 10,000 people have written memorial plaques for the Holocaust which were projected onto the gates of Auschiwtz-Bikrenau starting on Monday in a unique initiative to commemorate the Holocaust during the Coronavirus pandemic.

As memorials and events have been placed on hold around the world, organisations have been resorting to unique ways of spreading their message and helping people to share in the experience.

The March of the living was due to take place in March but was cancelled due to the Coronavirus pandemic. Instead of people marching around the former death camp, people wrote messages online which were then projected onto the Auschwitz-Birkenau entrance.

More than 10,000 of the plaques were uploaded to the March of the Living website, NeverMeansNever, replacing the march’s tradition of placing messages on plaques on the former concentration camp’s train tracks. The plaques illuminated the gates on Monday night, the start of Yom Hashoah. The day Israel and the Jewish people remember the Holocaust.

AS MOTL participants could not place their plaques at Auschwitz-Birkenau this year, we made sure they were displayed there for them. Nothing will stop us from remembering the victims&survivors of the Holocaust & from echoing the message #NeverMeansNever
PC: MOTL-Marcin Kozłowski pic.twitter.com/FEMZcAC3I6

“This is the first time in 32 years that the March of the Living has not taken place on Holocaust Memorial Day, but we must never let the flame of memory be extinguished,” said the march’s chair, Dr. Shmuel Rosenman. “We moved our activities to the virtual space and in this way, we have ensured that Auschwitz-Birkenau is not abandoned on this important day. Thousands of virtual plaques have been uploaded during the past week and many will be screened at Birkenau, sending a strong and clear message – Never Again.”

You can watch the March of the Living’s full virtual event below:

2020 Virtual March of the Living

Join us for the 2020 Virtual March of the Living Ceremony, to remember the victims and survivors of the Holocaust and declare that #NeverMeansNever

Posted by International March of the Living on Tuesday, 21 April 2020