Will you be a Watchman on the walls of Jerusalem? 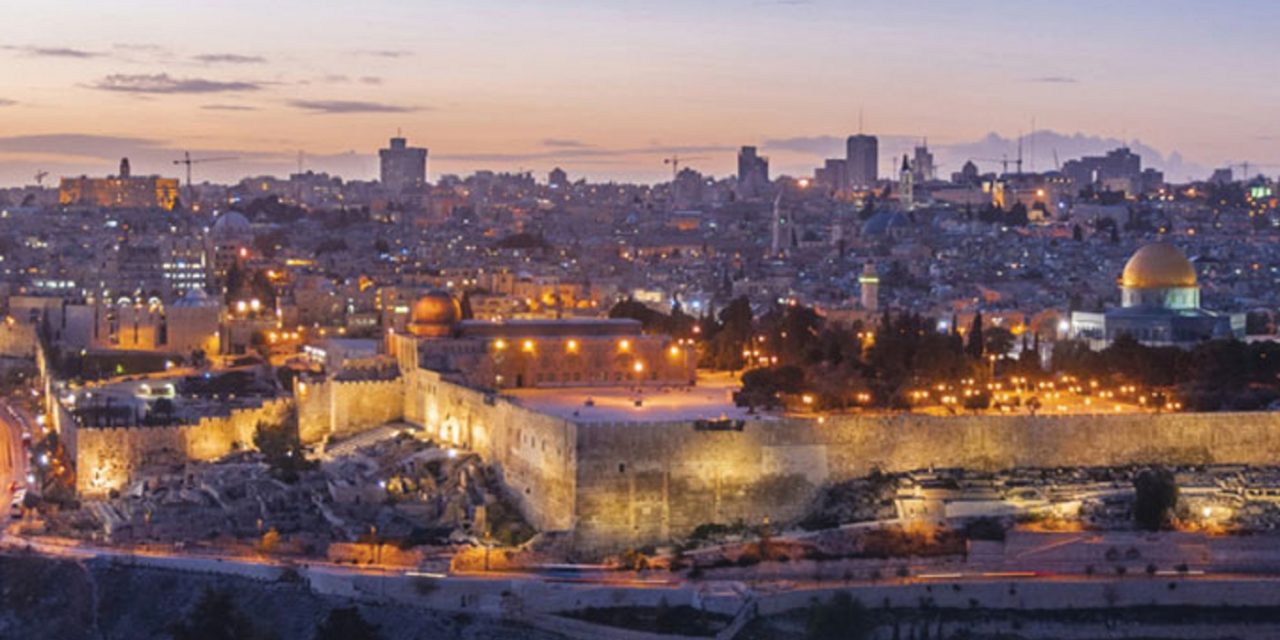 “Pray for the Peace of Jerusalem: May they prosper who love you.”

The rebirth of Israel in 1948 and the reunification of Jerusalem in 1967 are two of the most significant events in world history, both of which were foreseen in Bible prophecy. This year God’s chosen nation and His holy city are celebrating important milestones.

It is 50 years since the reunification of Jerusalem and 100 years since the signing of the Balfour Declaration, which helped lead to the creation of the modern State of Israel. We believe these events have spiritual significance for the world.

When Jerusalem was reunified in June 1967, it brought an end to more than 1,800 years of Jerusalem being occupied by invading forces. Even though Jews dwelt in Jerusalem throughout this time, the city was now rightfully returned to the Jewish people, fulfilling Bible prophecy and God’s promises that have been spoken by Christians and Jews throughout the ages.

There is so much truth and revelation to be found about Israel and Jerusalem in the Bible, but on this Jubilee let us focus on how Jerusalem is God’s beloved city.

One of the greatest kings of Israel was David. He did great things in his time, from slaying Goliath to building Jerusalem. Second Samuel 5:9-10 explains that as King David built the city, he became more powerful, “because the Lord God Almighty was with him”.

We also know from Scripture that God Himself described David as “a man after my own heart”. This means that David and God were in harmony. So it is no surprise that the Psalms of King David abound with revelation on Israel, Jerusalem and Zion, just as God’s heart abounds with love for His land, His city and His people.

The Psalms are the basis for a multitude of hymns and songs that millions of Christians around the world sing in worship each week. These timeless songs are filled with praise to God with many verses proclaiming His promises over Israel and Jerusalem.

If we want to have a passion after God’s own heart, then we will want to see Jerusalem as David saw it. Psalm 122:6 says: “Pray for the peace of Jerusalem: May they prosper who love you. Peace be within your walls, Prosperity within your palaces.”

We encourage you to read the whole of Psalm 122. It is one of many Psalms that reveal God’s heart for Jerusalem.

When we “pray for the peace of Jerusalem”, we are praying for God’s peace in His city, the capital of Israel and epicentre of present and future global events. The root of the word Jerusalem is “Shalem”, which is the same as the Hebrew word for peace, “Shalom”. Jerusalem’s name literally means “the City of Peace”.

It is only when we seek God that we find true peace. And the Bible says that those who love Jerusalem will prosper. Why? Because God loves Jerusalem. We prosper when we follow God’s heart.

Just as the Bible says to pray for Jerusalem, we are also called to watch over Jerusalem.

“I have set watchmen on your walls, O Jerusalem; They shall never hold their peace day or night. You who make mention of the Lord, do not keep silent, And give Him no rest till He establishes And till He makes Jerusalem a praise in the earth.”

This command is clear, Christians must watch over Jerusalem, raise our voices for Jerusalem and pray for the peace of Jerusalem. We believe that CUFI and our supporters are called to take up this cause. We must be vigilant in our watching and never cease to speak out. And the Scripture shows it is God’s heart for Jerusalem to be “a praise in the earth”.

Will you be a Watchman on the walls of Jerusalem with Christians United for Israel?

We need your support to spread the truth of God’s word and to stand with Israel and the Jewish people. For any gift you give to CUFI during this “Jubilee” period, we would like to send you an exclusive “Jerusalem 50” poster as a free gift. We want to bless you with this poster so that it may serve as a reminder to pray for the peace of Jerusalem, God’s beloved city. You may even like to frame it and place it in your home or church. 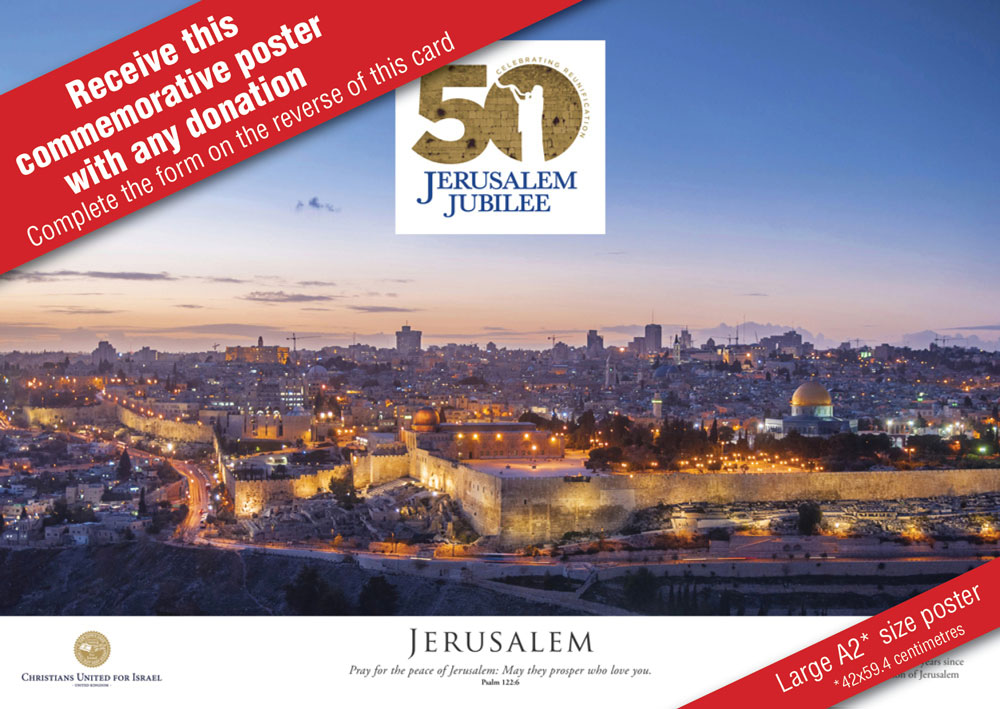 We also encourage you to prayerfully consider becoming a partner with CUFI-UK by giving a monthly donation to our work. This will enable us to have a solid foundation of support moving forward.

Thank you for your support and may you be blessed as you follow the heart of God in standing with Israel and praying for Jerusalem.