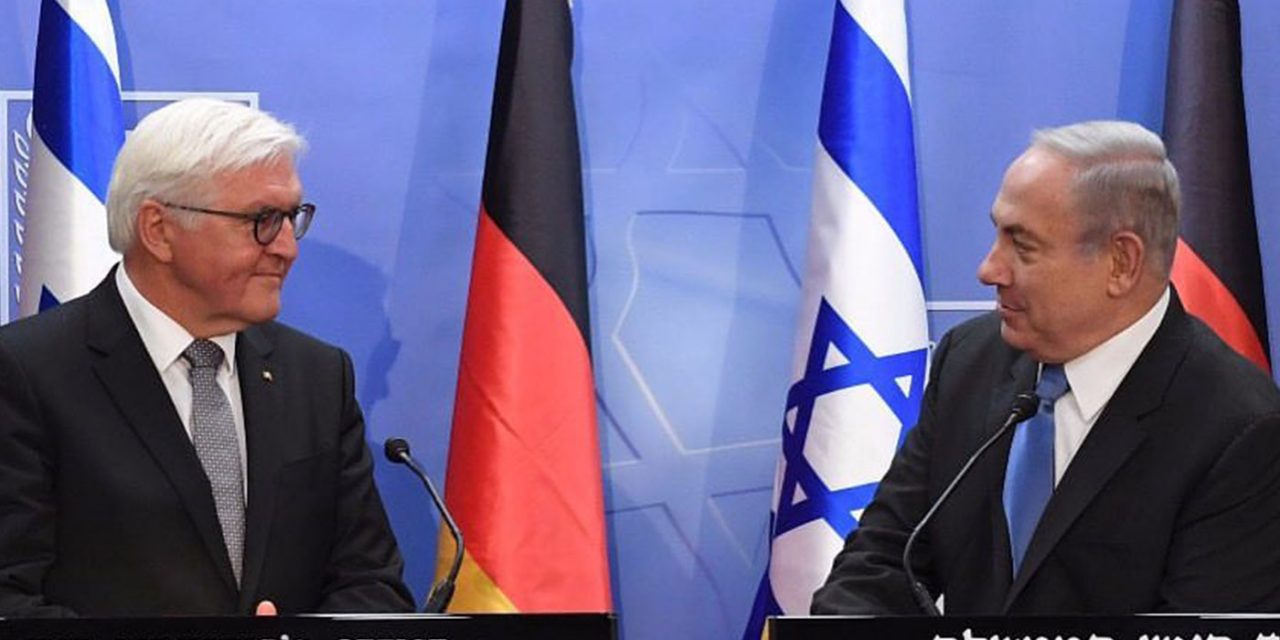 Netanyahu, after meeting with the German president, slammed the glorification of terror and incitement to violence by the Palestinian Authority, adding that the world community must demand “accountability” from its leadership.

Following his meeting Sunday with visiting German President Dr. Frank-Walter Steinmeier in Jerusalem, Israeli Prime Minister Benjamin Netanyahu, in a statement to the press, slammed the glorification of terror and incitement to violence by the Palestinian Authority (PA), adding that the world community must demand “accountability” from the PA.

Steinmeier’s visit was an opportunity to mend a recent rift between the two countries. Less than two weeks ago, Netanyahu canceled a meeting with German Foreign Minister Sigmar Gabriel, who, during his visit to the Jewish state, insisted on keeping his appointment with two extreme-left wing groups critical of Israel.

Asked to choose between Netanyahu and anti-Israel NGOs that call IDF soldiers “war criminals,” Gabriel chose to meet with the latter.

Steinmeier played down the recent tensions, saying that ties between Germany and Israel were “solid and can withstand all challenges.”

The relationship is “so broad that I think they can endure some turbulence like that taking place in the last 14 days,” he added.