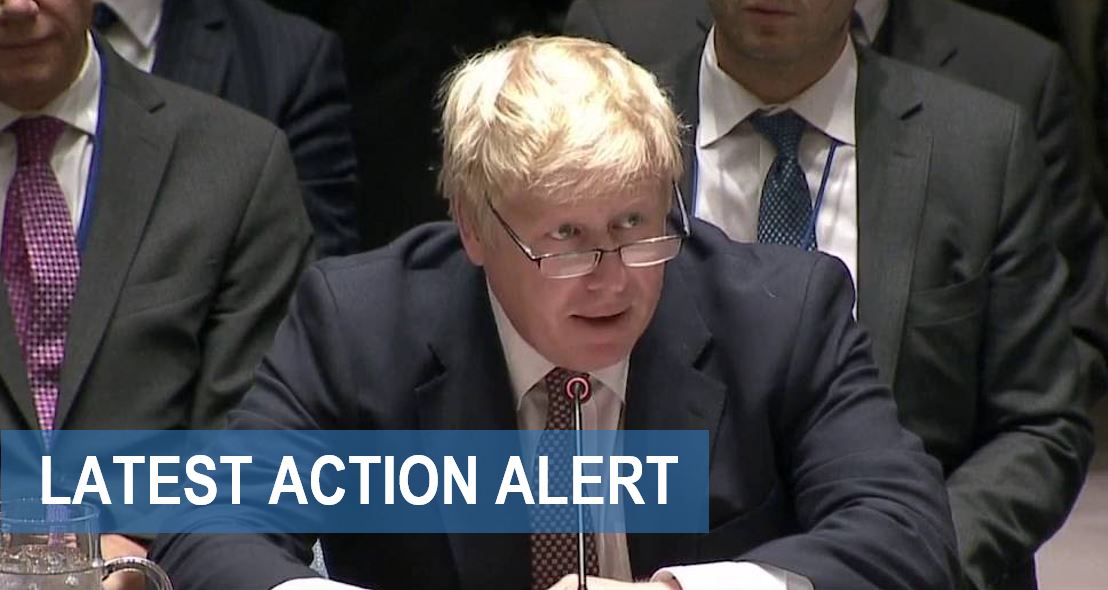 Please join us in calling for the UK Government to put pressure on the UN to stop its bias against Israel.

Echoing the words of US Ambassador to the UN, Nikki Haley, “the days of Israel-bashing at the UN are over.” And with YOUR help we believe that Britain can take a leading role in bringing this change.

Contact the Foreign Secretary (with copy to your MP)

Bias against Israel is rife at the UN. For example, in the 2014/15 session the United Nations Human Rights Council, whose membership includes Saudi Arabia, Qatar and Venezuela, passed 20 resolutions critical of Israel and only three resolutions for the rest of the world. They were Iran, Syria and North Korea who merited just one mention each.

Perhaps the most astonishing resolution passed was at the United Nations Educational, Scientific and Cultural Organisation (UNESCO). This organisation decided to rewrite history and support a resolution, submitted by the Palestinians, that ignored the Jewish connection to the Western Wall and Temple Mount.

You can find out more about bias against Israel at the UN and why it is happening at our new dedicated page at www.cufi.org.uk/UN

As we approach this Balfour Centenary, celebrating when Britain took a decisive step in recognising the Jewish people’s right to their historic homeland, we are calling upon Foreign Secretary, Boris Johnson, to confirm that Britain will challenge and vote against anti-Israel bias at all UN institutions.

In partnership with Israel Britain Alliance, we have made it possible to contact the Foreign Secretary in just a few simple steps. It literally takes just a few minutes.