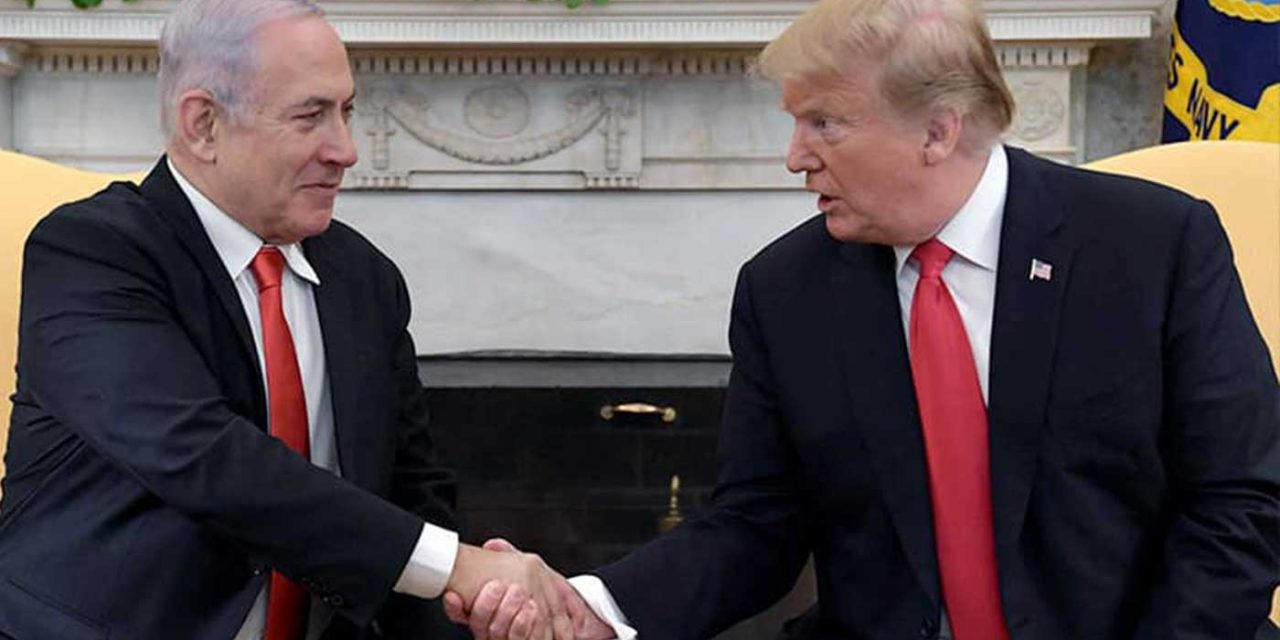 Israel’s Prime Minister Benjamin Netanyahu has welcomed moves by US President Donald Trump to sanction any International Criminal Court officials who investigate US troops, as the tribunal examines alleged war crimes in Afghanistan.

“This kangaroo court is a politicized court,” Netanyahu said. “It’s obsessed with conducting witch hunts against Israel, the United States and other democracies that respect human rights, while turning a blind eye to the world’s greatest abusers of human rights, including the terrorist regime in Iran.

“The ICC fabricates outlandish charges against Israel, outrageously claiming that Jews living in their historic homeland constitutes a war crime. Ridiculous! Shame on them,” the prime minister said.

President Trump issued an executive order on Thursday to block all US property and assets of anyone involved in investigating or prosecuting American forces.

Washington has never accepted the jurisdiction of the ICC, and Secretary of State Mike Pompeo said the Trump administration would not let US forces be “threatened by a kangaroo court”.

Both the US and Israel have refused to sign up to the ICC since its creation in 2002.

White House press secretary Kayleigh McEnany said in a statement: “The International Criminal Court’s actions are an attack on the rights of the American people and threaten to infringe upon our national sovereignty.”

“The ICC was established to provide accountability for war crimes, but in practice it has been an unaccountable and ineffective international bureaucracy that targets and threatens United States personnel as well as personnel of our allies and partners.”

“We are concerned that adversary nations are manipulating the International Criminal Court by encouraging these allegations against United States personnel,” McEnany said. “Further, we have strong reason to believe there is corruption and misconduct at the highest levels of the International Criminal Court office of the prosecutor, calling into question the integrity of its investigation into American service members.”

In December 2019, the ICC decided to open a full investigation into alleged war crimes in the Palestinian territories sparking a furious reaction from Israel and condemnation from the US.

Netanyahu said the decision made it a “political tool” against the Jewish state and his sentiments were echoed by other Israeli politicians who welcomed Trump’s decision.

Yamina chairman Naftali Bennett tweeted: “Thank you, yet again, DonaldTrump! The IntlCrimCourt is a corrupt and hypocritical organ, used by the worst enemies of freedom and justice. Great decision to sanction this farce. The ICC should be shut down.”

Ayelet Shaked wrote: “The International Criminal Court is being misused by the Palestinians and others to pursue political campaigns against democracies, while distorting international law. We congratulate President Donald Trump on his important decision to sanction the Court.”

The ICC has rejected the measures, meanwhile, the EU said the court “must be respected and supported by all nations” without addressing the apparent political bias against Israel and its allies.