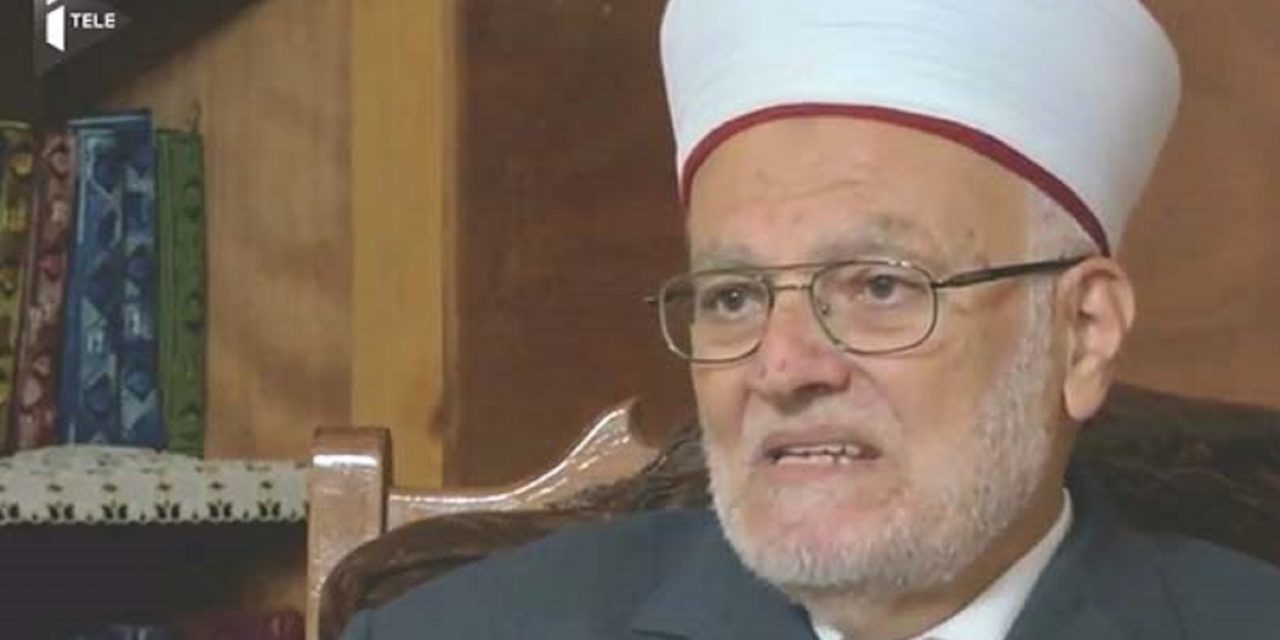 CUFI can reveal that the former Grand Mufti of Jerusalem, a terrorist-supporting, Holocaust-denying anti-Semite who has called for the destruction of Britain will meet MPs in the UK Parliament this September.

According to an email seen by CUFI that was sent to MPs, pro-Palestinian group, EuroPal, will be leading a delegation from Jerusalem between 11-15 September and includes Sheikh Ekrima Sabri (also known as Ikrima al-Sabri), who was Grand Mufti from 1994 to 2006. The purpose of the visit is to discuss the “recent escalation in Jerusalem”.

CUFI has launched a petition calling upon Amber Rudd to ban the extremist sheikh from entering the country and not be allowed to attend Parliament.

Appointed by Yasser Arafat, Sabri was removed by Palestinian leader Mahmoud Abbas over his increasing extreme views. He was also barred from entering France in 2012.

Here is an example of some of his hate speech:

And in a New York Times magazine interview with Jeffrey Goldberg about the Temple Mount, he said “If the Jews want peace, they will stay away from Al Aksa…This is a decree from Allah. The Haram al-Sharif belongs to the Muslim. But we know the Jew is planning on destroying the Haram. The Jew will get the Christian to do his work for him. This is the way of the Jews. This is the way Satan manifests himself. The majority of the Jews want to destroy the mosque. They are preparing this as we speak.”

The email from EuroPal to MPs suggests that the delegation wants to “promote dialogue and a better understanding of the Palestinian narrative” with the aim to “achieve justice and true peace in the Middle East”.

CUFI is partnering with Israel Britain Alliance in contacting every MP questioning the appropriateness of allowing the former Mufti into the Palace of Westminster. All MPs have also been sent a Timeline of Temple Mount Tensions, provided by CUFI.

CUFI UK Executive Director Des Starritt says, “At a time of increased fear of Islamic extremism in our country it is inconceivable that our Government would grant a radical hate preacher such a platform. This strikes a message of double standards. It implies terrorism against Jews is acceptable. The Home Secretary must act to prevent such a farce in our Parliament.”

If the UK Government wants to take a proactive approach in countering terrorism and incitement to hate, then it must BAN Sheikh Ekrima Sabri from entering the UK and NOT allow him to attend Parliament as planned.

Please add YOUR name to this petition and share with others to show your support to BAN Sheikh Sabri from the UK.